Bladder control: Is there a genetic treatment for urinary incontinence?

For many women — particularly those who are older, pregnant or overweight — a sudden sneeze or laugh can trigger a squirt of urine. And forget about jumping jacks.

Thanks to a genome-wide association study (GWAS) that identifies a gene that may contribute to stress urinary incontinence (the sneezing kind) or even the less common urge incontinence (aka “overactive bladder), women may be able to add a re-purposed drug or two to the list of gadgets, medications, and procedures that can lower leak frequency.

The best way to minimize stress incontinence,  is to do Kegel exercises, which contract the pelvic floor muscles. Also helpful is the bridge pose in Pilates (head and feet down, abdomen up). Wearing absorbent pads may work, as can losing weight and avoiding foods and drinks that promote peeing.

Of course, there are apps for leaks. iDry, BladderPal, and Kegel Kat chart trips to the bathroom, schedule Kegel reminders, or, in one app that Charmin sponsors, locate the nearest restroom.

Devices to treat urinary incontinence are held in the vagina to keep things in place, and resemble certain sexual aids that somewhat rhyme with “mildew.” Advertisements for one FDA-approved product that signals the bladder not to spasm proclaims itself “a trip to the gym for your pelvic floor.” 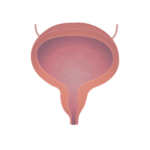 Clinicaltrials.gov, my go-to site for upcoming treatments, lists such interventions as a rectal balloon, a hydrogel shot into the urethra, electrical stimulation, and various “single-incision devices.” I was excited to see one study coaxing human induced pluripotent stem cells to become skeletal muscle progenitor cells, which presumably can be implanted into the muscles failing at supporting the offending organ.

The non-surgical Nu-V seemed promising until I noticed the spelling errors on the website, at the literary level of a Trump tweet.

The idea behind a GWAS is to narrow down parts of the genome that include specific gene variants that are found nearly exclusively among people with a particular condition – in this case, urinary incontinence. Complementing that analysis is cataloguing which genes are active in those with incontinence but not others – the transcriptome.

• CHRM3 encodes a cholinergic receptor. It’s already the main drug target for urge incontinence.
• SULF2 encodes a signaling enzyme and I’m not sure how it’s connected to incontinence. Maybe the published paper will eventually explain it.
• EDN1 specifies endothelin 1, a protein produced on the interior surfaces of blood vessels that is the most potent smooth muscle vasoconstrictor known. It’s expressed differently in bladders of women with stress incontinence. Bingo!

Implicating endothelin 1 is exciting, because drugs that target its pathway are already used to treat pulmonary hypertension and Raynaud’s syndrome, both of which arise from constricted blood vessels.

“Previous studies had failed to confirm any genetic causes for incontinence. Although I was always hopeful that we would find something significant, there were major challenges involved in finding enough women to participate, and then collecting the information about incontinence. It has taken more than five years of work, and has only been possible thanks to the existence of high quality cohort studies with participants who were keen to help. Clearly this will need further debate and an analysis, not just of the cost to healthcare systems, but also of the benefit to women who may be spared the distress of urinary incontinence.” 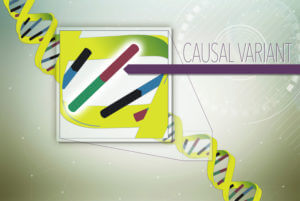 Finding a gene variant that could be behind urinary incontinence is more than a possible route to a repurposed new treatment. It is also  a shout-out to the value of basic biomedical research — something threatened in the proposed federal budget.

The awkwardly-acronymed “genome-wide association study” – GWAS – was at first more or less a fishing expedition, directing attention to a vast swath of genomic territory that might harbor a gene that could explain why a bunch of people with the same trait or condition share it significantly more often than do others. The roots of the technique go back to the earliest days of human genome sequencing, as researchers identified single nucleotide polymorphisms (SNPs) — single DNA base differences in a population — at specific sites among the 3.2 billion A, T, G, and C nitrogenous bases.

A GWAS is especially helpful to understand the causes of more common conditions, the ones that arise from interactions of more than one gene and the environment and that don’t exhibit the simple inheritance patterns of rare, single-gene diseases. A GWAS result can often be articulated in just a sentence or two, but it represents an incredible amount of work.

Now, with so many human genome sequences annotated since the first GWAS was published a dozen years ago, the technology’s time has truly come. Find enough participants, and a GWAS can zero in on important, possibly causative, genes. The evolution of GWAS is a little like that of Google maps, from imaging a town to highlighting a specific house.

The idea for a GWAS was hatched long before genome analysis became fast enough and deep enough to reveal enough information to dissect the molecular underpinnings of common conditions like incontinence. A short-sighted federal budget that slashes funding for the type of basic research that led to this and other biotechnologies is not in anyone’s best interest.