Extraordinary claims require extraordinary evidence. So said Carl Sagan, in reference to many topics, including the search for extraterrestrial life. We might take this to mean that we’d better have compelling evidence before deciding that life exists elsewhere. But Sagan also emphasized that in a galaxy of billions of stars, in a Cosmos with billions of galaxies, there probably were many worlds with life. So which would be more extraordinary, the presence of life elsewhere, or Earth being the only living world among quadrillions?

It’s a tough question, since we don’t have evidence of life anywhere outside of our own world. But the idea that we are alone in this vast universe looks increasingly unlikely, given recent discoveries here and in space.

On Earth, one major example, published in the journal Nature, is a finding of bacterial fossils from rocks in Quebec dated to an age of 3.7 billion years, at minimum. It’s possible that these fossils are from life forms as old as 4.5 billion years — meaning they were present soon after the formation of Earth and the rest of the solar system. This also would mean that they thrived in extremely hot temperatures. 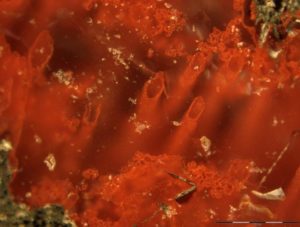 Meanwhile, discoveries across space over the past two decades have placed the number of confirmed planets in the thousands — merely around the Sun’s closest neighbors. And scientists using a NASA instrument have revealed a system of seven Earth-sized planets of a red dwarf star called TRAPPIST-1, three of them within the star’s “Goldilocks zone” — where water on the surface can exist as liquid. This adds to mounting evidence for dozens of other Earth-sized planets orbiting other nearby stars. Many of them, including the three Goldilocks planets of TRAPPIST-1, are good candidates for possessing atmospheres, which NASA’s James Webb space telescope, scheduled to launch in late 2018, will be able to scan for chemical signatures of life.

At the rate that astronomers are finding new, Earth-sized planets, there should be a plethora of worlds with surface water in ocean quantities. But there also are discoveries relevant to the prospect of life even outside a star’s Goldilocks zone. A finding of those ancient fossils in Quebec is one such discovery. The age range — 3.7 billion to 4.5 billion years — crosses over between the geologic time span known as the Archean Eon, when the Earth’s crust had cooled substantially, and the earlier Hadean Eon, a much hotter period. This is interesting because the bacterial fossils from Quebec look like remnants from microscopic life forms inhabiting hot waters near hydrothermal vents at the bottom of the ocean floor, and all of this dovetails with a hypothesis that early life on Earth was thermophilic, or heat-loving. This doesn’t mean that we should be looking for thermophilic life on Mars, the nearest place where we suspect there could be life, but it does expand on the environments that we could imagine as “habitable”.

At the other extreme, we know from studies on our own solar system that you can have liquid water beyond a star’s Goldilocks zone. You can’t have liquid water on the surface of a world that far out, but you can have it within a planet, moon, or an asteroid — under an icy surface if there is a way for such a world to get hot inside. We see this on certain moons of our own neighbors, including Jupiter’s moon Europa and Saturn’s moon Enceladus. They are covered in ice, but gravitational interactions between the moon and the giant planet that it orbits heat the core of the moon enough to liquefy water below the surface, and probes have told us that Europa and Enceladus each harbor a subsurface ocean.

Related article:  How Brexit will impact the future of farming, GMOs and gene editing in Britain and Europe

Beyond that, NASA announced that it’s Cassini probe to Saturn detected the presence of hydrogen in water plumes that shoot out from Enceladus’ south polar region. Hydrogen means there’s an energy source to support life in the Enceladus ocean. It also complements previous measurements showing the plumes contain organic matter (another necessity for life) and very tiny rock particles. The latter had to have been formed by hot water, as happens near the hydrothermal vents at the ocean floor on Earth, where the heat and high-energy chemicals support an ecosystem that exists independent of sunlight. Given this, and the fact that this small moon of Saturn, shoots out its ocean material into space, life forms — if they exist — could be sampled by future probes with no need to land and drill through ice. Thus, Enceladus, has skyrocketed to the top of the list of targets for future life-search missions. 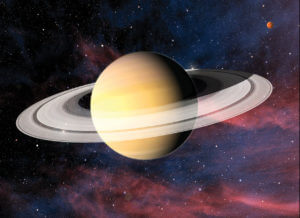 The sub-ice oceans, the TRAPPIST-1 system, the Quebec fossils — all these discoveries impact astrobiology and the search for life by showing us that life is plausible in many environments. But the new finding in Quebec also is relevant to another dimension of origins of life research, namely the issue of whether Earth life originated on this world, or came from somewhere else.

There are two origins-of-life scenarios possible for Earth. In the first, living forms with DNA as the hereditary material, and the Genetic Code (the translation between DNA sequences and amino acid sequences that constitute proteins), could have emerged on this planet from non-living chemistry. This is called abiogenesis, it had to occur somewhere, and could have occurred multiple times.

The other scenario — called transpermia — is that life was deposited on Earth, with the arrival of microorganisms from across space. This is plausible, because microorganisms can survive within rocks, and large amounts of rock travels constantly between the planets of the inner solar system. Transpermia does not explain abiogenesis, but moves it backward in time and to somewhere other than Earth. The further back in time, the closer to Earth’s formation, that we find fossils, the more plausible an interplanetary seeding scenario becomes. That’s because we have ideas about how abiogenesis could have taken place, but we don’t know the details, so we don’t know how much time it requires. If it takes a few months or years, we could look right back to Earth’s Hadean epoch, or at least the end of the Hadean as the temperature started to drop. But if abiogenesis requires hundreds of millions of years, then having fossils aging 3.7 billion to 4.5 billion years becomes problematic for an abiogenesis event occurring on Earth, or even Mars (which cooled down sooner). In such a case, we could be looking at origins of life from somewhere other than Earth. This has implications for the prospect of life elsewhere, because it means that life can transfer easily between planets.

On the other hand, a fast abiogenesis on Earth also would be good news for the search for extraterrestrial life, since it would imply an easy origin for life across the cosmos. Put together with the rapidly growing number of confirmed Earth-sized planets like those in the TRAPPIST-1 system, it’s looking likely that we inhabit a cosmos teaming with life.