Using Zika in the fight against deadly brain cancer

Sean Hall | September 27, 2017
This article or excerpt is included in the GLP’s daily curated selection of ideologically diverse news, opinion and analysis of biotechnology innovation.

Sen. John McCain has captured considerable attention in recent months while thwarting  congressional efforts to repeal Obamacare. The high-profile conflict between the Arizona Republican and his own party — including President Trump — has been amplified by the fact that it followed on the heels of McCain’s revelation that he was diagnosed with glioblastoma, a particularly aggressive form of brain cancer.

It is the same type of cancer that took the life of Ted Kennedy, the “Lion of the Senate” who spent his last months working on health-care reform. The fearsome disease has a median two-year survival rate of 30 percent, with half of patients dying within 15 months.

Traditional cancer-fighting tools — surgery, radiation and chemotherapy — have proven largely ineffective at halting the tumors. So research is increasingly turning to new drug combinations and out-of-the box treatment ideas. Which brings us to Zika.

Could the infamous tropical fever offer new hope for glioblastoma patients?  The Zika virus is a mosquito-borne pathogen that is closely related to yellow fever and dengue.  It’s most well-known effect is causing microcephaly — a severely underdeveloped brain in the fetuses of pregnant women who become infected.  It is extremely counterintuitive to consider that Zika could be welcomed back into society as medicine, much less as a treatment for brain disease.

Glioblastoma is a cancer of the glial family, the most abundant type of cell in the central nervous system, surrounding and insulating neurons.  While other brain cancers, such as astrocytomas and oligodendrogliomas, afflict just one type of glial cells, glioblastomas are cancers of the precursor cells, known as glioblasts. They can turn into any type of neuroglia.  This makes them, by far, the deadliest form of brain cancer, since they can adapt, blend in with their surroundings, and become extremely difficult to treat without damaging neighboring neurons.  Furthermore, they grow remarkably quickly, doubling in size every 50 days without treatment.

Treating this cancer with Zika is exactly what American researchers posit in provocative new research published in Rockefeller University’s Journal of Experimental Medicine.  The researchers tested the effects of Zika exposure to glioblastomas found in mice and samples of human brain tissue. Their experiments found that, in the brain, Zika is an “oncolytic virus” — one that prefers to infect and destroy cancer cells while leaving the vast majority of normal cells unscathed.  The glioblastoma-riddled mice showed remarkably shrunken tumors and survived “substantially longer and at greater rates” when infected with the Zika virus than did the mice in the control group.  The human brain tissue samples also noted dramatic reductions in tumor size.  While this is assuredly encouraging, it is important to remember that cancer in a real living human brain will not necessarily respond in the same manner as do cancer cells treated in isolation.

The result is surprising, but the underlying mechanism is logical, even elegant.  Zika is corrosive to the stem cells that differentiate to become neurons in fetuses.  Adults have few stem cells in their brains, so Zika is not neurotoxic to adults.  However, glioblastomas are rich in stem cells. It is this richness that allows them to adapt and disguise themselves so well in our brains.  “We hypothesized that the preference of Zika virus for neural precursor cells could be leveraged against glioblastoma stem cells,” explained study co-director Michael Diamond of the Washington University School of Medicine in St. Louis.  While most existing glioblastoma treatments risk either damaging healthy tissue or leaving some cancer, treatment via Zika offers the possibility of tumor degradation that spares the brain. 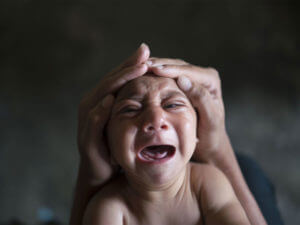 The team hopes to move their research to the human trial stage within 18 months.  Of course, humans may be less willing to become infected with Zika virus than mice, even if it is for treatment.  Before the human trials begin, the researchers are producing a modified version of the virus that will deactivate its pathology — except the oncolytic effects.  Diamond noted that, “Once we add a few more changes, I think it’s going to be impossible for the virus to overcome them and cause disease.”

Using notorious human viruses to alleviate the most treatment-resistant cancers is not limited to Zika and glioblastoma.  A recently-completed study at UCLA tested the efficacy of a modified version of the herpes virus on advanced melanoma in conjunction with chemotherapy.  The objective-response rate of the herpes treatment was 61.9 percent, with a partial-response rate of 28.6 percent and a complete-response rate was 33.3 percent.  This means that the tumors shrunk in almost two-thirds of the patients, and disappeared entirely in one-third of them.  The herpes therapy thus represents a desperately needed addition to the toolbox for the treatment of stage IV melanoma, the five-year survival rate of which is only 15-20 percent.

Several other oncolytic viruses are either already offered as treatment or are in the process of being studied, including the common cold, polio, and measles.  Viral therapy has become even more sought-after due to its coincidence with the advent of CRISPR/Cas9 gene editing, directed evolution of viruses and other synthetic biology paradigms.  Obviously, most cancer patients, who may already be weakened by invasive surgery, radiation, and drug treatments, will not be keen on submitting themselves to terrible sicknesses.  Synthetic biology offers the possibility of designing new viruses that can kill tumors without making their hosts sick.

Joe Biden, Beau’s bereaved father, helped shepherd the 21st Century Cures Act through Congress in December 2016 as one of his final actions as Vice President.  The bill earmarks $1.5 billion for research on brain disease and $1.8 billion for cancer research over the course of seven-years in what has been deemed a “cancer moonshot.”  In practice, its implementation has so far meant increased sequencing of tumor genomes and data sharing between hospitals, governments, and patients.  Though this will surely improve our execution of currently existing treatments, it falls short of the government’s ambitious goal to fund innovative new treatments for cancer.  For the moon to wax once more, policymakers should consider funding oncolytic viral therapies, such as human trials of the Zika virus against glioblastoma.

Sean Hall is a writer and engineering student at Santa Rosa Junior College exploring the overlap between politics and synthetic biology. Follow him on Twitter at @seantheserene.