Can the microbiome join DNA and fingerprints in the CSI toolkit?

The bacteria inhabiting your gut and skin might determine your innocence of a crime. Or, it might falsely accuse you of foul play.

Questioning what the human microbiome is and does is a raging trend, with possible applications from the etiology of diseases from Crohn’s to multiple sclerosis. Now, forensic science has entered the microbiome fray.

A number of researchers have argued that our microbiomes are so unique that they could be used to identify criminals, tracking DNA in bacteria left behind, much like DNA sequencing and typing and fingerprints are used for other forensics applications. However, a number of experts are skeptical that microbiome DNA analysis is unique enough to separate a criminal from thousands of other people. Even the analysis of DNA itself in a forensics lab may not be as reliable as originally believed.

Scientists have found that testing the microbiome of the gut or skin showed that microbiomes are quite specific. And, it turns out that on everything we touch, even if we sit down fully clothed, we leave behind a residue of bacteria from our microbiome. Some researchers have even described a “microbiome cloud” that surrounds us when we walk by, leaving behind a unique trace. 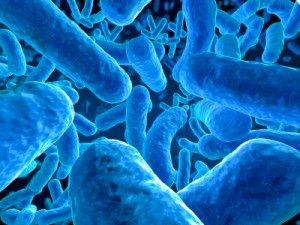 Testing an area of bacterial DNA called the 16S rDNA region (so named because it’s a gene that expresses support structures of the ribosome measured as 16S) has shown a good deal of variation in bacteria in the microbiome. This 16S region is very specific to each bacterium and within a species changes very slowly, making it valuable to determining if enough variation exists in us to convict (or exonerate).

More than a few skeptics 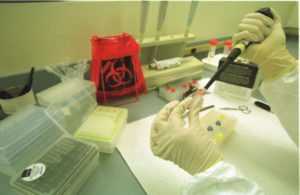 Not everyone is on board, however. Elizabeth Bent, a researcher at the University of Guelph, Ontario, warned that changes in diet can produce sudden and dramatic changes in microbiota composition, at least in the gut. In a comment to a news article in Science, she wrote:

Other studies have shown effects of sleep patterns, exercise, illness, and antibiotics/medication on gut microbiota. To put someone in jail or on death row because of a flawed analysis is serious- A 16S analysis is definitely not adequate for differentiating individual strains of bacteria.

16S rDNA does have its limitations—it shows variation among bacteria, not so much among people. And it’s still not clear whether studying bacterial DNA variations could scale up; that is, provide enough accurate information to differentiate among thousands or billions of people.

There are also problems with analysis of DNA itself. Greg Hampikian, a biologist and criminal justice specialist at Boise State University, found a number of biases among forensics experts, even though they were all looking at the same crime scene DNA evidence. Therefore, based purely on DNA results, they should have arrived at the same conclusions. They didn’t. Hampikian wrote that “the majority of ‘context free’ experts disagreed with the laboratory’s pre-trial conclusions, suggesting that the extraneous context of the criminal case may have influenced the interpretation of the DNA evidence, thereby showing a biasing effect of contextual information in DNA mixture interpretation.”

Another group, called the Microbiome Quality Control project, has tasked itself with comparing all studies on microbiomes, and looking for variations in methodologies (and results) that could improve the ability of the microbiome to make better predictions, perhaps even ones that could stand up in court.