Due to the fact that member states are completely divided over this sensitive issue, GMOs have always been authorised by the executive (the Commission) without the support of the legislative (the Council). This poses a serious threat to democratic accountability.

As the figure below shows, voting behaviour on GMO authorisation requests varies greatly between member states but also within member states over time. 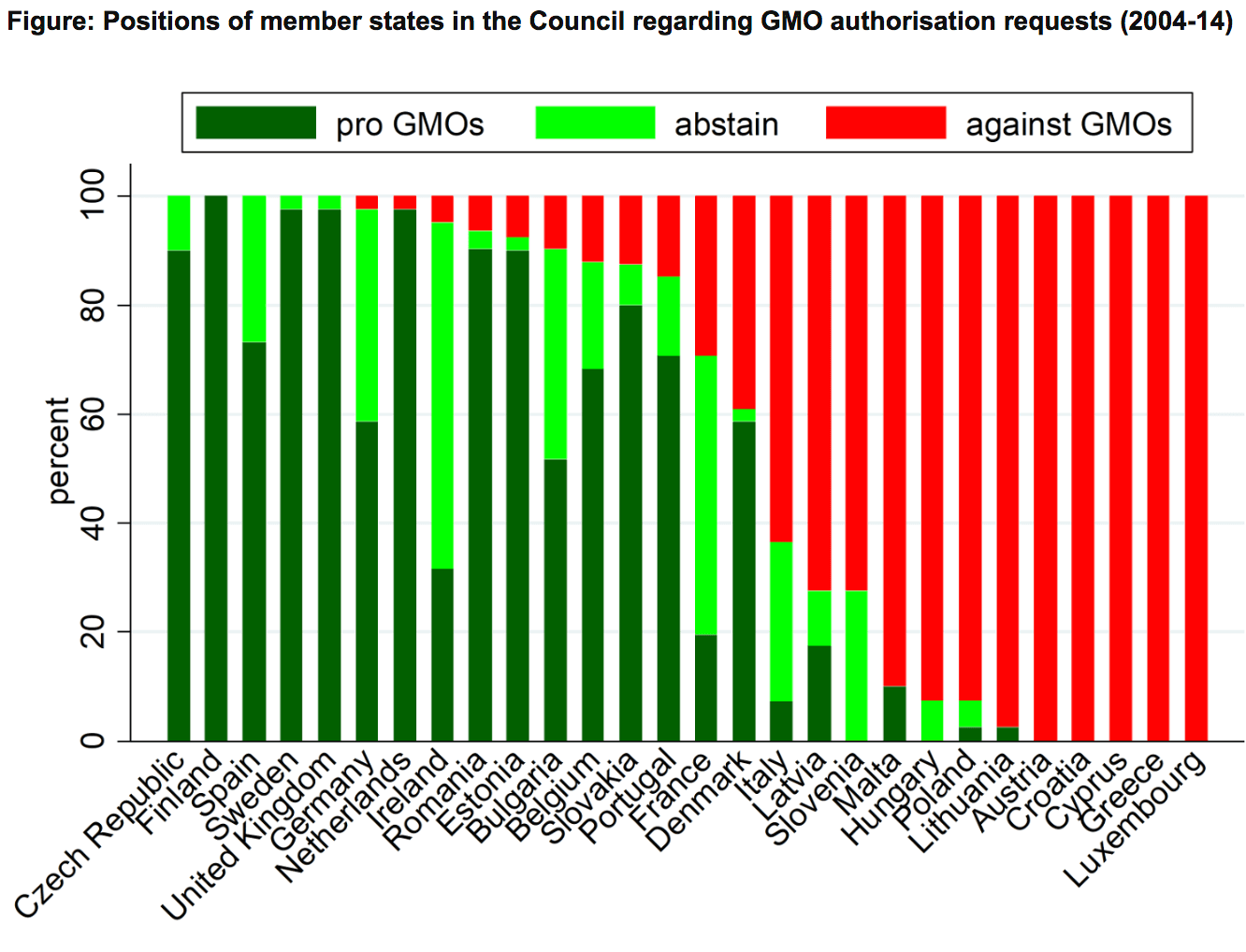 When testing which factors affect voting behaviour on GMOs, we observe a significant effect with respect to national public opinion. Ministers representing publics that are more concerned about the use of GMOs are less likely to vote in favour of authorisation requests. Furthermore, Council votes on GMOs are affected by the ideological background of ministers.

Although ministers have been shown to be responsive to national constituencies when voting on GMOs, the outcome of the entire process – i.e. the authorisation being granted by the Commission – is not democratically legitimised, as it is not based on the necessary level of approval, but simply on the absence of the necessary level of opposition.

The GLP aggregated and excerpted this article to reflect the diversity of news, opinion and analysis. Read full, original post: How EU member states have tried (and failed) to reach agreement on GMOs – and what it could mean for EU decision-making