What foods have pesticide residues? When do the chemical traces pose dangers?

What sounds more appealing, a serving of alfalfa sprouts with a trace of glyphosate or some fresh, organic castor beans with a touch of natural ricin? Or maybe a cup of raw, organic almonds that may have a hint of naturally occurring cyanide? Before answering, consider the potency and effects of each toxin and the quantity that ends up on your plate.

“Bad” molecules are not created equal and biological effects always come down to one factor: dosage—that’s what decides whether a compound actually produces toxic effects in the short-term, or long-term effects, such as cancer.

The example of castor beans is extreme, since ricin is one of the most potent naturally occurring poisons, but it illustrates a point. The Washington, DC-based lobbying organization known as the Environmental Working Group (EWG) highlighted a published report concerning glyphosate use, which concluded the following:

Genetically engineered herbicide-tolerant crops now account for about 56% of global glyphosate use. In the U.S., no pesticide has come remotely close to such intensive and widespread use. This is likely the case globally, but published global pesticide use data are sparse. Glyphosate will likely remain the most widely applied pesticide worldwide for years to come, and interest will grow in quantifying ecological and human health impacts. Accurate, accessible time-series data on glyphosate use will accelerate research progress. 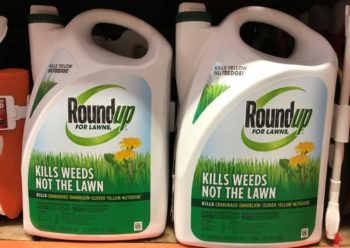 Commonly known as Roundup, glyphosate has been a target of GM critics, who have blamed the compound for a plethora of ailments, from cancer, to autism, gluten sensitivity, and ‘leaky gut’ syndrome, based mostly on correlation graphs in fringe journals. In 2015, the World Health Organization’s International Agency for Research on Cancer (IARC) classified glyphosate as “probably carcinogenic”, but various scientific and professional organizations have questioned the quality of the studies that IARC had used in its evaluation. In October 2015, the United States Environmental Protection Agency (EPA) criticized IARC for using incomplete data, and concluded that glyphosate is safe the way it is currently used.

Glyphosate is an inhibitor of the enzyme 5-enolpyruvyl-shikimate synthase (EPSPS). Plants and some microorganisms use EPSPS in the synthesis of the aromatic amino acids: tryptophan, phenylalanine, and tyrosine. Animals don’t have EPSPS, which is why tryptophan and phenylalanine are essential (we need them in the diet) for us (tyrosine is not essential, because we can make it from phenylalanine). But the lack of EPSPS also means that glyphosate does not interfere with protein synthesis in our cells, and this specificity is what makes glyphosate useful as an herbicide.

As for concerns that glyphosate could have more chronic effects by affecting EPSPS in gut bacteria, or affecting human cells through other mechanisms of action, this has to be considered in terms of quantities of the herbicide that actually ends up on people’s plates. The EWG article correctly reports that usage of glyphosate has increased substantially, but the Environmental Projection Agency (EPA) has set limits—limits that err on the side of safety (one tenth the quantity of a harmful dose of a substance is permitted).

It may be significant therefore that EWG has ranked several foods in terms of being dirty, or contaminated, with pesticides as follows: Strawberries, Apples, Nectarines, Peaches, Celery, Grapes, Cherries, Spinach, Tomatoes, Bell Peppers, Cherry Tomatoes and Spinach. 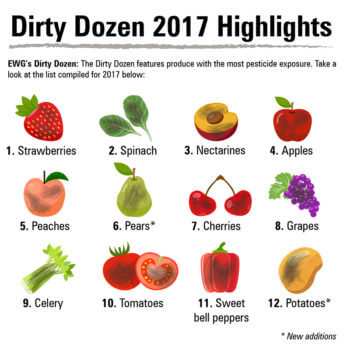 Apparently, the ranking is based on concentrations of pesticides detected in these crops, strawberries having the most—as if to imply that more is worse and less is better. In fact, more of a toxic agent IS worse than less—but only the levels being compared are above the threshold of toxicity, which was not the case here. In 2014, in its Pesticide Data Program (PDP), the EPA tested all of the dozen products on EWG’s dirty list. The U.S. Department of Agriculture’s (USDA) Agricultural Marketing Service (AMS) Deputy Administrator, Dr. Ruihong Guo, explained the results:

Each year, the Pesticide Data Program uses rigorous sampling and the most current laboratory methods to test a wide variety of domestic and imported foods.  Again, the resulting data in this year’s report give consumers confidence that the products they buy for their families are safe and wholesome.

The 2014 PDP Annual Summary shows that over 99 percent of the products sampled through PDP had residues below the EPA tolerances. Residues exceeding the tolerance were detected in 0.36 percent of the samples tested.

This work covered all 12 of the so-called “dirty dozen”, suggesting there’s no need to worry about residues of pesticides of any kind in strawberries. Interestingly, the EWG article admits that “you can definitely remove a substantial amount of those surface pesticides through careful washing and light scrubbing”. But, washing aside, does this reasoning on residue levels also apply specifically to glyphosate? One perspective on this comes from looking at how an analysis of glyphosate in wine was handled by one organization.

The activist organization Moms Across America organized testing of products, including wine, for evidence that they contain glyphosate. For glyphosate, EPA limit comes out as a certain number or parts per million (ppm). How does this compare with the Moms Across America findings? It turns out that it differs by three orders of magnitude; the brand of wine with the highest levels was a certain 2013 batch of conventional Cabernet Sauvignon, showing glyphosate levels of 18.74 parts per BILLION (ppb). 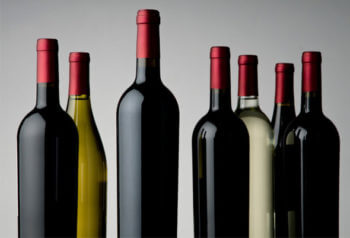 Now, this was roughly 28 times the level found in a certain brand of organic wine—a difference that the Moms Across America Report placed at center stage, implying that perhaps the organic wine must be less toxic. That might be logical if only the 18.74 ppb level were anything close to the danger level, but the danger level is thousands of times higher, so the factor of 28 between the two brands is not meaningful. Based on these results, when it comes to glyphosate, all of the wines were found to be safe. Unless one drinks an enormous amount of wine—many thousands of bottles—glyphosate is not a health concern, and drinking wine in such quantities raises the issue of toxicity from another chemical, namely alcohol. Wine from any grapes—organically or conventionally grown—is not as toxic as castor beans or raw almonds that have generated significant cyanide levels, but it’s somewhat toxic, and it’s major toxin, alcohol, may not be something that opponents of GM-grapes would like to see drop down to lower levels.

Quite different from glyphosate, alcohol in quantifies that many human beings ingest regularly, has incontrovertible negative effects on human health, including liver disease, heart disease, and several cancers. With respect to the latter disease category, estimates based on studies to date are that 5.8 percent of all cancer deaths are attributable to alcohol, which raises the question of what activist groups will choose as the next product to test for dangerous levels of glyphosate –tobacco perhaps?