Some have questioned whether GM crops have been responsible for increased crop yields. Comparing US yields to European Union yields (where GM crops are banned) provides evidence that GM technologies have increased crop yields…Banning yield-enhancing technologies means that food crop production will be lower than would otherwise be the case, and more water, land, and other inputs will be needed to increase global food production.

A recent New York Times article by Danny Hakim titled “Doubts About the Promised Bounty of Genetically Modified Crops” discussed the impact of GM crops in the United States and Canada by comparing crop yield outcomes in those countries with outcomes in the European Union, which has banned GM technologies. Hakim asserts that although the United States has been using GM crops for two decades, yield trends between the two regions have not changed. Several other reports appear to echo similar concerns about an apparent lack of GM technology benefits. However, those assertions run counter to research that indicates GM technologies can increase yields through increased plant populations and reduced rotational impacts at the lower end of yield distributions, as well as improved pest control. 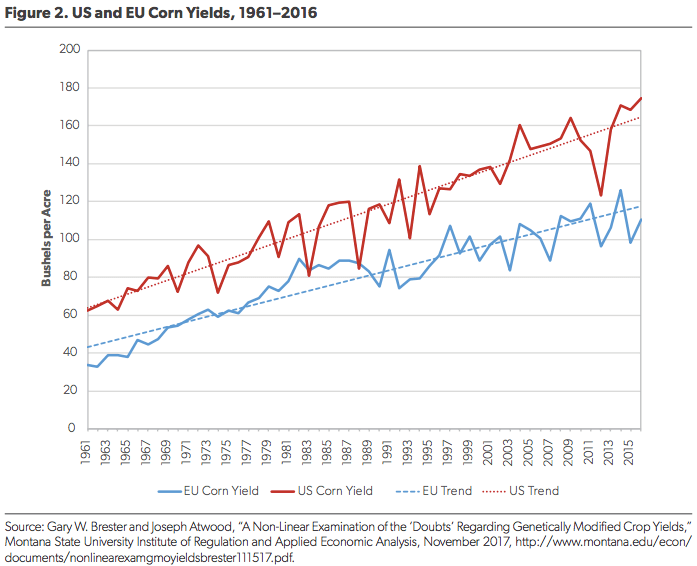 Read full, original post: There Is “Little Doubt” About the Promised Bounty of Genetically Modified Crops