Editor’s note: This is the final installment in a four-part series examining genetic engineering’s impact on our lives. The first explored the potential for CRISPR and gene editing to change the food we eat. The second examined regulatory obstacles blunting the potential of genetically engineered animals. The third looked at the role of gene editing in medicine. Photo by Orin Langelle / photolangelle.org

Genetic engineering began modestly in 1972 with the direct transfer of DNA from one organism to another. The first GMO crop was produced in 1983 when an antibiotic-resistant gene was inserted into a tobacco plant. GE has come a long way since and it is now commonly used to design many of our crops, medicine and even the clothes we wear. There is even a fast-growing genetically engineered salmon now being sold in Canada.

In the near future, these GE innovations may appear to be pulled from the realm of science fiction, as researchers look for ways to make crops resist diseases, fortify their nutritional content and adapt to climate change. It will be used to create drugs that can extend life expectancy and develop new types of materials for clothing, biofuels and plastics.

One of the most recent promising GE developments involves trees, many of which are threatened by diseases, pests and climate change. Researchers in Brazil, for example, have developed a eucalyptus tree that grows 40 percent faster and can be used for paper, fuel pellets for power stations and to potentially power cars.  In the US, the Department of Agriculture is moving towards approving the commercialization of a freeze-tolerant eucalyptus tree.

Scientists have developed blight-resistant chestnut trees, and are anticipating approval. Pest-resistant poplar trees have been commercialized in China and in the UK, research is being conducted to develop a disease-resistant ash tree.

ArborGen, a US company that specializes in GE trees, has developed a pine tree engineered for greater wood density. Scientists are also working on engineering trees with fibers that are easier to break down to reduce the amount of chemicals and energy needed to produce paper.

Flowers are a new frontier for genetic engineering, although most are still in the development stage. Blue roses and  blue chrysanthemums have been created. Scientists in Japan have changed the color of the Japanese morning glory plant to violet from white. A team of researchers at the University of Florida have discovered some of the genes that control the chemicals responsible for creating a flower’s scent, opening the way for manipulating those genes to produce desired fragrances. Scientists in Spain have created plants that do not spread allergens. The Australian company Bioconst is working to create glow-in the dark flowers using fluorescent genes isolated from jellyfish.

We’ve already seen GMO orange petunias on the market, though these accidental creations (available for 20 years) were discovered, pulled from the shelves and destroyed last spring in a fit of regulatory hysteria. The first commercially grown GM flower may end up being a version of baby’s breath — used in bridal bouquets — developed by researchers in Kenya.

There’s also the potential for a GMO grass developed by Scotts Miracle-Gro. The grass requires less fertilizer then regular grass, grows at half the speed and is resistant to glyphosate. It was approved in January 2017 by the USDA, which said it had no jurisdiction to regulate it. Still, there are no current plans to sell it for a host of reasons, including potential liability from glyphosate drift.

One of the most exciting new fields of genetic engineering, still in its early stages, is synthetic biology. Examples of synthetic biology involve the engineering of yeast, algae and bacteria for a variety of purposes. Ginkgo BioWorks, for example, is engineering yeast to produce chemicals for the flavor, fragrance and food industries. The company has created microbes that are the basis for perfumes, cosmetics, organic pesticides and sweeteners for corporate clients.  One product in development is a yeast that produces a rose scent used by the French fragrance company Robertet. Producing the scent via genetic engineering is cheaper and less time consuming than the traditional method, which involves squeezing oils from flower petals.

Algae is considered the new frontier of synthetic biology because it can be used as the basis for making so many things. As Popular Science noted:

With genetic engineering, scientists can develop algae that grow faster and ward off deadly bacteria. They can create algae that produce more oil — which can then be turned into biofuels or biodegradable plastics. Or, they can engineer algae to be more nutritious, whether consumed by livestock or people.

Genomatica has engineered bacteria to help convert garbage into plastics. A team of scientists in Norway and Romania have developed yeast that has the potential to clean up heavy-metal pollution. Genetic engineered bacteria could be used to clean up oil spills. Green Biologics is engineering bacteria to produce chemicals such as butanol that are used in paints, adhesives, cleaners and flavors. Lygos has engineered sugar into specialty chemicals that are used in manufacturing.

Synthetic biology can be used to manufacture new types of fabrics that can be used to make clothing. Bolt Threads, a California based company, has produced spider silk neckties made through a yeast fermentation process that produces silk proteins, which then is used to create fibers.

Modern Meadow, based in New Jersey, is working on a non-animal based leather produced via a process that involves engineering yeast to make a protein identical to bovine collagen, which is the main protein in cattle. The first product the company will make is a T-shirt. 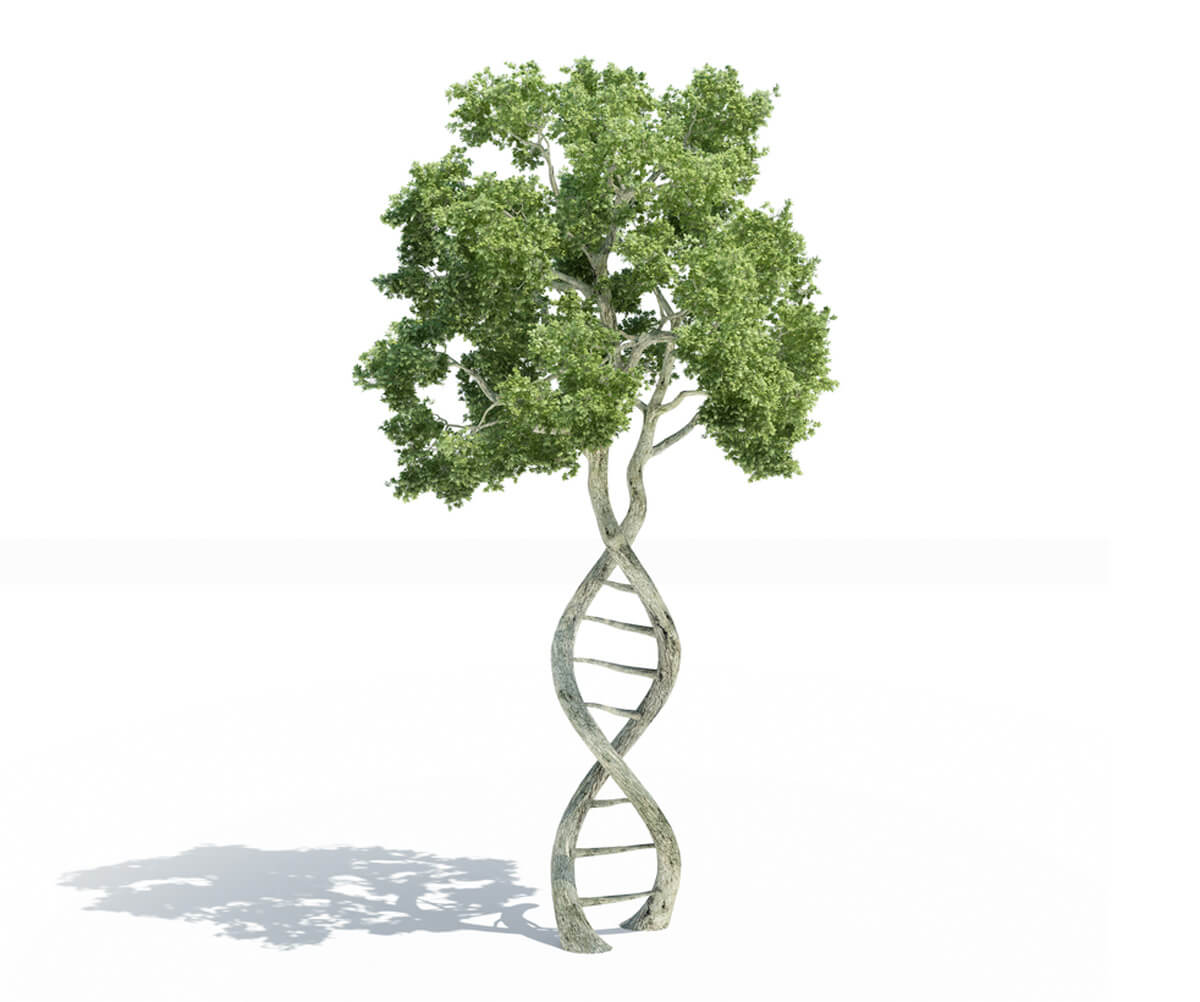 Many of the novel ways in which genetic engineering will be used is meeting strong resistance from those opposed to the technology no matter its use.  There is, for instance, strong opposition to genetically engineering trees from dozens of activist groups, including the Dogwood Alliance, Food Democracy Now, Popular Resistance and the Campaign to Stop GE Trees, which makes these claims on its website:

GE trees pose a huge risk of contaminating forests, damaging ecosystems and harming communities…People living near the GE plantations face health risks from the altered tree pollen and the toxic agrochemicals used on the plantations (pesticides, herbicides, fertilizers)…There is no way to accurately assess all the risks posed by trees that live so long and have such intricate interactions with so many species, including humans.

Nothing in that statement is scientifically accurate.

Each GE product is assessed on its own merits. The revived American chestnut has been evaluated by various independent government agencies for a range of potential ecological hazards, including every one of those raised by the ‘Campaign,’ and rejected. The scare effort is anti-science at its worst. There is particular antipathy in the anti-GMO community toward synthetic biology since, unlike GMOs, it remains loosely regulated. The activist site Econexus writes:

The behavior of synthetic biological systems is inherently uncertain and unpredictable, yet the precautionary principle is not guiding research and development of synthetic organisms.

Friends of the Earth attacked the creation of a vanilla substitute developed via synthetic biology, calling it “an extreme form of genetic engineering.” Its food and technology campaigner urges the kind of strangulating regulations that have blocked GMOs—absolute guarantees of safety, which is not possible for any technology:

Claims of sustainability for this technology are questionable at best. We need regulations specific to these new technologies. We need safety assessments that can guarantee the absence of long-term health and ecological impacts.

The Non-GMO Project updated its standards to specify that ingredients derived from synthetic biology are included in the definition of genetically engineered organisms and are therefore prohibited substances.

There is no scientific rationale provided for this decision.  Instead it appears to be driven by a desire to demonize all forms of genetic engineering in food because they do not fit into the box that the Non-GMO Project considers to be natural.

Synthetic biology is an experimental form of artificial gene manipulation, and as such carries many of the same consumer concerns as genetic engineering…because of this, our Standard treats synthetically modified organisms (SMOs) just as rigorously as GMOs.

Once again, anti-GMO forces are using scare tactics to try to derail a technological advance already providing great benefits for humankind because it does not fit into their ideological world view. The reality is that we are in the early stages of a genetic engineering revolution that will profoundly impact the way we grow trees and flowers and the way we make plastics, biofuels, chemicals and flavors. We should welcome this scientific revolution and not be afraid of it.