This article or excerpt is included in the GLP’s daily curated selection of ideologically diverse news, opinion and analysis of biotechnology innovation.
Cardiac transplant candidates today face a problem faced oh so acutely by the Tin Man in The Wizard of Oz: Donor hearts are not so readily available, especially given the need for genetic tissue typing to match recipients with organs that are immunologically compatible in order to reduce the risk of organ rejection. But in many cases, however, a person can be very sick because just one region of the myocardium (heart muscle) is damaged, for instance due to ischemia (inadequate blood supply) persisting so long that the tissue dies (myocardial infarction [MI]). Restoration of circulation by opening up narrowed blood vessels via catheterization, or adding new vessels in a grafting procedure will not return the affected region to normal. It becomes a scar that sometimes must be removed or it can cause dangerous cardiac arrhythmias. Even if the scar doesn’t cause arrhythmias, it won’t beat normally with the healthy heart muscle that surrounds it; it’s just dead weight. However, if the damaged area is too large it can’t simply be excised, but it can be replaced with transplanted tissue that beats normally. 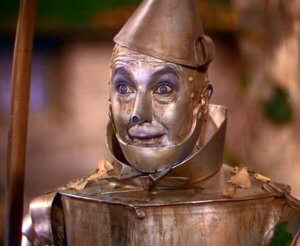 But if you’re going to all of this trouble to intervene, why not then go further and implant something better, something that doesn’t merely beat like the rest of the heart, but also provides monitoring and, if needed, electrical stimulation and/or medication. Think of it as a combined myocardial tissue transplant, implantable heart monitor-pacemaker-defibrillator, and drug delivery device. It’s called a cardiac patch and it’s the ultimate in clinically active human enhancement.

“With this heart patch, we have integrated electronics and living tissue,” Dvir explained. “It’s very science fiction, but it’s already here, and we expect it to move cardiac research forward in a big way. Until now, we could only engineer organic cardiac tissue, with mixed results. Now we have produced viable bionic tissue, which ensures that the heart tissue will function properly.”

For several years, Dvir has been applying nanotechnology to create a tissue substitute consisting of biological cells merged with electronics. The merging of electronics and biologics makes the devices not only bionic, but completely cyborgish. Earlier versions of the cardiac patch could act as surrogate for damaged areas of the heart. They could beat and stretch similar to natural cardiac muscle. The new version adds the capability for remote monitoring. Just as patients today are fitted with portable cardiac monitors that sense cardiac electrical signals through chest electrodes, or in some cases implanted electrodes, and transmit the data via telemetry for analysis in real time, Dvir’s new cardiac patch can send out signals to hospitals and physicians. With the patch, however, the monitoring is integrated with the cyborg implant that’s functioning as part of the heart muscle itself.

Related article:  Frozen in time: You can be cryogenically preserved, but will you ever be revived?

“Imagine that a patient is just sitting at home, not feeling well,” Divr said. “His physician will be able to log onto his computer and this patient’s file – in real time. He can view data sent remotely from sensors embedded in the engineered tissue and assess exactly how his patient is doing.

When Dvir said that the physician could intervene, he didn’t mean by calling the patient to come in for a checkup. Depending on what the data show, the physician change the pace of the heart (make it go faster or slower), or administer drugs to make the heart work better or even to regenerate more tissue. Also, like various non-biological heart monitors in use today, the cardiac path also can be order to deliver defibrillating shocks.

Eventually, the TAU team would like to add still more sophisticated electronics allowing the patch to work in a more automated fashion, plus they also are doing research for similar devices to integrate into the central nervous system (brain and spinal cord) when nervous tissue is damage by disease, or injury. With the cardiac patch, a future version might see both to its short-term and long-term welfare.

That idea may evoke science fiction images of cyborg implants gradually talking over the body. Consider, the Borg on Star Trek. But all technologies have potentially positing and negative applications. With the cardiac patch and envisioned patches in the central nervous system, the plans are for purely positive, life-saving, health-promoting applications. Yes, science fiction has dreamed up many negative cyborg scenarios, but there’s a simple reason for that: negative applications of technology produce conflict and any good storytelling depends on conflict.

Concerns about the distant future notwithstanding, the regular future is here. We’re not in Kansas anymore, Toto. We’re deep in the heart at the cellular level, with the 2016 version of the patch ready to save lives. Currently, approximately 25 percent of patients on the United States heart transplant waiting list (currently numbering more than 4,200 people) are at high risk of dying before a suitable donor heart becomes available. The cardiac patch has the potential to save many of them, not merely by stalling death until a donor heart is available, but by providing a way to repair their own hearts and avoid transplantation all together.