André Heitz | June 20, 2018
This article or excerpt is included in the GLP’s daily curated selection of ideologically diverse news, opinion and analysis of biotechnology innovation.

On March 21, 2018, Nature published a letter by French journalists Stéphane Foucart and Stéphane Horel, “Risks associated with glyphosate weedkiller resurface”. It came shortly after the inaugural session of the European Parliament’s Special Committee on the Union’s authorisation procedure for pesticides. Coincidence or planned coincidence?

The authors are well known for their activist reporting in le Monde against, in particular, GMOs and pesticides; they acquired some fame for a series of papers on the “Monsanto Papers” – in short, the importation into France and the European Union of the US Right to Know “investigative reporting.” They were in fact quite successful insofar as the European Parliament decided, largely on the basis of their writings, to set up a Special Committee on the Union’s authorization procedure for pesticides (still ongoing); and the debate on glyphosate is heavily polluted by what amounts to fake news.

They also earned two prizes, the Grand Prix Varenne in December 2017 and the European Press Prize in the investigative reporting category in March 2018. There is a sad irony in this. Both are fond of lines of argument best illustrated by Stéphane Horel – a former contributor to the Corporate Europe Observatory – on her Twitter account: “lobbywatcher for Le Monde, conflict of interests hunter…” Both prize juries (7 and 5 members, respectively) included a member of the Le Monde staff. Foucart and Horel gratefully accepted the prizes… Nobody is perfect…

Our letter not accepted

Nature isn’t perfect either. The relevance of the Foucart-Horel letter in Nature is at best questionable. Marcel Kuntz and I have therefore proposed another letter to the journal:

The Foucart-Horel letter does not adduce any evidence of risks.

In the latest round of evaluations, the following found glyphosate to be unlikely to pose any risk for health at human-relevant doses: the FAO/WHO Joint Meeting on Pesticide Residues (presentation); in the European Union, EFSA and EChA (which considers hazard); and various institutions in Australia, Canada, France, Germany, Japan, New Zealand, Republic of Korea, Switzerland, United States of America.

On 9 May 2018, the Swiss Federal Council endorsed a report from the Federal Office for Food Security and Veterinary Affairs (OSAV) and concluded that ‘no action is required in terms of health,’ noting that ‘those residues would be dangerous for health if one were to consume for instance 72 kg of pasta, 655 kg of bread, 10 kg of chickpeas or 1600 liters of wine per person per day.’

The decision of the International Agency for Research on Cancer (IARC) to classify glyphosate as a ‘probable carcinogen’, like acrylamide found in many foods, red meat or very hot beverages, is an outlier. Whilst it may hold true, in principle, as a hazard (to be distinguished from risk) warning, there is now proof beyond a reasonable doubt that it is riddled with conflicts of interest and misconduct.

Ironically, that proof stems from the documents that Foucart and Horel have selectively read and used. Ironically as well, the judge dealing with the lawsuits has opined that the expert testimony against Roundup (glyphosate), particularly that relying on IARC’s determination, is ‘shaky’ and that ‘the evidence that glyphosate is currently causing non-Hodgkin’s lymphoma in human beings at the levels of exposure they are currently experiencing is pretty sparse.’

Science says glyphosate is safe, if used according to instructions. Challenging this requires more than shaky theories: (new) facts.

Our proposed letter was met with a polite refusal :

[…] The competition for our limited space is severe, so we are able to publish only a very few of the many submissions we receive.

Letters selected for publication depend on a wide range of subjective editorial factors. These include: likely interest to an informal multidisciplinary readership; timeliness; the variety of fields recently represented in our columns; whether we have covered similar aspects of a particular topic before; the novelty of the viewpoint expressed; overlap with other submissions; and length of the submission […]

What does it mean?

But this standard reply raises a serious issue about the “subjective editorial factors.” Would it be that there was a “likely interest” in a piece of disinformation (debunked below) and that there would be none or little in a rebuttal? Would it be that a prestigious scientific journal actively contributes to the anti-glyphosate hysteria in Europe and the guerilla against the European regulatory system?

Innuendo and an irrelevant reference

Foucart and Horel wrote after a reference to the “Monsanto Papers”with a link to the USRTK website:

[…] We feel that our and others’ findings (N. Ghisi et al. Chemosphere 145, 42–54; 2016) justify concern over the expertise used by the regulatory agencies to evaluate the safety of glyphosate.

This is innuendo. Preposterous innuendo: the Ghisi reference, “Does exposure to glyphosate lead to an increase in the micronuclei frequency? A systematic and meta-analytic review,” does not support the claim. In addition, it reviews research, overwhelmingly from the gray literature, which has used glyphosate doses as high as 19,800 mg/L or mg/kg on mammals, non mammals and even plants. The lowest dose on mammals (6 + 6 Swiss mice) was 30 mg/kg, i.e., 60 times the revised European admissible daily intake (ADI).

Contingency planning is an admission of fault and guilt

From these documents, we formed the impression that Monsanto’s in-house toxicologists were concerned about the upcoming evaluation of their flagship product by the International Agency for Research on Cancer, and that they had anticipated the result before the agency classified the product as ‘probably carcinogenic to humans’ in March 2015. In 1999, the company had commissioned a confidential external expert review of the evidence, which suggested that glyphosate was mutagenic.

Monsanto had indeed “anticipated the result”… with a contingency communications plan as any responsible business would do, particularly in the context of hostility towards itself and its products. But in the activists’ view this is proof of admission of fault and guilt. Readers are even led to believe that Monsanto anticipated the IARC fiasco 16 years in advance (in essence that it always knew that there were health concerns).

Related article:  How to delay herbicide resistance and evolution of superweeds

This crooked suggestion is of course not new. But it is odd to find it in a scientific journal.

In addition, there is no such thing as a “confidential external expert review…” An experienced and impartial reviewer might have noticed that the statement comes with no reference. Fact is, James M. Parry, a professor at the University of Swansea (Wales), was requested to evaluate a package of studies provided by Monsanto. His two papers were confused and poor. 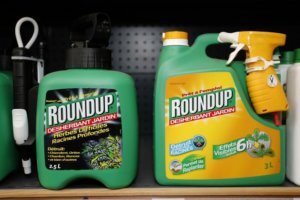 Who has added the references in the final paragraph?

“In 2016, the European Food Safety Authority declared the evidence on glyphosate’s carcinogenicity for humans to be “very limited” (see go.nature.com/2tjuq1i), partly on the basis of a large prospective study, the Agricultural Health Study (AHS; see also G. Andreotti et al. J. Natl Cancer Inst. http://dx.doi.org/10.1093/jnci/djx233; 2017). Yet Monsanto’s chief epidemiologist wrote in an internal report in 1997 that the AHS protocol rendered estimates of exposure to pesticides inaccurate, potentially masking associations between exposure and disease.”

The first link leads to a letter dated January 13, 2016, by EFSA’s Executive Director Bernhard Url; this is the reply to the ludicrous letter of November 27, 2015, by which Christopher Portier and over 90 other signatories – including, incidentally, IARC Director Elect Elisabete Weiderpass – urged European Commissioner Vytenis Andriukaitis to ditch EFSAs evaluation of glyphosate. It is rather surprising for a high-level scientific journal to accept a secondary reference in lieu of a link to the primary document.

In addition, the full relevant quote is as follows:

In contrast to the IARC evaluation of the epidemiological studies as being of limited evidence, the EU experts have concluded that the human evidence is very limited and, therefore, insufficient for classification under the CLP criteria. There is a minority view (one EU Member State) […]

Foucart and Horel did not cherry-pick “insufficient for classification under the CLP criteria”, or for that matter stronger language from the EFSA assessment report such as “glyphosate is unlikely to pose a carcinogenic hazard to humans and the evidence does not support classification with regard to its carcinogenic potential according to Regulation (EC) No 1272/2008.”

What is a reader unfamiliar with the issue to take from their text? That the Andreotti et al., 2017, paper provides “very limited” evidence, in other words that it is useless. This is plainly suggested by the last sentence.

Again Monsanto would have damned the Andreotti paper a full 20 years in advance!

Note also that the Andreotti paper is posterior to the EFSA assessment, and that the previous results from the AHS study (De Roos et al., 2005) were just one element out of dozens, if not hundreds, used by EFSA. And also by IARC… Therefore, if the EFSA assessment were to be held invalid because of a 1997 Monsanto pronouncement, so should the IARC classification!

And, of course, there is again no reference. What is dubbed here “an internal report” is an attachment to an internal E-mail, providing some “preliminary thoughts” to a Communications Subcommittee:

At your last meeting, I was asked to provide some background thoughts on Epidemiology and the Agricultural Health Study (AHS) that you could use to build positive messages. Please find some preliminary thoughts attached.

In addition it is conspicuously marked as a “draft”. Sheer intellectual honesty would require recognition that such a document provides no evidence beyond that of its mere existence.

This draft was produced at a time when the health research agencies were still enrolling participants in the AHS. Simply put, it is presumptuous to assert that John Acquavella would have made damning pronouncements on a then largely unknown protocol when exposing the limitations of the AHS “by comparison with the hypothetical ideal study.”

And, rather than flagging the risk of “potentially masking associations between exposure and disease,” he was, obviously, concerned by the possible false positives:

We are taken for a ride

With its publication of the Foucart-Horel letter, Nature has exposed the amount of disinformation and the level of distortion of facts that may go into three paragraphs of activist writing. Its non-acceptance of our letter, in turn, has allowed a debunking beyond the six paragraphs we proposed to the journal.

The verdict is scathing, particularly for the European Parliament which has acted and is still acting largely on the basis of such fake news, although they had been debunked previously.

Will it understand that it has been taken for a ride?

André Heitz is an agronomist by training and former United Nations system civil servant (International Union for the Protection of New Varieties of Plants – UPOV – and World Intellectual Property Organization – WIPO). He blogs in French.