2015 was the peak of the GMO labeling debate. Bills were being thrown around at both the state and federal levels, and millions of dollars was being spent by the organic industry to scare people about biotechnology.

In the middle of it all was dairy mogul Gary Hirshberg of Stonyfield Organic and head of their Just Label It campaign.

Emails received via a freedom of information act request…reveal his plan for a “rapid response team” so that nothing criticizing the anti-GMO movement would be allowed in the media. 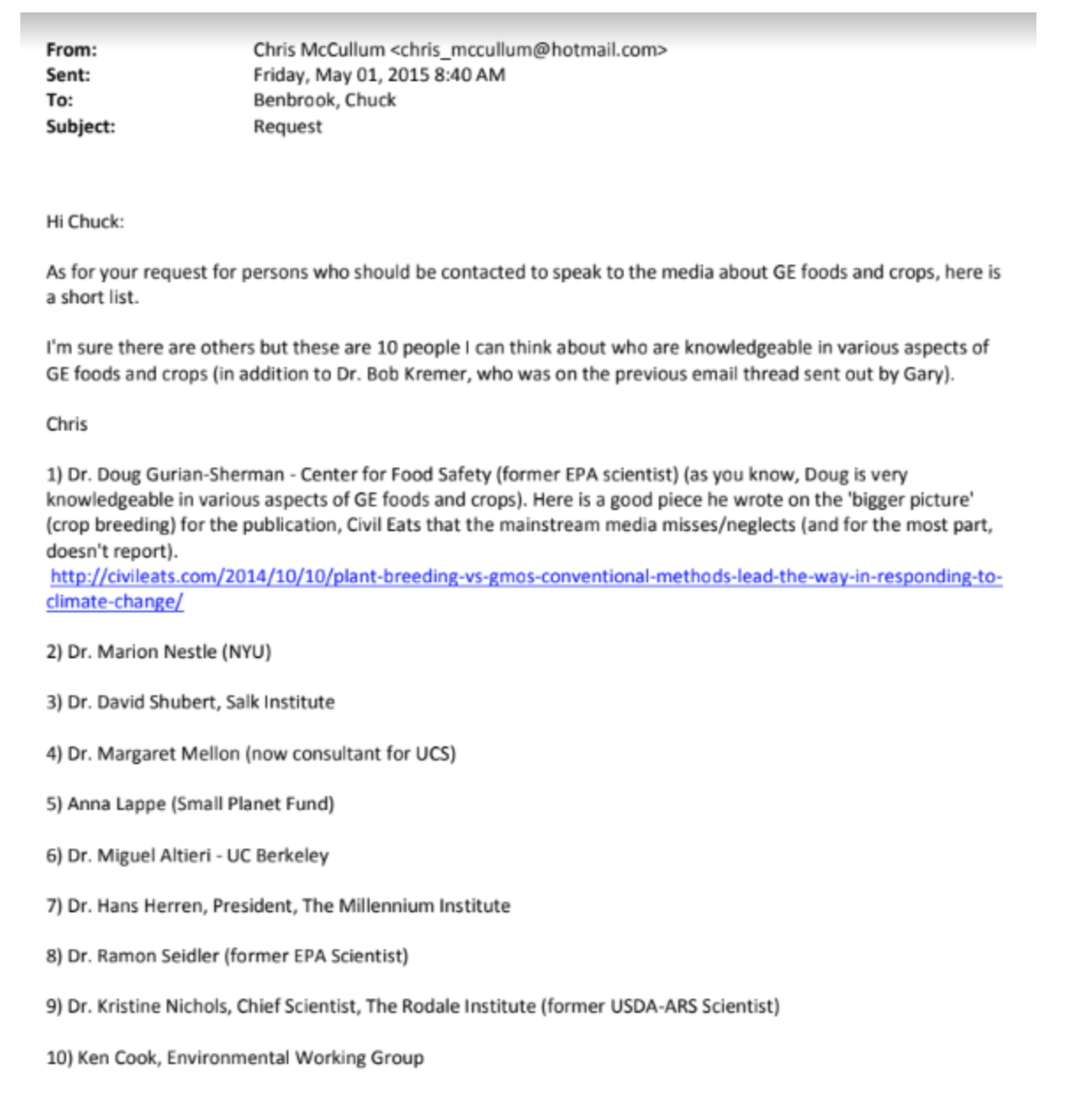 Most of these individuals went into overdrive for Hirshberg campaigning for his cause in the press and on social media.

For example, [New York University nutrition professor] Marion Nestle promoted a Just Label It petition on her blog Food Politics while Just Label It added the Environmental Working Group and [food activist] Anna Lappé to their list of “resources”.

Using such academics and activists to spread misinformation has been common for industry for decades…It is… important for journalists to beware of the false balance such industry promoted academics are attempting to portray.