In the 15 years since the Human Genome Project first exposed our DNA blueprint, vast amounts of genetic data have been collected from millions of people in many different parts of the world. Carlos D. Bustamante’s job is to search that genetic data for clues to everything from ancient history and human migration patterns to the reasons people with different ancestries are so varied in their response to common diseases.

David Rotman, MIT Technology Review’s editor at large, discussed with Bustamante why it’s so important to include more people in genetic studies and understand the genetics of different populations. 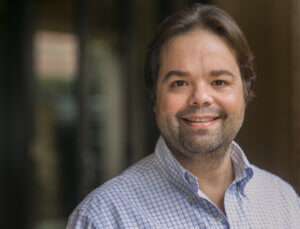 [Rotman:] How good are we at making sure that the genomic data we’re collecting is inclusive?

[Bustamante:] I’m optimistic, but it’s not there yet.

Related article:  'Headed down the wrong road': The quest for precision medicine distracts us from what already works

In our 2011 paper, the statistic we had was that more than 96% of participants in genome-wide association studies were of European descent. In the follow-up in 2016, the number went from 96% to around 80%. So that’s getting better. Unfortunately, or perhaps fortunately, a lot of that is due to the entry of China into genetics. A lot of that was due to large-scale studies in Chinese and East Asian populations. Hispanics, for example, make up less than 1% of genome-wide association studies. So we need to do better. Ultimately, we want precision medicine to benefit everybody.

Read full, original post: DNA databases are too white. This man aims to fix that.