Fake news plaguing the progress of genetically engineered (GE) crops is nothing new since their first commercial cultivation more than two decades ago. Among the examples of fake news reports was one entitled Genetically Engineered Disappointments by economist Jomo Kwame Sundaram and Tan Zhai Gen.

The article lacks all the criteria of a valid, reliable, balanced, evidence-based and credible paper that should be expected from a professor of economics and a biochemist. A simple rebuttal to his article: There cannot be a disappointment when cultivation of GE crops increased from a mere 1.7 million hectares in 1996 to 185.1 million hectares in 2016 and the number of farmers planting GE crops increased from a few thousand to 18 million during the same period. If these crops are disappointing why do all these farmers continue to grow GE crops if there are no benefits for them? To do so would, if they are correct, defy any rational, economic behavior on the part of these farmers.

Sundaram and Tan make a number of sweeping statements with inaccuracies about lower yield gains with GE crops, higher usage of herbicides, decline in crop and biodiversity, rising pest resistance, carcinogenicity of glyphosate, and increase in corporate power. I urge critics to visit farmers in Asia and Africa to understand their struggle and plight. These farmers toil on farms to ensure we have enough to eat, so let us not deprive them of the best tools for their jobs. While we cannot imagine our lives without technologies, why should we block beneficial technologies from reaching our farmers by spreading flawed arguments and inaccurate information? My challenge to all the critics of GE crops – try feeding your families with home-grown vegetables and crops, fight the pests and diseases yourself and see how long you can sustain us. Let me now dispel the claims made by the authors.

Trade monopoly and corporate power is a favorite emotional argument wielded by critics. Would these critics support GE crops if they came from the public sector? If so, then Golden Rice, Bt cotton in China and Myanmar, Bt brinjal and GE potato in Bangladesh, and dozens of GE crops in the pipeline in India (rice, wheat, okra, onion, groundnut, bamboo, tomato, apple, cucumber, sugarcane, cabbage, cauliflower, tea, coffee, corn, ginger, ragi, yam, castor, sunflower, black pepper, pea, soybean, papaya, cardamom, carrot, banana, tobacco, orange, pearl millet, potato and pulses), GE sugar cane in Indonesia and a whole list of other crops under development around the world should get their support. Can we expect this from the critics? Why are they demonizing private industry? If private sector GE crops are unacceptable, then why do they not also boycott all the pharmaceuticals or even cell phones that are, after all, produced and supplied by the same type of ‘corporate power’ businesses?

Sundaram and Tan mentioned lower yield gains of GE crops and made comparisons between North America and EU. This reflects their lack of understanding of agriculture, agronomy and agricultural economics – interesting given Sundaram is supposed to be an economist. Yields are affected by many factors – weather, soils, pest, disease and weed pressure, husbandry skills, use of inputs like fertilizer, pesticides and seed. These vary by region, year and season. For example, GE corn used in the US has tended to deliver lower costs of production (mainly from the herbicide tolerant trait) and higher yields from the insect resistance technology (to corn borer and corn rootworm pests).

Obviously, these traits only benefit farmers who suffer such pest problems.  Farmers choose to use technologies like GE crops if they provide net economic benefits compared to the conventional alternative.  If the technology allows them to reduce pest damage, increase yields and get higher incomes for their families, they will use the technology. They don’t care if their yields are higher or lower than a farmer of the same crop on the other side of the world, as what matters to them is whether their yields will increase with GE crops compared to the conventional alternative on their farm location. What the average yield at the country level compared to another region in a different part of the world is a pointless and spurious comparison. 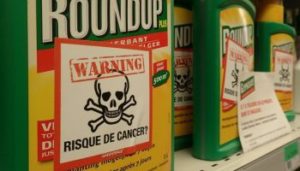 The International Agency for Research in Cancer (IARC), one arm of WHO declared glyphosate as a probable carcinogen in 2015 and this has been used by many GE critics as a reason to attack the use of GE crops that are tolerant to the herbicide glyphosate. However, news reports fail to notice they put glyphosate in the same ‘carcinogen’ category as caffeine. Furthermore, other WHO groups (International Programme on Chemical Safety, Core Assessment Group, Guidelines for Drinking-water Quality) and the WHO itself, the European Food Safety Authority, Environmental Protection Agency of the US, Health Canada, German Federal Institute for Risk Assessment, FAO and a number of other authoritative bodies and universities have dismissed IARC’s claim and concluded that glyphosate poses no harm to humans, animals  or to our food supply but this consistent body of evidence has been  ignored by the GE critics.

Another overly simplistic argument used by the authors and other critics is that GE crop use has resulted in an increased usage of herbicides, therefore implying this is bad for the environment.  Well, the subject is complex. Firstly, evidence in peer-reviewed studies, e.g. Graham Brookes shows that herbicide use with GE crops tolerant to glyphosate fell in the first ten years of widespread use.  Whilst it has subsequently increased, the amount used on GE herbicide tolerant crops has continued to be less than the amount used on the conventional alternative crops – in fact, the rate of increase in herbicide use on conventional crop alternatives has increased at a faster rate than the rate of increased use on GE crops. Secondly, the amount of herbicide applied to a crop is a poor measure of the associated environmental impact.  Using a better indicator of environmental impact – Cornell University’s Environmental Impact Quotient – Graham Brookes’s peer reviewed analysis shows that the widespread adoption of GE crops tolerant to the herbicide glyphosate have resulted in significant environmental improvements because glyphosate is a more environmentally benign herbicide than the herbicides it replaced and widely used on the alternative, conventional crops.

Farm biodiversity is also another complex area. Nevertheless, there has been a clear and significant reduction in the use of insecticides with GE crops containing insect-resistant traits in corn, cotton and soybeans. This has resulted in important environmental benefits, most notably the increase in beneficial insect numbers that have come back and, many scientists have reported increased numbers of beneficial insects in farms that grow GE crops. For example, in the Philippines, notable increases in fireflies, dragonflies, predatory insects that eat corn pests and parasitoids were reported by farmers who grow GE crops. This is due to insect-resistant corn that does not require heavy use of insecticides compared to non-GE corn that is sprayed with broad-spectrum insecticides.

I also challenge critics to answer how India emerged as the top global cotton producer after previously being a net cotton importer? Why is the demand for insect-resistant cotton increasing among Pakistani women farmers? Why has the Philippines increased its biotech crop area by 16 percent, with  farmers demanding  GE insect-resistant eggplant? Why Vietnam corn farmers are rapidly adopting GE corn after only two years since it was first approved for use? Why Bangladesh is vigorously working on the development of GE crops such as Golden Rice, late blight-resistant potatoes and insect-resistant cotton after its success with insect-resistant eggplant? If these GE crops are disappointments and failures, why are these farmers using them and wanting more? 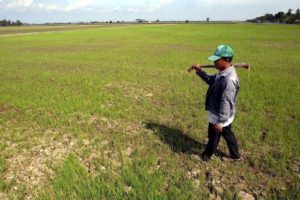 ven the EU’s livestock industry will struggle without GE grains and oilseeds. The EU exerts influence over African and Asian politicians to ban GE crops, while at the same time it imports GE grains for its livestock to the tune of 34 million tons annually, making it the top importer of GE crops in the world. Critics of GE crops are known to speak “for” farmers without any engagement with farmers. Fantasizing an ideal agriculture practice and demonizing modern biotechnology is futile unless these critics are able to suggest better and viable alternatives.

Rest assured that crop biodiversity is not being lost. Quite the opposite. Breeders have never been as successful at incorporating genetic diversity from various sources into their modern varieties.  Hence, it should be no surprise that, at the end of the day, farmers are willing to trade in their “rich, diverse, traditional farmer knowledge” that has been low-yielding, in favor of higher yielding GE crops.

A version of this article originally ran on the GLP on June 7, 2017. It was first published at Inter Press Service as “Genetically Engineered Crops: Fake News Disappointments”.

Mahaletchumy Arujanan is the Executive Director of Malaysian Biotechnology Information Centre (MABIC) and Editor-in-Chief of The Petri Dish – the first science newspaper in Malaysia. She is also an Adjunct Lecturer at Monash University Malaysia. She has a degree in Biochemistry and Microbiology from Universiti Putra Malaysia, Masters in Biotechnology and PhD in science communication from the University of Malaya. She is an active science communicator who addresses policies, regulations, ethics, religions, STEM and other areas pertinent to biotechnology development. You can follow her on Facebook and Twitter @maha_mabic.