For nearly 20 years, Kenya has attempted to adopt the better-yielding and disease- and drought-tolerant crop varieties bred through genetic engineering. But like the rest of the continent — aside from South Africa and Sudan, which are already growing insect-resistant Bt maize and cotton — it made little tangible headway in getting these improved crops to its farmers.

But Kenya, East Africa’s biggest economy, has recently adopted a liberal outlook towards biotechnology. This increases the odds it will soon move to officially commercialize GM crops — an action that could prompt  neighboring nations to quickly follow suit. 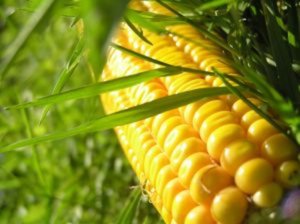 “For many years we listened to a lot of voices (for and against biotech), which derailed us in our pursuit and development of Bt crop varieties by our scientists,” said Dr. Richard Oduor, senior lecturer and head of plant transformation laboratory at the Department of Biochemistry at Kenyatta University.

But that is no longer the case.

The surge in support for biotech in Kenya is partly the making of President Uhuru Kenyatta, who particularly views release and commercial production of Bt cotton as essential for revival of the country’s textile industry, which peaked more than 40 years ago.

At a function to commemorate Mashujaa Day (Heroes Day) last year, Kenyatta instructed the ministries of agriculture and trade, industry, cooperatives and health to identify mechanisms for reviving the nation’s cotton production, including the possibility of planting the genetically modified Bt cotton.

The President also commended scientists and researchers for their positive contribution to improving Kenya. He pledged to support smallholder farmers, who contribute enormously to the country’s economy.

Oduor, who also chairs the Kenya University Biotechnology Consortium, said the country now appreciates the importance of science and biotechnology, and people across the nation are more receptive to the idea of planting crops that can resist diseases, drought and some insects, thus producing better yields.

In fact, cotton farmers in the western province of the country are already demanding the Bt variety, which can resist the bollworm larvae that attacks the cash crop.

But Bt cotton won’t be released until 2020, Oduor said. Though Kenyan researchers also want to make the crop available to the farmers and are working round the clock, they must factor in precautionary measures. These can take time. “We are conducting national performance trials for our Bt cotton, which you can say is a lot closer to commercial production,” Oduor said. “Our scientists are doing everything they can so by early next year this variety is with farmers. The (performance) trials are more the last lap … after, we shall be talking seed multiplication and then farmers can start growing the variety.”

The performance trials got the nod following an environmental impact assessment completed a year ago, and are currently underway at Kisumu, Busia, Kerio Valley and Perkera — field trial sites across the country.

Once Kenya starts growing its first Bt variety, Odour believes it will be only a matter of months before the other East African Community (EAC) countries of Uganda, Tanzania, Rwanda, Burundi and South Sudan follow suit.

“Farmers in the countries (EAC) will see the magic that is Bt cotton,” Odour predicted. “They will see what Kenyan farmers are harvesting, and they will demand the variety.”

Arthur Makara, commissioner in charge of outreach at Uganda’s Ministry of Science, Technology and Innovation, concurred.

“We (the EAC countries) share a lot from free movement of persons and commodities among member states,” Makara said. “So it is going to be very hard, almost close to impossible, for Kenya to grow biotech crops and somehow they don’t end up here (Uganda).  It is a good thing. And we are all looking forward to Kenya commercializing their first GMO crop.”

The commissioner, who is the former executive director at the Science Foundation for Livelihoods and Development, said Kenya’s scientists and political leadership are setting the pace, but it could only be good news for the development and adoption of biotech crops across the EAC. 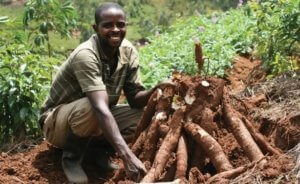 Uganda, for its part, has developed a number of GM varieties, including cassava resistant to the brown streak and mosaic virsuses, potato resistant to late blight disease and maize that is tolerant to drought and resistant to insect pests, like fall armyworm. The country has also developed a bio-fortified banana rich in vitamin A and another resistant to bacterial wilt. But it cannot release any of these varieties to farmers without a legal framework to guide usage.

The Ugandan Parliament passed a biosafety bill in November 2018 that includes a restrictive liability clause, but President Yoweri Museveni has yet to sign it into law.

“Thanks to President Uhuru Kenyatta, Kenya now has a leadership which appreciates science and a political will to facilitate its growth,” Oduor said. “The President’s administration is supporting a number of research organizations so they can come up with new technologies and innovations that can help the ordinary Kenyan.”

For decades, Kenyan farmers planted conventional cotton, but the variety has since become susceptible to attacks from pests and the bollworm larvae, which is devastating the cash crop across Africa.

“Farmers have to use pesticides over and over to get a yield,” Dr. Charles Waturu, director of the horticulture research institute, told the Daily Nation at the same Mashujaa Day celebrations that Kenyatta attended. “This is expensive and definitely not eco-friendly.”

A local farmer at the same event said pest control to thwart bollworm accounted for close to 30 percent of total cotton production costs. Yet despite the investment, farmers still lost most of their cotton to the worm.

Waturu said Kenya produced about 20,000 bales of cotton a year (each weighing 184kg), against a demand of 140,000. This means the country has to import the deficit. But with Bt cotton, which is resistant to the worm, the country can produce 260,000 bales a year.

Kenya adopted a national biotechnology development policy to guide the creation and use of genetically modified organisms in 2006. The Kenya Biosafety Act 2009 includes clauses on labelling GMOs, distances that must be maintained between GM and conventional crops during cultivation, and import and export of the varieties.

Odour said Kenya’s law supports science, unlike some that have been proposed in the region and include a strict liability clause that can only discourage researchers.

In reference to Uganda’s biosafety bill, the scientist said: “The strict liability bit is pretty interesting. I feel very strongly disturbed by the clause.”

Such restrictive laws are usually adopted because people are still unsure about biotech and genetically modified organisms.

In an attempt to derail Africa’s adoption of biotech, anti-GMO activists often argue that the technology will “kill” indigenous seeds, leaving farmers at the mercy of international seed makers.

But Oduor said this is farfetched.

Aside from Bt cotton, scientists in Kenya are conducting trials on various crops, including drought-tolerant maize, insect-resistant maize, virus-resistant cassava, virus-resistant sweet potato and biofortifi­ed sorghum. Some trials are still confined to greenhouses, but other crops have completed that step in the deregulation process and are now being tested in open field trials

Researchers who are breeding GM cassava said they intend to apply for commercial approval of the varieties this year, with an aim of making them available to farmers by early 2021.

Unlike Uganda, which relatively has “plenty” of food, Kenya is over-reliant on maize, making it prone to food insecurity should anything happen to that crop.

The cereal is ranked as the most important staple food in Kenya, followed by Irish potatoes, beans and sweet potatoes.

But Oduor said Kenya started with Bt cotton over the drought-tolerant and insect-resistant (TELA) maize because the former is a cash crop.

“The idea was if we can show the public that these (GMO) varieties are safe and they accept them, it would be easier to move forward to the edible varieties,” Oduor explained.

He is confident that when the country officially commercializes Bt cotton, many other farmers will start demanding WEMA/TELA maize, Bt cassava and “these other improved varieties.”

“The climate is changing,” he said. “We experience rapid episodes of drought and floods today more than ever before. So we need varieties that are drought-tolerant and have stronger stems that can withstand the floods and wind. We are working on this.”

But should Kenya drag its feet and fail to commercially release its Bt cotton next year, Nigeria is likely to emerge as the continent’s next leader in GM crops.

Nigeria commercialized Bt cotton, its first GM crop, in July 2018 and is now working to get seeds into the hands of its farmers. This year, the West African nation approved its first GM food crop, the pest-resistant cowpea. The decision to allow the environmental release of Bt cowpea affirms the crop’s safety and at the same time paves the way for commercializing the variety and making the seeds available to farmers.

With a population of over 190 million people, Nigeria is known as the giant of Africa and many African countries are looking to it to lead the way. Experts have postulated that Nigeria’s success with GM crops could open up the entire African continent to adopting agricultural biotechnology.