This article or excerpt is included in the GLP’s daily curated selection of ideologically diverse news, opinion and analysis of biotechnology innovation.
There is currently a trend toward misunderstanding or misrepresenting science, and it starts early. A grade-school teacher asked the class whether a whale is a fish or a mammal. One boy raised his hand and offered, “Let’s take a vote!”

This phenomenon, variously dubbed “the death of expertise” or the “post-truth” era, is likely the result of widespread misunderstanding of the nature of science and the confirmation bias spawned by social media and the internet. It can have dire consequences, to public health and to commerce.

Examples include outbreaks of almost-eradicated childhood diseases, caused by parents responding to the false pronouncements of anti-vaccine activists by opting out of vaccinations for their children.

The most recent serious outbreak occurred in January in southwest Washington state, when dozens of children, most of them unvaccinated, contracted measles. California has also experienced serious outbreaks of vaccine-preventable diseases. For example, in 2014, California experienced an epidemic of pertussis (whooping cough) that caused over 11,000 cases, including 3 infant deaths, the highest number of pertussis cases reported in the state in more than 60 years. In 2017, there were more than 3,000 cases.

An egregious example of bad science giving rise to a flawed court verdict occurred in a high-profile 2018 civil suit in California Superior Court in San Francisco, against a manufacturer of a popular herbicide, the most popular brand name of which is Roundup.

For more than forty years, glyphosate has been used to control weeds. Hundreds, if not thousands, of studies have demonstrated that it is safe when used as directed. Activists claim that the chemical is a carcinogen, although health and safety regulators worldwide, including the U.S. EPA, Health Canada, Australian PVMA, German Bfr, EU’s EFSA, UN Food and Agriculture Organization, and the World Health Organization have concluded otherwise. Only one agency, the International Agency for Research on Cancer (IARC), which is part of the World Health Organization (WHO), in its 2015 monograph 112, classified glyphosate as a “probable carcinogen.”

“IARC-gate,” a scandal marked by cherry-picking of data and blatant conflicts of interest, is a textbook example of junk science and corruption. But flawed as it was, IARC’s action opened the floodgates to bogus litigation.

Our reasoning stems from a 2012 California Supreme Court decision, which “makes clear that California trial judges are ‘gatekeepers’ of expert opinion testimony, and that such expert testimony should be reviewed by the trial court initially for purposes of foundation, i.e. ensuring that the materials used by the expert in expressing the opinion are of the type reasonably relied upon by experts in the field…”

The evidence in the glyphosate case clearly fails that test, given that only the dubious classification by IARC – which used flawed methodology and conflicts with the conclusions of other entities that use a more reliable approach—supports the plaintiffs’ claims.

Government is not immune to employing bad science. Often, legislators and policymakers have welcomed self-interested activists to their advisory committees, hearings and conferences. Biologist Donald Kennedy, a former FDA Commissioner and Stanford University president, chided policymakers: “Frequently decision-makers give up the difficult task of finding out where the weight of scientific opinion lies, and instead attach equal value to each side in an effort to approximate fairness.”

Dr. Kennedy is right: Although vigorous debate and out-of-the-box thinking are conducive to scientific advances and policymaking, we must distinguish science from pseudoscience, lest we end up with examples like those discussed below. 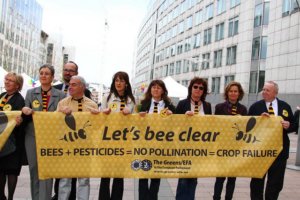 Here’s how it works. If your goal is to get a pesticide banned, for example, first perform or sponsor experiments to get the desired results, using shoddy methodology and, if necessary, drawing conclusions not supported by the data. It doesn’t matter if the research paper is rejected by legitimate, peer-reviewed journals, because you can then submit to a predatory journal that will publish it regardless of its scientific validity (in return for a large fee). Then, organize a big media and social media blitz touting the “research,” being sure to include scary pictures or figures, and get friendly journalists and your Twitter echo-chamber to trumpet the conclusions. (Exaggerations and distortions most welcome.)

With some expertise in search engine optimization and a little luck, the internet becomes your indispensable ally, helping junk science to sway public opinion. We’re seeing that, in public concerns about various chemicals and modern genetic engineering applied to agriculture, for example.

One current victim is the class of pesticides called neonicotinoids, or “neonics.” Nicotine is a potent natural insecticide used in organic agriculture, and synthetic neonicotinoids (“neonics” for short) replaced far more harmful organophosphate insecticides three decades ago. The most widely used pesticides in much of the world, they are highly regarded by farmers for their safety and efficacy.

In spite of the virtues of neonics, in 2011 European activists began a campaign to get them banned, by claiming they harmed honeybees. By doing poor quality research and rushing the conclusions into the media, the myth of the “Bee-pocalypse” was created, and neonics were blamed. But when scientists performed field experiments — the gold standard for entomological research, because they replicate real-world conditions – they found consistently that neonics were not a major threat to bees. 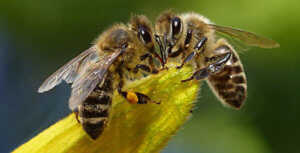 Undeterred, the activists managed to get the field studies excluded from consideration; only high-dose lab experimental results were to be considered. It worked in Europe, where all neonics have been banned from use in agriculture, and now the activists are trying to replicate the ban in North America.

The Canadian province of Ontario instituted a partial ban a couple of years ago, and now the Canadian Pesticide Management Regulatory Agency (PMRA) is proposing a nationwide ban. This frustrates and outrages those who understand the science, because neonics are a vast improvement over older, more toxic, more environmentally damaging pesticides (in large part because they are used to coat seeds instead of being sprayed on plants). When Europe banned neonics, a report from the European Commission’s own Joint Research Center found that having to replace neonics was worse for both farmers and bees.

Because high-quality science has shown that neonics do not threaten bees, it was time for the activists to move the goal posts, so they began to claim that neonics harm aquatic insects. Even the Canadian PMRA has adopted that fiction.

What is most concerning about such issues is the failure of regulators to perform comparative risk assessment – in other words, to consider not only the risks of neonics but also the risks of farmers’ having to use alternatives.

Thus, junk science and media amplification have led regulators to make wrong-headed decisions, in order to appease public opinion that is based on fake news that serves a self-interested activist agenda.

Science is important, not only in legislation, policymaking and litigation, but also in our quotidian activities, such as getting vaccinated. We pervert it at our peril.

Robert Wager is on the faculty of the Biology Department of the Vancouver Island University. Follow him on Twitter @RobertWager1

This article originally ran at the Pacific Research Institute as CAPITAL IDEAS: The Ripple Effects of Scientific Illiteracy Can Have Dire Consequences and has been republished here with permission.