Genetic uncertainty: When research participants should be told that their test results have changed

“Do you mind if we take one more sample?” asked the endocrinologist who had already stuck six needles into the bulge in my neck that would turn out to be thyroid cancer. “It’s for a research study.”

That’s a tumor suppressor, a gene that lies at the crux of cancers triggered by environmental factors, like the 5 years of unprotected dental x-rays I’d had as a kid.

“I know what that is and hope I don’t have a mutation. When will I get the results?”

“I’m afraid you won’t. That’s part of the protocol.” My sample would be de-identified.

I forgot about it. Years later, I had genetic testing again, this time for breast cancer, from a blood sample sent to Invitae, a clinical testing lab. They applied their 80-gene cancer panel and threw in probes for another two dozen genes they were developing. 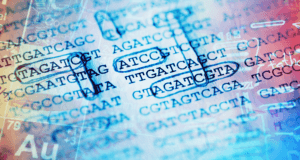 This time, the lab returned results classifying my variants into the 5 standard groups that the American College of Medical Genetics and Genomics and the Association for Molecular Pathology established in 2015:

I had 102 benign variants (sequences other than the most common, or wild type), and 2 that were “likely benign.” But I noticed that quite a few of my variants altered the amino acid sequences of the proteins they encode. At a future time, today’s benign could be tomorrow’s pathogenic, once more people are tested and gene-gene interactions discovered.

To fix the situation, the American Society of Human Genetics (ASHG) and other organizations on April 4 issued a position statement on “The Responsibility to Recontact Research Participants after Reinterpretation of Genetic and Genomic Research.”

Howard Levy, MD, PhD of the McKusick-Nathans Institute of Genetic Medicine, Johns Hopkins University and co-lead author, distinguished the settings. “In clinical care the good of the patient, minimizing risks and harms, is front and center. The primary goal of research is not to benefit any one person, but generation of new knowledge, with the ultimate goal to cure or prevent disease. That’s what grant money is spent on, and what patients volunteered for, to help generate knowledge even though sometimes it is at risk to themselves.”

The position statement, including a dozen recommendations, appears in The American Journal of Human Genetics, April 2019. The authors include representatives of the National Society of Genetic Counselors, the Canadian College of Medical Genetics, and the Canadian Association of Genetic Counsellors. “Because the research and clinical contexts have different goals, priorities, timelines, and restrictions, we need to consider them separately,” said Yvonne Bombard, PhD, the other co-lead author.

Navigating a “Variant of Uncertain Significance”

Receiving a genetic test result of a VUS is upsetting because it isn’t a clear-cut finding. The gray zone reflects the overlap of the expected certainty of medicine and the uncertainty that is a hallmark of science – interpretations change with new knowledge.

A VUS is a gene whose DNA sequence isn’t wild type in a population, but it isn’t known whether the change affects the phenotype (health). The designation could change if, for example, a case report is published about patients with a subtype of cancer, for example, who share a VUS in a risk gene.

I recently counseled a woman who had breast cancer and was concerned because her daughter inherited her “VUS” in a cancer gene. What was the likelihood that it would one day go rogue in her daughter? I deduced from the location of her variant in the gene and the fact that no medical reports link it to cancer that it was unlikely to harm the daughter.

The reverse situation can have catastrophic consequences. A study from 2011, for example, reports four women who had their breasts or ovaries removed after receiving results about VUS in BRCA1 or BRCA2 later found to be benign.

The 5-point classification scheme is fluid. Pathogenic mutations can become less so, and benign more so, with VUS going either way as new research results come in. A variant classified as benign in one population may shift towards pathogenicity as people in different populations are tested. Such a conflicting interpretation can arise because other genes and environmental exposures may affect expression of the gene in different populations.

Most recent reclassifications have been downgrades due to adding people from diverse populations to databases. A gene variant might be very rare among Europeans so it’s assumed to be detrimental, but may be common and harmless among Chinese.

Long-time clinical genetic testing companies have been on top of VUS flux for years. When my half-sister was diagnosed with breast cancer in 2000, Myriad Genetics found a VUS in BRCA2. Then in 2006 the company notified her that new data had downgraded her VUS to benign.

Good news! But participants in research might not get such an update. It comes down to economics.

“The argument is that if too many resources are spent on recontacting research participants, and the work cannot conclude and generate the knowledge it was meant to generate, then the money spent on the research was not appropriately spent, and participants may not be fully justified in having taken the risk,” Dr. Levy told the Genetic Literacy Project. So the position statement spells out that researchers needn’t work around the clock reading papers and scanning database entries to fulfill “a duty to hunt for variant reclassifications.”

The position statement envisions information technology easing recontact into research protocols. “The infrastructure is there, but we need to connect research databases that show variants, like ClinVar, to clinical databases to drive information to providers and to patient portals. We could automate the system to be self-help, with a click to find variants reinterpreted and what it might mean, then a click to find health care providers in a patient’s area who can address these conditions, then a click for an appointment,” said Dr. Levy.

I imagine a system like Ancestry.com, which emails me when I have a new match and then I can click through information and seek help. And like a consumer genetic testing company, privacy, security of online access to personal genome research results, and economic disparities in who can afford to access these services are top issues.

Is genetic certainty a thing?

“A human genome is a huge place and we are still trying to figure a lot of it out. I looked at ClinVar recently and found approximately 500,000 entries for specific unique variants, and then I searched for VUS, and got 230,000! So almost half of known gene variants are of unknown significance. It’s going to take a lot of time and good basic research to really figure out how many are clinically relevant.”

Meanwhile, the new guidelines, assembled by an impressive team of medical geneticists, genetic counselors, laboratory and clinical scientists, lab directors, primary care providers, bioethicists, health services researchers, and lawyers, will help those who provide their DNA for research make the most of any findings.

On a more philosophical note, the fluidity of judging gene variants is a great example of the fallacy of “scientific proof.” A re-evaluation of data, or observations based on new information, isn’t an error. It’s just how science is done.