This article or excerpt is included in the GLP’s daily curated selection of ideologically diverse news, opinion and analysis of biotechnology innovation.
For almost a decade now, anti-pesticide campaigners, bolstered by some scientists and vocal hobby beekeepers, have insisted that neonicotinoid pesticides should be banned because they harm honeybees. That’s helped fuel a slew of stories warning about a global decline in bee populations and an impending bee-apocalypse.

The science twist is that there is no honeybee crisis. Even the crusading Sierra Club, a venomous enemy of neonicotinoids, now writes, “Honeybees are at no risk of dying off.” In fact, the global honeybee population is now at an all time high, with beehive numbers at 20 year highs in both Europe and North America. 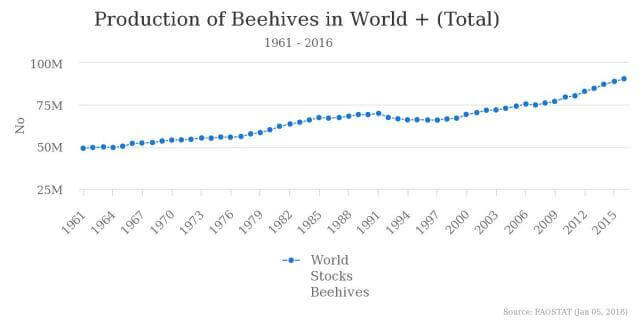 The over-heated crisis narrative switched a few years ago, focusing on wild bees, whose numbers are almost impossible to track with any reliability. Sierra Club and other environmental advocacy groups claimed, with meager evidence, that native bees, rather than honeybees, faced sharp declines, but the dire data are just not there.

These pesticides–‘neonics’, for short–are the advanced technology crop protection products that, mostly applied as seed coatings, are taken up into the plant,

controlling the pests that destroy crops while minimizing exposure to beneficial species. They are also human- and animal-safe, unlike the much more toxic organophosphates and the natural pyrethrins, which are both deadly to bees. Organophosphates are also carcinogenic to humans. The fact that neonics have become the world’s most widely used class of pesticides in the roughly two decades since their introduction is itself enough to place them at the top of the anti-pesticide activists’ ‘hit list.’

On the other side, farmers, agronomists and agro-industry experts have insisted that a ban on neonics would be a tragic mistake with very predictable consequences: Larger quantities of more toxic pesticides and the use of harsher chemicals applied haphazardly (via spraying, the only alternative) in ways more damaging to the environment in pursuit of (inevitably less effective) crop pest control. The predictable result will be a build-up of both pest populations and pest resistance to the more frequently applied chemicals, whether organic or synthetic. 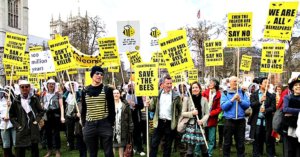 The anti-pesticide activists recently achieved one of their years-long goals. In April 2018, the European Union adopted a near total ban on outdoor uses of three neonic pesticides throughout most of Europe after enacting a temporary ban in 2013. France added two more to that list a few months later. Now, for all practical purposes, these products can only be used in greenhouses–fitted with equipment so that none leaks out (as if they were somehow highly toxic to human and animal life).

Since the EU ban first took effect 6 years ago, there have been no documented benefits to bees while the economic damages to farmers and the food supply has been substantial. One recent German study estimated the economic damage to one impacted crop alone, the oil rapeseed (canola) market, now tops € 900 million.

Predictably, the EU ban is being treated by the anti-pesticide campaigners as merely the first course. Next on the menu is leveraging the EU ban into parallel action in other countries, with Canada the first target.

What is the science?

For farmers and the public, there is an inevitable consequence when technically inexpert politicians and politically-influenced bureaucrats allow their public policy decisions to be driven by noisy and dogmatic campaigners with predetermined agendas, regardless of the facts.

Already, after less than a year of the ban being in place, the perverse consequences of the EU’s neonics ban are becoming all too apparent.

When the neonics ban came in, we believed that within 5 years we’d have selected for pyrethroid-resistant cabbage stem flea beetle and this sadly appears to be the position we now find ourselves in. … This means the problem will gradually shift from the areas where OSR is now too risky to grow to the parts of the country that are currently seeing larvae in numbers that aren’t overwhelming the crop, so it could possibly be the beginning of the end of OSR. There’s some irony that a regulatory decision on neonics has led to a potential crisis situation for the very species [bees] it sought to protect. … OSR crops support huge populations of bees, butterflies and other pollinators, beneficial insects, predators and natural enemies of crop pests as well as the invertebrates used as food resources for farmland and other insect eating birds. As the largest early pollen source, OSR’s loss from the rotation would have a profound effect on the biodiversity it currently supports. 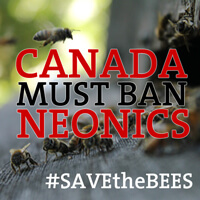 Now it looks like Canada is headed down the same road, although the grounds for the proposed neonics ban there have nothing to do with bees. In Canada’s case, neonics face elimination due to the detection of infinitesimal traces of the pesticides in ponds, lakes and streams in various parts of Canada that, allegedly, activists say pose a threat to aquatic invertebrates–midges and mayflies–that form part of the ‘ground floor’ of the ecological food-chain.

For several years, Health Canada’s Pest Management Regulatory Agency (PMRA)–a division of Canada’s equivalent of the US EPA–had an assessment underway of the effects of neonic pesticides on pollinators, with the results expected at any time. But suddenly, late last summer, when the available evidence of effects of neonics on honeybees simply wouldn’t support the sweeping ban that environmentalists and sympathetic politicians in Canada’s Labor government wanted, PMRA shifted its focus away from the overall impact to one impact point, essentially pulling this aquatic invertebrates ‘rabbit’ out of their proverbial hat.

A second assessment, this time on neonics’ supposed effects on the aquatic environment, was launched when PMRA seized on what many scientists say is patchy and inconsistent data of trace detections of neonics in various freshwater sources–obviously from normal agricultural run-off–as a basis for hypothesized harm to a range of aquatic invertebrates; there has been no finding of actual harm. 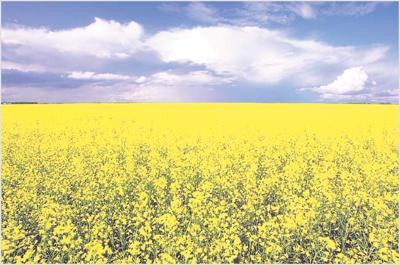 neonics ban. Activists and some vocal beekeepers (particularly in Ontario and Quebec) constantly point to lab studies that habitually overdosed honeybees, in the process of yielding ‘evidence’ that neonics posed dire harm. But farmers, beekeepers from Canada’s western provinces and others pointed to the results of large-scale field studies demonstrating no observable adverse effects on honeybees at the colony level from field-realistic exposure–including long-term exposure–to neonics. They pointed as well to the observable fact that honeybees were thriving in Canada’s west, foraging on millions of acres of almost 100% neonics-treated canola.

PMRA’s ‘final decisions’ in its neonic pollinator assessment, announced two weeks ago, reflected this mixed, ‘on-the-one-hand, on-the-other’ pattern of the debate over neonics and bees. PMRA found that neonic seed-treatments–the vast bulk of neonics usage, and vital to crop production–weren’t a problem for bees and left these applications unaffected, even as it curtailed most neonic soil applications and further restricted foliar [spray] applications on bee-attractive orchard and landscape plants.

PMRA’s pollinator assessment decisions offer ‘something for everyone’. There are more restrictions on the least commercially and agriculturally important (and, arguably, the more environmentally consequential) soil and foliar neonic uses to please the anti-pesticide campaigners (and the politicians keen to cultivate and appease them). But the most important and agriculturally vital seed-treatment applications are left intact–pleasing Canada’s large-scale row crop farming interests (and western Canadian politicians who support them).

But PMRA’s assessment of neonics’ impact on aquatic invertebrates remains pending, hanging, like a sword of Damocles, over Canada’s corn, wheat, soy and canola farmers. Its announcement of the launch of that assessment, mentioned earlier, led to a notice of intent to phase out the principal remaining neonics in wide-spread use over the next 3-5 years. Having announced in 2016 a ban on the first and oldest neonic (imidacloprid), PMRA based its phase-out announcement for practically all remaining outdoor uses of neonics on a radically conservative ‘threshold of concern’ for detections of neonics in freshwater sources–more than an order of magnitude stringent than the US EPA’s.

When the western province of Manitoba submitted its own 2017-18 water sampling, which found that “there were detections for neonics but not an alarming level of incidences from what PMRA was proposing as thresholds”, PMRA discounted the data, saying it was from supposedly ‘dry’ years and was unrepresentative. Its neonics ban proposal also prescribes the same fate–banning–for two different neonics products even though it acknowledges that one has a radically lower environmental toxicity than the other.

What PMRA will do with its aquatic invertebrate assessment, now that its final pollinator assessment of neonics has left seed-treatments and most agriculturally consequential uses intact, remains a guess. Should the pollinator assessment announcement–completely scientific and apolitical, of course–be interpreted as a ‘trial balloon’ to gauge the reactions of both the anti-pesticide campaigners and their attentive liberal politicians?

If the pollinator assessment does enough to please, or at least placate, certain politicians and the environmental activists, perhaps the aquatic invertebrate assessment needn’t justify the 3-5-year phase-out ban presaged by PMRA last year. And if not, PMRA still has its aquatic invertebrates assessment ‘in reserve’ to justify copying the EU’s neonics ban. Whatever the resulting benefits for Canada’s midge and mayfly population, it’s going to be bad for Canada’s farmers, and agricultural economy, and bees will not be helped.

The evidence is mounting that the EU’s neonics ban is producing serious damage to agricultural crops, farmers’ productivity and livelihoods, and the challenge of keeping crop pest populations in check before they balloon out of control. So, the question of the moment: Will Canada’s politicians, regulators and administrators wake up and do some basic cost-benefit analysis before they subject Canada’s farmers–especially canola growers in the western provinces–to  predictable, perverse consequences by adopting a neonics ban for Canada?