This article or excerpt is included in the GLP’s daily curated selection of ideologically diverse news, opinion and analysis of biotechnology innovation.
You may have heard this before: “Big Ag” controls modern farming because they produce GMO seeds, which forces farmers to buy from soulless corporations. In essence, critics claim, farmers have not choice but to buy GMO seeds. And even worse, farmers are drawn to the GMO seed market by false promises, and then, because GMO seeds are patented, are contractually forced into buying new (GM) seeds every single year.

Here’s the familiar meme from the anti-GMO site Mercola.com:

Farmers are now increasingly forced to use GM seeds simply because there are so few alternative sources of seeds remaining. The effect of this is that we’re losing renewable agriculture – the age-old practice of saving and replanting seeds from one harvest to the next.

As mentioned in The Ecologist, one solution to this growing problem would be to make patenting seeds, plants, and genes illegal. As it stands now, each GM seed is patented and sold under exclusive rights. Therefore, farmers must purchase the GM seeds anew each year, because saving seeds is considered to be patent infringement. Anyone who does save GM seeds must pay a license fee to actually re-sow them. This, of course, results in higher prices and reduced product options.

Farmers who buy GE seeds must sign contracts that dictate how their crop is grown – including what chemicals to buy – and forbid them from saving seeds. This has given corporations incredible control over the production of major staple crops in America.

These accusations have been made for years and remain a fertile argument, especially among opponents of GMOs and Big Ag. The accusations also remain false.

Despite the number of corporate mergers (such as the purchase of Monsanto by Bayer), farmers still have a wide range of choices for seeds, including conventional and genetically modified. And many farmers, for economic and production reasons, rather than because of legal restsrictions, often are not interested in saving and planting seeds from their current crops.

So, what do seed companies like Bayer/Monsanto, Pioneer and others sell? Monsanto has 2,000 seed products for 20 different vegetable crops, and that’s just for vegetables. Only two of those are genetically modified. Some, like the Autunno cucumber, are hybrids — varieties that have been selected and bred for optimizing one generation. Others are more conventional. It’s a mix of GM, hybrid and conventional — some are patent protected, others aren’t.

Just as you have the choice on what seeds to purchase from your favorite garden store, we have the choice on what we want to buy from our favorite seed salesman,” one farmer told her. And when making that choice, a seed being from Monsanto took a distant back seat to other considerations, including seed maturity, soil types, geography and climate, tolerance to weeds, insects, or drought, yield potential and, of course, price. These considerations are important whether buying conventional, hybrid or genetically modified seeds. For another farmer, GM seed “creates less labor-intensive operations in that spraying herbicides and pesticides is easier, quicker, and more effective to control weeds and pests.

Farmers also rarely buy directly from a company like Bayer. Most of the time they contact a regional seed dealer, which has sales people who meet with farmers, according to Amanda Zalucky, a lawyer and member of a Michigan farming family, who wrote in the Genetic Literacy Project:

Choosing which seed a farmer is going to plant is not one that can be taken lightly. It takes planning. It takes a good understanding of how the various traits can influence a crop. It means a farmer needs to be familiar with his fields, the weather, and the soil. It’s no wonder we need crop consultants! 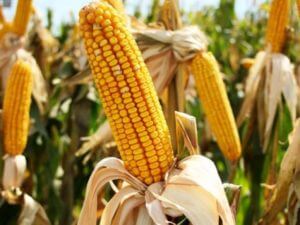 Brian Scott, an Indiana corn (including Bt corn), soybean and wheat farmer who also blogs on A Farmer’s Life, reviewed what a Monsanto contract looked like in 2017. According to Scott, the terms are not particularly draconian, nor do they hamper a farmer’s choice. The contract includes guidelines on following EPA rules, technology use and insect management, and three areas that GMO and Monsanto opponents have focused on and misrepresented:

Related article:  Texas corn farmer: GMOs and glyphosate are ‘so much less risky for me and for the public’
Follow the latest news and policy debates on agricultural biotech and biomedicine? Subscribe to our newsletter.

It would, Scott points out, be wise to use a version of glyphosate on “Roundup Ready” crops if one wanted the crop to survive the herbicide:

If we spray Brand X and it doesn’t work it won’t do any good to go crying to Monsanto. That sounds like pretty standard business practice to me. Furthermore, I don’t even have to use glyphosate on my glyphosate tolerant crops. This year we will have waxy corn from Pioneer and waxy corn from a local dealer who sells Monsanto products. The latter will be RR, but the Pioneer variety won’t.We will likely plant them in the same field side by side to see which one performs better. If we spray glyphosate on those acres all the Pioneer corn will die! Instead we will control weeds with a herbicide that all corn resists naturally.

Which means “Big Ag” is letting this farmer, be a farmer.