This article or excerpt is included in the GLP’s daily curated selection of ideologically diverse news, opinion and analysis of biotechnology innovation.
A drive toward The Everglades down US 98 between Yeehaw Junction and Belle Glade, FL takes you around the east side of Lake Okeechobee. The air is always thick, warm and humid, and local lands peek just above sea level. Water for irrigation is channeled from place to place through a series of canals that support the growth of 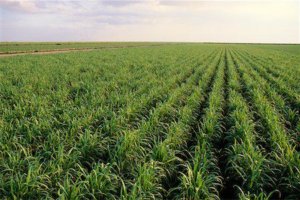 regional crops like sugar cane. The fields are beautiful and massive, made of tall, thick green waves that reach toward blue Florida skies.

These fields are one source of the nation’s sugar, but over the years other crops have also been developed to produce this sweet food ingredient. However, there is great controversy surrounding how the crops are grown and harvested, and today ideologies clash about what sweet sustainability really means. An analysis of the current state of sugar production finds great irony in that the most sustainable methods take a back seat to other processes that ignore the impacts of production. Feel-good marketing, appeals to the high-end consumer obscure the fact that sugar is sugar, no matter how you brand it.

Environmental groups have traditionally loathed sugar production from sugar cane, mostly because it is a water-intensive crop with a massive environmental footprint. Sugar cane is burned before harvest, which seems counterintuitive to profitable production. Burning is a harsh yet effective way to quickly remove leaves, dry the cane.

and crystalize the sweet sap within. Annual harvests burn 150,000 acres of sugar cane, and environmental groups annually rally against the process as they claim it causes toxic pollution that wafts into adjacent urban centers. The other huge concern is the production of greenhouse gasses, with flames releasing much of the carbon that the cane spent a season sequestering.

But environmentalists have an opportunity to celebrate, as there is a more sustainable way to make sugar: from sugar beets, which do not require burning before harvest. Instead of the sultry climes around the world, sugar beets are grown in temperate climates in the upper Midwest, Great Plains and Far West. Sugar beets are large heavy roots supporting a vigorous crop of leaves above the soil. The leaves harness the sunlight and produce sugar through photosynthesis. These sugars are transported within the plant and stored in the root, which can contain up to 25 percent sugar.

But ironically, sugar beets are not lauded by many environmentalists as an alternative to sugar production-by-inferno. In fact, they are often decried as an unacceptable alternative—because they are genetically engineered. By 2003, most US sugar companies switched to beets genetically engineered to resist the herbicide glyphosate (popularly recognized as “Roundup Ready”), allowing farmers to manage weeds with a simple, inexpensive spray. Farmers I’ve spoken to say that it is the difference between $25 an acre for an environmentally low-impact spray and well over $500 per acre to hire workers to weed fields by hand, if you can find the labor to do it.

The problem today is that activist groups pressure food companies to source sucrose from “non-GMO” producers. The beet growers’ share of the US sugar market has slipped considerably as a result. Hershey, one of the world’s larger buyers, no longer uses beet sugar in its Kisses and milk chocolate bars, and says it plans more phase outs. 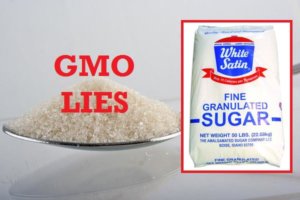 This pressure campaign pits the chemistry of combustion against the chemistry of efficient weed control, forcing activists to choose between two options they don’t necessarily appreciate. You can’t get both the non-GMO and pollution-friendly stickers on the package. Which do you like less, chemical herbicides or contributing to climate change?

That’s an easy decision for most scientists and environmentally savvy individuals, as the herbicide-tolerant sugar beet is clearly the more sustainable option. Still, many activists and consumers reject C12H22O11 from sugar beets and opt for C12H22O11 from sugar cane because they have been conditioned to fear the genetically engineered trait in the plant that produced it. But the science is clear: There are no genes and no proteins in sugar, no matter its source—just C12H22O11.

“I love using organic whole cane sugar (or Sucanat) for baking and cooking,” waxes foodie Tsh Oxenreider, founder of the popular foodie website and podcast The Art of the Simple.”Producers take juice from organically-grown sugar cane and simply dehydrate it.  The resulting crystals stay rich in minerals, trace elements, and vitamins, so I can use the deep, rich flavor guilt-free….”

And you can buy this New Age organic sugar at your local Whole Foods for only 10 times the cost of standard sugar!

To say such claims are bogus is an understatement. These products target the gullible, affluent consumer who sees sugar as poison, and white sugar as a Big-Food megatoxin to be vigorously cleansed from the system. But wrap the exact same chemical in the lore of the smallholder developing-world farmer, sprinkle vanishingly small traces of mostly useless vitamins, and deadly carbs are magically transformed into tablespoons of feel-good and nutritious glory.

Even more reputable organic sites are calling out this scam. As Katie Kimbrall of Kitchen Stewardship writes:

Every time I spend 5-10 times as much on something like rapadura or sucanat (which when properly processed I see as equals), I wonder: is this upgrade really worth the money? Are there health benefits to unrefined sugar cane that are 5-10 times as beneficial as white sugar? If you believe that white sugar is basically a poison, is 5-10x as good as poison still mostly poison?

What about those health benefits? Kimbrall adds:

Some claim that it metabolizes slightly slower than white sugar and is, therefore, lower on the glycemic index – BUT the sucrose content is still so high that it’s not exactly a recommended food for diabetics and the like.

Sucanat and rapadura do contain calcium, potassium, magnesium, Vitamin A and B vitamins, and although I continue to see websites state that they’re ‘an excellent source of’ the above, they really only have trace amounts. There’s iron in there, too, which never hurts, but again, you’d have to eat a lot of unrefined sugar to get a decent amount of iron.

The ‘unrefined’ sugar fad does little more than mask the environmental destruction caused by sugar cane production. The developing world still burns cane in 90 percent of cases. Less frequently, in the case of unrefined sugar cane, the whole cane is harvested and crushed and not burned. But its sustainability virtues are thin at best. The sugar cane juice is evaporated over low heat, which requires carbon-based energy. Workers laboriously stir the juice until crystals form, which are then separated from the slurry with sieves. The end product is a beige-brown aggregate that is packaged for the affluent, industrialized world.

The difference in flavor comes from purity, a word thrown around frequently in healthy food circles. The products do taste different and their flavors are a bit more complex, but they’re still almost entirely sucrose. More irony abounds. White sugar consists of highly refined, distilled crystals of sucrose that represent a substantially pure chemical. The boutique sugars are typically brown, celebrating their unrefined state, originating typically from a developing-world distillery where substantial energy is used to dry down the crystals. They still are 95-99 percent pure sugar, but they sport the color of co-purifying chemical compounds such as the molasses notes that lend the brown color.

The environmental and nutritional joke is seriously on the boutique sugar consumer. Pushing whole cane sugar with nutritionally meaningless amounts of vitamins to sell empty-calorie products at exorbitant prices exploits the public hungering for the truth about both sustainability and nutrition. These same molecules would be denounced as contaminants and rejected if they came from a genetically engineered sugar beet. And the boutique C12H22O11 that ferries around the world from Africa has a much higher carbon footprint than C12H22O11 from a sustainably harvested sugar beet from the US or Canada.

And the sky high price? Evaporated cane juice is the cheap-and-easy way to generate sugar crystals. Less refined sugars are seen as inferior in the developing world, and cost much less than highly refined white sugar. But naive consumers entranced by the organic label pay ten times more for that product for the same calories, same blood sugar spike and generally the same sweetness. Some manufacturers even claim it is gluten free—which all sugar is. 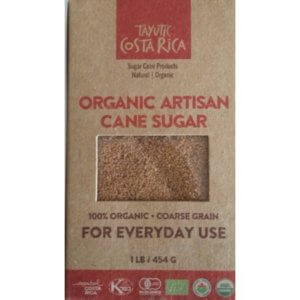 Many American farmers, who switched years ago to GMO beets precisely because they require less spraying of fewer toxic chemicals, are mystified by the activist push to grow what appears to be a far less sustainable crop. As Minnesota sugar beet farmer Andrew Beyer told NPR, planting non-GMO beets to meet demand from the organic market would mean spraying his crops every 10 days with a “witches brew” of five or six different weedkillers, the very practice he abandoned years ago.

In the end, sugar is sugar. Whether the sucrose comes from cane or sugar beets, from the tropical Himalayas or the shores of Lake Okeechobee, the molecule itself is identical. The real difference comes down to politics, hypocrisy and the values of buyers. The more sustainable and affordable products sport stickers that may scare the ill-informed, while a partially-purified version of the same compound imported from a far-away place produced under dubious environmental standards is considered worthy of a substantial investment for a whole lot less product. There are many curious conundrums around sugar, but the biggest one might be the willingness to pay ten times the price for a less sustainable product.

Kevin M. Folta is a professor in the Horticultural Sciences Department at the University of Florida. He hosts the Talking Biotech Podcast. Follow professor Folta on Twitter @kevinfolta and email your questions to [email protected]