This article or excerpt is included in the GLP’s daily curated selection of ideologically diverse news, opinion and analysis of biotechnology innovation.
Facing sharp criticism from environmental groups and some media organizations, the Environmental Protection Agency (EPA) has pushed back in responses to a series of questions posed by the GLP about its decision to expand registration for the embattled insecticide sulfoxaflor.

On July 12, the EPA announced it was relaxing its restrictions on sulfoxaflor, a chemical designed as an alternative to harsher pesticides that can’t always control troublesome insects. From 2016 until the EPA’s announcement, sulfxaflor use was restricted to certain times during the growing season and only allowed on crops that aren’t attractive to bees. The pesticide can now be used on many more crops, throughout the growing season and mixed with other chemical compounds. On July 16, the EPA published its evaluations of all the studies used to support the expanded sulfoxaflor registration, in “an effort to provide the public with as much information as possible.”

Activist groups that sued the federal agency in 2013 to get sulfoxaflor off the market had claimed that the chemical is a “bee-killing pesticide” that puts already imperiled pollinators at even greater risk. Major media outlets—including Bloomberg, the Associated Press (AP) and Washington Post—uncritically echoed the activist complaints about the new insecticide, often without interviewing independent experts in the field. The AP headline was typical of the media’s coverage:

The GLP reached out to several independent experts and combed through the peer-reviewed research on sulfoxaflor to provide a more balanced analysis of the EPA’s decision. We found that sulfoxaflor, while potentially harmful to bees, poses a smaller risk to pollinators than other insecticides on the market, including some organic ones. When used according to the guidelines established by federal regulators, sulfoxaflor is a good example of farmers embracing more sustainable pest-control tools. We noted in closing:

Alarming headlines about “bee-killing chemicals” may attract readers, but they represent much of what is wrong with science reporting today. Pesticides, by definition, are toxic; they are designed to kill harmful pests, and if designed right, limit damage to beneficial insects like bees. Twisting that reality into a scandal misleads the public and obscures the fact that pesticides when used judiciously protect the food we all eat.

Related article:  Bumblebees fed high doses of neonicotinoids in laboratory setting did not buzz as much or release pollen

As part of our research, we had contacted the EPA. The agency replied to our questions with detailed answers defending its decision. We produce the EPA’s reply below in full as part of our ongoing effort to provide balanced, science-based coverage on pollinators and pesticides.

GLP: What data led the EPA to issue this expanded registration for sulfoxaflor?

EPA: We based our decision for sulfoxaflor on a very robust set of pollinator exposure and effects data. In addition to a full Tier I suite of studies (i.e., laboratory studies of individual adult and larval bees), the Tier II data (i.e., colony-level studies) consist of 11 semi-field (tunnel) studies and two colony feeding studies intended to document the effects of sulfoxaflor on both individual bees and the honey bee colony.

There are also 16 field studies analyzing sulfoxaflor residues in pollen and nectar in multiple crops. The Tier II studies more accurately represent honey bee colony exposure and effects under actual use conditions. This existing suite of Tier II studies enables EPA to conduct a comprehensive and appropriately conservative assessment of the potential risks of sulfoxaflor to bees to support its registration decision.

GLP: Does sulfoxaflor pose a serious risk to pollinators, why or why not?

EPA: In order for EPA to proceed with a registration decision under the Federal Insecticide, Fungicide and Rodenticide Act (FIFRA), the agency must make a determination that the proposed use of the compound does not present an unreasonable risk to human health or the environment. 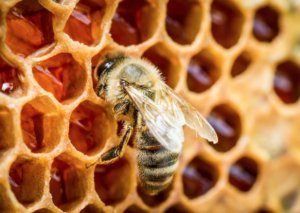 Based on the best-available exposure and effects data from both registrant-submitted and open literature studies, the agency has determined that sulfoxaflor meets the FIFRA standard of no unreasonable risk to non-target organisms, including bees, when the compound is used as prescribed on the label. Therefore, based on the agency’s assessment, sulfoxaflor does not pose a “serious” risk to pollinators. Sulfoxaflor also has a more favorable ecological risk profile than widely used alternatives on bee-attractive crops.

With respect to exposure, sulfoxaflor’s persistence in the environment is relatively short, including in pollen and nectar. Based on available data, residues of the compound dissipate from treated plant surfaces within three hours and its concentration in the environment decreases by half in about three days, which is shorter than widely used alternative insecticides. Some of the other chemicals targeting the same pests pose a much higher risk to bees and may have to be applied multiple times to get the same level of control as sulfoxaflor.

EPA uses the pesticide label as a tool to further reduce risk. The label includes a combination of advisory environmental hazard statements and mandatory directions for use for protecting bees from certain use patterns. Some crops have additional restrictions on the label to minimize the risk to bees, such as limiting the number of applications during the bloom period.

GLP: Why are there so few viable alternatives for sulfoxaflor on the market?

EPA: There are multiple insecticides on the market that, like sulfoxaflor, target aphids and other piercing-sucking insects. Sulfoxaflor, however, has a new and unique mode of action and is effective against a number of these pests that neonicotinoids, organophosphates and pyrethroids fail to control due to development of resistance to the alternatives.

In some cases, the pest is an invasive species that is no longer susceptible to these alternative chemistries. Also, in many situations, sulfoxaflor has a more favorable risk profile than the alternatives with respect to non-target organisms, particularly bees.