Viewpoint: There will be no crop biotech revolution unless scientists, consumers learn to talk to each other

This article or excerpt is included in the GLP’s daily curated selection of ideologically diverse news, opinion and analysis of biotechnology innovation.
Advancements in crop genomics and molecular biology are enabling us to combat plant pests, disease, environmental stresses as well as enhance nutrition and plant growth. However, being at the forefront of agricultural biotechnology raises both societal questions and concerns, as well as the need for new regulatory oversight. It is imperative that scientists bridge the gap and enable an open, global dialogue so that all are informed.

Coming at the heels of the EU ruling to regulate genome edited (bioedited) crops in 2018, live births of bioedited human twins were reported in China. Harnessing the power of clustered regularly interspaced short palindromic repeats (CRISPR) and CRISPER associated protein 9 (Cas9), components of the bacterial immune response, to permanently alter the human genome thrusted the ethics of CRISPR to the front and center of public discourse.

Scientists and researchers across the globe expressed dismay at the premature application of bioediting in humans, recommending a moratorium on research, pending the development and adoption of clinical guidelines. Though this was not the first time CRISPR made the headlines. In 2016, the common white-button mushroom caused public outcry when regulatory bodies approved the non-regulated status for the bioedited non-browning fungi.

To this end, regulatory bodies in America posted a request for comments, specifically on the safety of bioediting, and held two public meetings on agricultural biotechnology education and outreach at the end of 2017. Concerned citizens voiced their fears, linking bioengineered crops with autism and cancer; farmers urged for more public outreach and education; and, non-government organizations (NGOs), such as Grow More Foundation, advocated for an independent, transparent and scientifically sound third-party review. The heated discussions reflected the common widespread distrust of and misunderstandings about science and biotechnology.

This is not the first-time the ethics and safety of modifying an organism’s DNA has been questioned. For over two decades, the creation and consumption of bioengineered crops has been fraught with controversy. Beginning with the transgenic better-tasting garden tomato in the mid 1990s, to the most recent edited soybean with reduced trans fats, fear, concern and uncertainty have negatively dominated the dialogue. 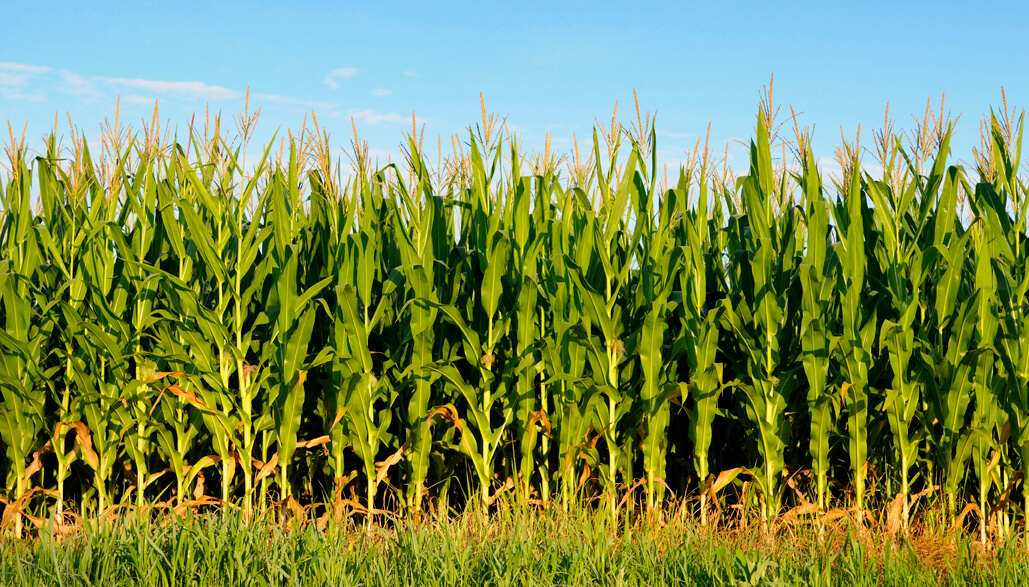 This attitude is perhaps not surprising, given the contrast in regulatory approval of modified crops for human consumption, with the US and EU representing opposite ends of the regulatory spectrum. Approval of the CRISPR mushroom in the US set the precedent for non-regulated status of all subsequent CRISPR organisms that do not contain any foreign DNA and were created by precisely targeting and editing the native DNA. Meanwhile, the EU ruled that CRISPR-mediated genome editing is essentially equivalent to conventional bioengineering methods and therefore should be regulated. Therefore, bioedited crops cannot be created, tested or imported within the EU without prior regulatory approval, greatly impacting science, and pushing many scientists to act.

Everything we eat today has been selectively bred for favorable (genetic) traits and domesticated, and thus, technically, these crops are genetically modified. Bioediting could be viewed as one of many tools or technological advances that can be utilized to help us towards food security.

You say modified, I say edited

The first bioengineered crop on the market was tomato, and thirty years on it may well be the first bioedited crop also. Studies highlight the potential applications of bioediting in tomato fruit ripening and added flavor. There is variation in size, shape and color of tomatoes, due to domestication and selective breeding that modified ‘natural’ wild tomatoes, giving us ‘natural GMO’ tomatoes.

Thanks to advanced breeding practices, we have long-lasting and shelf-stable tomatoes. However, in breeding stronger, bigger tomatoes, flavor was negatively impacted. To overcome this, Flavr Savr was created in the 1990s by the US company Calgene. They were committed to an open dialogue with the public to build confidence and reassurance, voluntarily seeking government approval and labeling.

Whilst in the EU, the UK company Zeneca bioengineered tomatoes using similar technology and manufactured purees that outsold other tomato-based products in UK supermarkets. However, this was only for a short time. Why is this? The media hysteria caused by the ‘Pusztai affair’ involving rat feeding studies had lasting negative consequences on the perception and acceptance of biotechnology in the EU. No bioengineered tomatoes have been commercially available since the 1990s, and yet ‘non-GMO’ labels can be found on tomatoes and tomato-based products in many countries.

Historically, farmers have always incorporated technological advances into their crop and livestock management: from prehistoric ploughs to labor-saving machinery during the Industrial Revolution, and on to the use of pesticides and cross-bred high-yielding crops during the Green Revolution of the late twentieth century. Since these advances, farming has become far removed from our everyday lives, with children being unable to identify and fearful of fresh produce that their processed food was derived from.

Most people are unaware of the issues faced by growers and the role of breeders in agriculture. As regulatory bodies around the world debate the regulation of bioedited fungi, plants, animals and humans, the dialogue is further clouded due to the lack of standardization. Bioengineered crops are produced by the transfer of genetic material from an unrelated species (transgenic), or related (cisgenic), and are commonly referred to as genetically modified organisms (GMOs).

Related article:  Viewpoint: How the Canadian Broadcasting Corp. fails viewers in its misleading coverage of GMO crops and glyphosate

Marketing initiatives dictate the binary concept of GMO or non-GMO, providing an attractive simplified statement for consumers. Such categorization inaccurately portrays that there are many more bioengineered crops commercially available than in reality. Furthermore, inorganic products (as opposed to organic, i.e., alive, not to be confused with the alternate definition of grown with ‘natural chemicals’) lack DNA to be bioengineered in the first place, e.g., Himalayan salt and water. This misleading labeling does not enable consumers to make better decisions, but instead plays on their fears at their own expense, literally. Exploitation of GMOs further detaches society from the science, impacting stakeholders and policymakers.

Like biotechnology, labeling should adhere to ethical standards, and the misuse should be prevented by law. At the end of 2018, American regulatory agencies announced the ruling for the mandatory labeling of bioengineered foods by 2020. Yet, this ruling does not cover foods derived from bioedited crops. Unsurprisingly, consumer advocacy groups raised concerns that not labeling would be just as misleading as labeling water non-GMO, or add greater meaning to the alternative of non-GMO. Standardized food labeling would prevent such fear-based marketing and enable all to make informed choices.

So, why is bioengineering so controversial? The difference that sets biotechnology apart from other accepted methods for developing crops and animals is that it provides much greater control and precision of the genetic changes introduced. This stands in stark contrast to other accepted traditional bioengineering techniques to randomly create genetic changes, used in thefirst generation of bioengineered crops, namely radiation and chemical mutagenesis. Science evolves quickly,and it is not surprising that when feeling left behind by advances, laypersons turn to sources that are easily digestible, often ignoring the credibility of the citations or the conflicts of interest, and too often conclude that correlation equates with causation.

Thus, “carcinogens mutate our DNA and cause cancer” becomes “genetic modification of our food causes cancer”. Even the discredited and retracted study on the association of herbicide-resistant corn and cancer in rats continues to be referenced and disseminated by GMO opponents as scientific proof of the alleged carcinogenic properties of GMOs. With such established fear and distrust of the most commonly cited and controversial application of bioengineering, i.e., herbicide tolerance, how can we enable a new narrative?

Most can agree on the need to achieve food security, safety and sustainability. We can also agree that there will be insufficient arable land and fresh water to feed the growing world’s population. And, that unpredictable weather changes will directly impact and impede harvest. Bioengineering has already saved papaya from viral infection, biofortified rice and plantain, and holds the potential to save cocoa from fungal infection, cassava from viral disease, maize from Fall armyworm, and coffee from climate change. Science is about truth, and truth without transparency is meaningless. Without understanding the empiricism and scientific rigour of peer-review,as well as the testing of the scientific process, misinformation will continue to flourish, sow discord, and breed fear.

Only if everyone is accurately informed, a formulated coherent, inclusive and productive dialogue can ensue. And, considering that public funding is a major contributor to research, scientists owe it to society to communicate widely. Just as Technology, Entertainment, Design (TED) conference talks are viewed by millions and voluntarily translated into more than a hundred languages, qualified experts could lead such communications efforts.

Regardless of stance, it is crucial for scientists, farmers, regulatory bodies, stakeholders, manufacturers, and most importantly consumers, from developed as well as developing countries, to come to the same table and put personal beliefs aside to devise a global and substantive policy on the creation and consumption of bioedited foods.

Kate M. Creasey is a geneticist and president of the Grow More Foundation, a nonprofit that encourages global dialogue between scientists, society, industry and regulators. Follow the foundation on Twitter @growmorefdn

Sylvia He is a science writer and holds a Ph.D. in virology from Harvard University