This article or excerpt is included in the GLP’s daily curated selection of ideologically diverse news, opinion and analysis of biotechnology innovation.
For more than a decade, Uganda has been wrestling with the idea of allowing the commercial release of genetically engineered crops. Despite calls from farmers, scientists and legislation passed by its lawmakers, the nation appears to be in a self-imposed stalemate over the issue.

Could Ebola change that?

That may sound like an odd idea. But efforts to control an outbreak of the deadly disease in DR Congo are forcing reluctant officials to reconsider their opposition to products created through genetic engineering. With reports that the outbreak has spread into Uganda, the nation earlier this summer approved the use of three experimental treatments, including a recombinant DNA (GMO) vaccine to immunize medical personnel and the public.

This is the same nation that has been unwilling to approve, for commercial release, a single GE crop, despite the fact that seven of them have been developed by its National Agricultural Research Organization (NARO).

These include a maize variety engineered to be drought tolerance and insect resistant, and a banana biofortified with higher beta carotene [for vitamin A] and engineered with resistance to banana bacterial wilt. While both have moved toward commercialization, there does not appear to be the political will to facilitate the two vital regulatory approval processes required for that to happen. 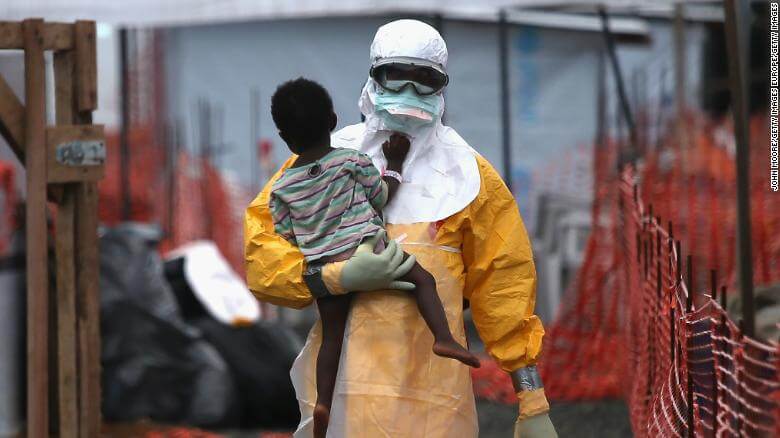 To understand where things stand, consider that the nation’s lawmakers passed the Genetic Engineering Regulatory Act (GERA) in November 2018. Yet it remains unsigned by the nation’s president, who has given little reason to suggest that’s going to change any time soon.

And even if it were signed, GMO proponents are worried about some elements of the law, including what’s known as clause 35, which deals with liability issues. In the event there is any harm to the environment or human health, the act presumes guilt for any person or company holding a patent for the genetically engineered product accused of causing the problem.

There is hope, however, that successful use of genetically engineered Ebola vaccines could encourage GMO doubters to reconsider their opposition. Since the Ebola outbreak in DR Congo started in August 2018, 1,700 people have died. The World Health Organization has declared the situation a Public Health Emergency of International Concern (PHEIC). Ugand grew increasingly concerned in May and June, after the hemorrhagic fever surfaced and killed three people in western region close to DRC. A few weeks later, WHO’s director-general, Dr. Tedros Adhanom Gibreyesus, visited Kampala  to assess Uganda’s Ebola surveillance, preparedness and response.

The WHO chief met with Uganda’s president, Gen. Yoweri Museveni, at the State House in Entebbe. Discussions are said to have centered on the proposed use of the experimental vaccine, known as recombinant Vesicular Stomatitis Virus (rVSV), which had been stocked in Uganda’s National Medical Stores (NMS). And experimental treatment was used during recent outbreaks in Guinea, Sierra Leone and DR Congo.

Approval of the vaccine was granted the state-run Uganda National Council for Science and Technology (UNCST) and its National Biosafety Committee (NBC); the National Drug Authority (NDA) which regulates medicines; and the Uganda Virus Research Institute (UVRI), the lead agency that tests and detects Viral Haemorrhagic Fever (VHF) cases in Uganda, including Ebola.

It remains to be seen how the nation’s anti-vaccination groups will react to the experimental Ebola vaccines. There are several NGOs and other groups opposed to childhood vaccines. Most of them are driven by religious and cultural concerns. Key among them is controversial traditionalist Kihuura Nkuba, a proprietor of Greater Afrika Radio, which has not yet taken a public position opposing the Ebola vaccine.

Previous national immunization programs supported by international agencies such as UNICEF, have been attacked by some clergy and Kihuura Nkuba in public meetings, house-to-house campaigns, during church and mosque prayers, and on Greater Afrika Radio. These groups have also, in the past, expressed anti-GMO ideological beliefs.

In August 2018, Uganda’s health minister, Dr. Jane Ruth Aceng, was quoted by the Voice of America as saying that the Ebola vaccine would be given to Uganda’s health workers: “Despite being experimental, the vaccine is absolutely safe…..The vaccine is a recombinant vaccine genetically developed by getting a particle of the Ebola gene, replacing a particle of the gene with another virus called the vesicular stomatitis virus.,”

The vaccine, she said, therefore is a genetically modified organism, that is able to replicate and cause anti-body production against the Ebola virus but not cause Ebola virus disease.

As far as environmental and commercial release of GE crops, Uganda’s NBC chairman, Dr. Charles Mugoya, said there’s no need for alarm, as the country has adequate infrastructural and manpower capacities to do risk assessment for safe development and pre-release trials. Said Mugoya:

“We only lack a comprehensive biosafety legislation, attendant regulations and guidance. The UNCST Act (1990) we use as an interim law for research, cannot oversee environmental and commercial releases or allow public access to GE technology and products.”