Viewpoint: How agroecology can improve life for Africa’s smallholder farmers

This article or excerpt is included in the GLP’s daily curated selection of ideologically diverse news, opinion and analysis of biotechnology innovation.
Nassib Mugwanya’s call for attention to the difficult reality of smallholder farmers across Uganda and Africa is welcome. Life as a smallholder farmer is arduous and full of uncertainties, and many challenges will be (or already are) exacerbated by climate change. Efforts to improve living conditions for this large group ought to be a priority for anyone interested in “sustainable development” — indeed, much more so than many governments’ budgets reflect.

[Editor’s note: This article is a critique of Nassib Mugwanya‘s February 2019 article Viewpoint: Agroecology is a ‘dead end’ for African farmers trying to achieve food security, originally published by the Breakthrough Institute.]

But in contrast to Mugwanya, we argue based on recent dissertation research and 19 years of experience from development practice and participatory research that agroecology has great potential as a model of agricultural development. And it is a more sustainable and smallholder-inclusive model than conventional “modernization” at that. How can our conclusions differ so drastically? We will here respond to Mugwanya’s central criticisms, all of which are important points of debate: (1) that agroecology is just another word for “traditional farming,” (2) that agroecology cannot contribute to agricultural intensification, and (3) that claims about “social justice” as an outcome of agroecology are unsubstantiated.

First, Mugwanya’s central argument (reflected in his title) is that agroecology does not offer Ugandan (and African) farmers an appealing alternative to conventional agricultural modernization because it essentially represents a continuation of what farmers are already doing. The problem here is that, as Mugwanya correctly notes, agroecology is a fuzzy term with different meanings depending on who uses it. Thus, it is inevitable that the picture of agroecology painted by Mugwanya is a selective one — one that equates “good” with “traditional” and “bad” with “modern.”

Proponents of agroecology, he argues, “are proscribing technology and agricultural modernization in the name of social justice and working within the limits of nature.” We agree that there are indeed some voices within the heterogeneous debate around agroecology who have been dogmatic in their view of technologies associated with “modernization” while idealizing traditional farming (see, for example, Bernstein’s critique). However, this is far from universal and is not a fair accusation to direct at agroecology as a whole. For example, one of the most vocal agroecology proponents, the transnational network of peasant organizations La Vía Campesina, has often advocated a model that “does not [emphasis added] entail a complete rejection of modernity, technology and trade accompanied by a romanticized return to an archaic past steeped in rustic traditions.”

Our experience and evidence suggest that the kind of backward-glancing techno-skepticism that Mugwanya refers to is extremely rare among the actors in Ugandan civil society and academia who are exploring and promoting agroecology (which is hardly the dominant approach to agricultural development, contrary to what Mugwanya implies). For example, SATNET (the Sustainable Agriculture Trainers Network) has been promoting new cassava varieties from Namulonge in 2015 in Kasese and Kyenjojo, and the multiplication of improved banana varieties from Rwebitaba ZARDI since 2014 in Kabarole and Kyenjojo. It has combined these efforts with natural soil fertility management practices and the promotion of “modern” marketing associations and cooperative unions across the Rwenzori region. 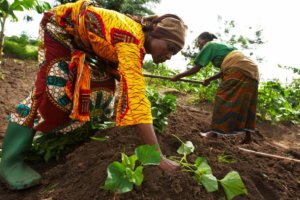 PELUM Uganda, ESAFF Uganda, Caritas Uganda, and Sulma Foods are other examples of actors that use agroecology to improve, not preserve, the livelihoods of smallholder farmers in Uganda. Sometimes this includes reviving traditional practices; sometimes it means introducing new ones. This is why, in this context, we argue that it is useful to associate agroecology with efforts to foster “modernization from below” — neither development underpinned by uncritical technological optimism and an ill-informed belief in the capacity of markets to solve social and ecological problems nor perpetuation of the status quo.

Second, Mugwanya rightly points out that evidence for certain arguments made by agroecology proponents about its merits is scant, especially when it comes to direct productivity comparisons between production systems. When sweeping statements are made about agroecology’s merits despite limited evidence, this is indeed problematic. But it is not true, as the article suggests, that there is no cause to believe that agroecological farming can yield substantial productivity increases in smallholder farming systems, sometimes even comparable with conventional approaches.

There are, in fact, indications that this is possible, especially when productivity is measured at a system level, as is the most reasonable. While this evidence is indeed limited, what it indicates is not that we should discard agroecology, but rather that more resources should be invested into further understanding and improving agroecological approaches. Unfortunately, agroecologists are often stuck in a vicious circle: accused of not having the evidence while lacking the support to engage in the necessary experiments. 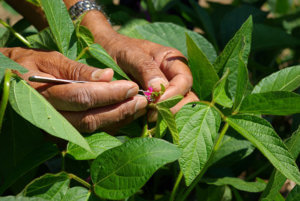 Meanwhile, much of agricultural research (including plant breeding) has come into the hands of the agrochemical industry, where there is little interest in developing productive agroecological systems. But even so, Mugwanya’s arguments fall short. Like many other critics, he refers to meta-analyses comparing “organic” with “conventional” agriculture as conclusive evidence that agroecology is inherently at odds with intensification. The problem is not only that the methodology of such studies is often contested, but also that most of the “organic” systems they refer to bear little resemblance to agroecological farming.

Indeed, Mugwanya himself cites a study of agroecosystem diversification which concludes that “appropriate investment in agroecological research to improve organic management systems could greatly reduce or eliminate the yield gap [between conventional and organic agriculture] for some crops or regions.” How this can be turned into an argument against agroecology is perplexing, and can only be taken as a sign that the author seeks to undermine the credibility of agroecology rather than objectively understand its potential.

Third, Mugwanya argues that agroecology should not be assumed to have “built-in” social justice, as some of its proponents imply. We agree: if social justice is a desired outcome, any model of agricultural development must explicitly and actively foster such an outcome, whatever the practical and technological content. On the other hand, Mugwanya makes no attempt to show how the conventional modernization model he endorses can adequately accommodate demands for social justice.

There is considerable evidence that it is very unlikely to do so, above all owing to its reliance on market mechanisms rather than conscious redistributive efforts along egalitarian principles. Although agroecology does not automatically translate into social justice, it does have a particularly advantageous starting point, for example, by being ill-suited to commodification (which does not mean that agroecology is necessarily incompatible with commercialization). This is one reason why rural social movements around the world strongly embrace agroecology. Another is that agroecological approaches are key for rebuilding the fertility of degraded soils — a serious challenge faced by many African smallholders.

Even if the numerous environmental problems associated with input-intensive agriculture are put aside, agroecology offers solutions to problems disproportionately faced by smallholders that sole reliance on conventional approaches is incapable of delivering. As such, it is not by chance that social justice has become central to claims for agroecology.

Finally, we must note that Mugwanya is writing from his position at the Uganda Biosciences Information Centre, established by Uganda’s National Research Organisation (NARO) “to ensure that Uganda and the whole world are aware of the significant steps the country is making in modern agricultural biotechnology.” This does not in and of itself invalidate his critique, some of which is justified. However, given the considerable political and economic interests vested in agricultural development, it is imperative to always critically assess whose voices are represented in the debate.

For several decades now, NARO has received considerable external funding from organizations such as USAID and the Bill and Melinda Gates Foundation, not least for biotechnology research and promotion. These actors represent a common, yet very particular vision of what “agricultural modernization” ought to look like, which is inextricably tied to direct material interests in realizing that vision. Critical debate is always welcome, as on the limitations, challenges, and uncertainties of agroecology — and there are many! But the gravity of the numerous problems faced by smallholders is too great to allow for scientifically promising alternatives like agroecology to be unduly dismissed.

Ellinor Isgren is a postdoctoral fellow at Lund University Centre for Sustainability Studies in Lund, Sweden. Follow her on Twitter @EllinorIsgren

Thaddeo Kahigwa Tibasiima is program manager for Agricultural Research and Technology Development at SATNET in Fort Portal, Uganda, and a PhD candidate at the University of Natural Resources and Life Sciences in Vienna, Austria.

This article originally ran at the Breakthrough Institute as In Defense of Agroecology and has been republished here with permission.