When blood relatives hook up: Is ‘Genetic Sexual Attraction’ really a thing?

Ricki Lewis | November 5, 2019
This article or excerpt is included in the GLP’s daily curated selection of ideologically diverse news, opinion and analysis of biotechnology innovation.

In the first episode of the Australian TV series Sisters (recently reborn as Almost Family on Fox), Julia Bechly has just learned that her ailing father Julius, a fertility specialist whom she’s been caring for, is nearing his end. She needs a break, so she swipes right, trades her jeans for a miniskirt, slaps on make-up, and heads out, meeting hot Sam at a bar. She practically devours him.

The next day, a news story breaks that 20-something years ago, Julius used his own sperm to impregnate his infertility patients. Dear old dad, with a weak smirk, confirms from his deathbed to Julia that he indeed secretly shared his seed.

Julia, panicked, riffles through her dad’s records and stares at his bulletin board of babies in a new way. Why not throw a “family gathering” and invite all 100 or so of her biological half-siblings and hand out DNA kits to those who haven’t already tested?

But at the gathering, through the excited throngs, Julia sees her recent hookup enter the ballroom, with a woman. They approach.

But he cuts her off, gesturing to his partner. “And this is my wife, Natalie.”

“Oh, so you must be …” Julia stammers at the young woman.

Sam interrupts. “Not her. My parents had IVF at your father’s clinic.”

Spoiler alert: Julia and Sam turn out to not really be related. But the immediate ick response is real – as so may be the “genetic sexual attraction” that, for a time, they thought preceded it.

The term “GSA” is credited to Barbara Gonyo. In the 1980s, she described people who meet for the first time as adults and feel sexual attraction and/or fall in love, then discover that they are related. In her 2011 book “I’m His Mother But He’s Not My Son,” she relates finding the son she gave up for adoption and falling in love with him, years later, in a decidedly not mother-and-son way. She leads an adoption support group for others dealing with GSA.

Gonyo’s story pre-dates the flood of consumer DNA testing results that are now blowing the lid off of once-anonymous sperm and egg donations. The intersection of spit-in-the-tube testing and assisted reproductive technologies has fed GSA.

“Disgusted by incest? Genetic Sexual Attraction is real and on the rise” headlines a Telegraph article from 2016. It includes an image from a tabloid depicting a 51-year-old and her boyfriend, the son she’d given up for adoption. “I’m in love with my son and want to have his baby,” blares the tabloid headline. 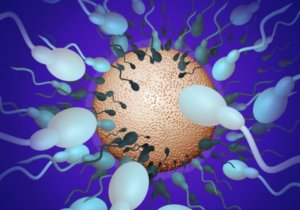 Also in 2016, a website for celebrity gossip featured a 36-year-old who gave up her son, then 19, at birth, and went on to have 8 more kids. Mother and son connected on Facebook and met in person a year ago. They fell in love and when they blabbed about it, were arrested and charged with incest.

That same year, a piece in Cosmopolitan offered the viewpoint of the younger person in a GSA pair: “A woman suffering from genetic sexual attraction explains how it feels to fall in love with your dad.” The Cosmo source was an anonymous Reddit post.

The woman was adopted as a baby, tracked down biomom, and through her found biodad, who had been married for two decades. Making a long and highly disturbing story short, they exchanged photos, felt something, chatted online and on the phone, then met.

It took a month for things to “get out of control.” They ended up together – if the story is true.

By January 2019, with fallout from the holiday advertising blitz of DNA test kits, this story appeared, tracking another Reddit journey: “Genetic sexual attraction – a couple’s story going viral as a result of a 23andme test discovery.” (That month was also when I discovered a half dozen half-sibs through AncestryDNA and 23andMe.)

In the new Reddit reveal, a man learned that his girlfriend was his half-sis. Although they knew they were donor-conceived, it was shocking. When they discovered what they shared – dad – they ended their relationship, amidst much angst.

Dissatisfied with tabloids and secondhand Reddit repeats, I posted on private Facebook groups for the donor-conceived, asking for experiences. Considering late-to-the-game sperm bank restrictions on number of donations with no clear enforcement, an unintentional hookup with relatives can happen.

Here are a few posts, reworded and de-identified. Responses ranged from regarding attraction to a half-sib as exciting, weird, or revolting. The term “mind fuck” recurred.

Of course social media select for those prone to providing TMI and over-sharing, and the posts were from women. But GSA is real to those affected.

To mix musical metaphors, what’s DNA got to do with it? Absolutely nothing. Here’s a look at the biology of the phenomenon.

Procreating relatives– such as uncle-nieces and cousins – have been vital in genetic research because they accelerate the pairing of recessive mutations inherited from shared ancestors, upping the incidence of the associated diseases. Online Mendelian Inheritance in Man, the “bible” of genetics, sites cases of “consanguinity” (“same blood,” aka incest) for 4,148 of the 25,209 single-gene conditions described.

Consanguinity is taboo in some cultures, yet normal in others. The Egyptian Ptolemy dynasty from 323 BC to 30 BC took inbreeding to such an extreme that their pedigree resembles a ladder, festooned with half-sib, uncle-niece, and even four brother-sister pairings. Cleopatra married her brother, Ptolemy XIII, when he was just 10, in an attempt to preserve the so-called royal blood.

“Approximately 1.1 billion people currently live in countries where consanguineous marriages are customary, and among them one in every three marriages is between cousins” according to the Geneva International Consangunity Workshop Report. It’s most common in North Africa, the Middle East, Pakistan, Afghanistan, and Morocco. In South India, 20 to 50 percent of marriages are between relatives.

In communities where consanguinity is practiced, pairings aren’t based on physical attraction but on relationship. GSA is opposite. But GSA doesn’t make biological sense, despite the experts at Cosmo stating “It is believed this is an extreme manifestation of the theory that humans seek to partner up with mates that are like themselves.”

Well, no. In fact, evolution has provided ways of recognizing relatives that help to avoid incest and the resulting inbreeding that can threaten survival of a species.

Inklings of what would become the GSA hypothesis are traced to 1891, when Finnish anthropologist Edvard Westermarck, who posited that children brought up in the same household are not attracted to each other as adults, thanks to an inborn incest taboo of sorts.

More recently, studies showing that children brought up on the same kibbutz (a collective farm) in Israel only very rarely marry each other are cited as supporting the Westermarck effect. It’s a little like the unwritten rule at my high school that you never date someone from the same school.

Another line of evidence comes from the theory of kin selection: Individuals act to increase the reproductive success of relatives, even at the expense of their own fertility or survival. It’s best studied in birds, where aunts and uncles tend nests.

Kin selection is based on the ability of relatives to recognize each other. Pheromones help to make that possible. Unlike hormones, which act within an individual, pheromones pass among members of a species.

Thanks to pheromones and other clues and cues, children become “desensitized” to the relatives with whom they grow up. Insects and rodents choose genetically dissimilar mates by sniffing pheromones, according to several studies.

Human pheromones have an online presence that outstrips what we actually know about them. Concoctions include EroScent, “Pheromone Cologne for Men,” and “Super Primal for Her,” which helpfully includes an illustration of a 4-ringed structure on the label that triggered post-organic chemistry stress disorder.

The best-studied human pheromone is androstadienone, which is abundant on the armpit hairs and skin of the male of the species.

A beloved pheromone investigation hails from 1995, when Swiss zoologist Claus Wedekind published a paper with the unsexy but informative title “MHC-dependent mate preferences in humans.”

(Bio lesson: The MHC is the major histocompatibility complex, a group of genes in vertebrates that control the immune response. In humans a subset of the 200 or so MHC genes clustered on human chromosome number 6 comprise the human leukocyte antigens – the “HLA” types consulted to match organ donors to recipients. )

The Swiss researchers recruited 49 young women and 44 young men, all straight. They typed the DNA for the human versions of the genes known to affect mating in rodents, and used an HLA panel to assess how closely related potential couples were. Then the women used nasal spray for two weeks to clear their nasal passages.

The women ranked the shirts by pleasantness, intensity, and sexiness. And like their rodent counterparts, they preferred the sweaty tees from the men least genetically like them. The findings were repeated using vials of androstadienone.

In 1997, Carole Ober, professor of genetics at the University of Chicago, went beyond smelly tee shirts with a study of the Hutterites. These people descend from the same European Anabaptist Christian sect as the Amish and Mennonites, and they currently live, in large families with a communal lifestyle and limited genetic diversity, in the upper Great Plains of the US and in western Canada. Their isolation makes them ideal for genetic studies.

Dr. Ober found that most of 411 Hutterite couples tended to choose partners who were the least like them according to their HLA types. 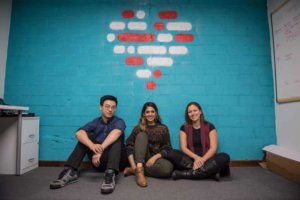 Given experiments on other members of the animal kingdom and the limited studies on people, I don’t think that there’s any logical biological “reason” for unknowing half-siblings (or other familial combos) to be physically attracted to one another.

Could the attraction simply be comfort with the familiar? Like how I feel during December upon walking into a room of Jewish people from Brooklyn? Does a person feel attracted to someone who has a ski-slope nose reminiscent of grandpa, hair like that of a beloved cousin, or a voice like a known sibling?

Or is GSA a manifestation of self-love?

It turns out that there’s abundant scientific evidence for like-attracting-like too. It’s called assortative mating.

With dueling hypotheses, I hope that academic sex researchers will ramp up investigation of genetic sexual attraction.