Growing and selling genetically modified organisms (GMOs) is permitted in the UK but GMO products are subject to a lengthy and stringent EU authorization process. There are currently no GM crops grown commercially in the UK, but they are imported. So, what is the UK’s relationship with GM products, and where do we stand on gene editing? We spoke with Nigel Halford, Principal Research Scientist at Rothamsted Research, UK.

What is the current legislative context for GMO products and new breeding technologies like gene editing?

In 2003 the EU issued Regulation (EU) No 503/2013 on the deliberate release of GMOs into the environment. As a result, any commercial use of GM crops or crop products anywhere in the EU has to be approved by the European Commission. The regulation drew on the definition of a GMO in Directive (EC) No 2001/18, which stated that a GMO is ‘an organism, with the exception of human beings, in which the genetic material has been altered in a way that does not occur naturally by mating and/or natural recombination’. The law exempted organisms whose genomes were modified using mutagenesis techniques, which introduce changes to an organism’s DNA but don’t add foreign genetic material (the ‘Mutagenesis Exemption’; Annex IB of Directive 2001/18).

Researchers in the field and biotech industry leaders had hoped that gene editing techniques such as CRISPR–Cas9 would be exempted from the GM risk assessment process in the way that ‘old-fashioned’ mutants are, so that the technology could develop in European Member States. However, in 2016, proceedings against the French government brought by Confédération Paysanne, a French farmers’ union, and others, who sought an annulment of the ‘Mutagenesis Exemption’, came before the European Court of Justice, and in July 2018 the ECJ issued its judgement (Opinion Case C-528/16).

While rejecting an annulment of the Mutagenesis Exemption, the ECJ judges stated that only mutagenesis techniques that have ‘conventionally been used in a number of applications and have a long safety record are exempt from’ the obligations laid out in the 2001 Directive. This means that, currently, organisms made using mutagenesis techniques developed after 2001, including gene editing, are not exempt from the directive.

What is the current landscape for gene editing in terms of research and commercialization?

In practical terms, if we do a field trial of a gene edited crop here at Rothamsted, currently it would have to be in our GM field trial facility, which is a securely fenced, specific area of land within the main farm.

The landscape is quite bleak. Only two GM varieties have been approved for cultivation by the European Commission and only one of these varieties is actually being grown in Europe. No GM varieties are grown in the UK. If gene edited plants are regulated in the same way, there is little hope of commercial gene edited crops being developed.

We still have no formal regulations on gene editing in Europe. The ECJ gave a ruling on a specific case in 2018. Within the ruling, they confirmed that under the EU definition, anything with an artificial change to its DNA is a GMO. They upheld the exemption for products of chemical mutagenesis or radiation mutagenesis, which have tens of thousands of mutations at random positions in the genome, but stated that, in their opinion, the exemption should not be extended to gene edited plants, which have single, targeted mutations. 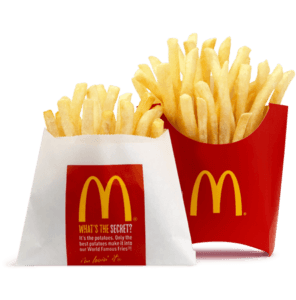 We are miles and miles behind the rest of the world in the EU with regards to GM and the consumer loses out. This is very clear when one considers my own work on reducing acrylamide. Acrylamide is a carcinogenic processing contaminant – read more in ‘Acrylamide, Plant Genomics and the Food Industry’. Scientists in the USA have developed low-acrylamide potatoes by reducing asparagine synthetase through RNA interference (a GM technique). These low-acrylamide GM potatoes have been on the market for several years and French fries made from them have a fraction of the acrylamide of French fries made from other potatoes.

These potatoes also have other advantageous traits – bruising control from inhibition of a Ppo5 gene and, in the latest version, inhibition of an invertase gene, improving sugar stability during storage. European consumers don’t have access to these potatoes. As well as consumers, the agricultural industry also loses out. These potatoes have blight resistance imparted by a gene from a wild potato, which could be of huge benefit to UK and EU farmers. There are multiple traits in this potato affecting disease resistance, quality, and food safety. It’s an example of where US biotech is heading and how far behind we are. The agriculture and food industry in Europe does not have access to anything like this and will not have for the foreseeable future.

Ultimately, we have an unsustainable situation for plant biotechnology and gene editing in Europe. Companies in Europe are not going to invest in technologies without a certain commercial application.

What has been the response to the 2018 ruling?

There has been a kickback against the ruling. This is partly to do with implementation. How does the EU propose to regulate those products categorized as gene edited and test for gene edited crops in imports, when the mutations induced by gene editing are indistinguishable from those that occur naturally? The USA, for example, is not regulating gene editing at all unless a plant pest is involved, so most of it is not regulated.

How is the EU going to keep tabs on what is and what is not gene edited? A variety produced by gene editing in the USA, or elsewhere, might have a paper trail in the first instance, but when a mutation is crossed into other lines by breeders, that trail will eventually go cold. Farmers will have no need to advertise the fact, or even consider it at all, so how will European regulators know what’s coming in? I think it is widely recognized that it’s just not going to be possible to police it.

The European Commission have recognized this difficulty. But their response has been to state that they see a need for a research project to look at this issue. This is just kicking the can further down the road. We’re going to be well into the 2020’s before we get the result of that.

Where does the plant genomics and biotechnology sector need clarity from the EU?

We need a statement from the Commission clarifying a number of things.

Firstly, I would, along with the European scientific advisors, say we need a new definition of what is and what is not a GMO and what comes under the GM risk assessment regulations. As genomics goes forward, as well as biotech, and other new technologies come into plant breeding, the current definition will become less and less useful (if it ever was useful).

Secondly, it must be made absolutely clear that a mutant is not a GMO. Within the 2018 Ruling, while upholding the Mutagenesis Exemption in principle, the ECJ suggested that Member States could make their own decisions on individual cases, which has cast further uncertainty over the status of hundreds of crop varieties around the world with mutations induced by chemicals and radiation since the 1950s.

Oilseed rape is one of these. It was only made fit for human consumption through an intensive mutagenesis program. How could you possibly roll that back? It just could not be done, and clarification is needed in a statement from the Commission.

Lastly, the EU needs to take politics out of the GM approval process: if the EFSA GMO panel finds a GM crop variety to be safe that should be the end of the process, and the variety should be able to move to commercialization, including for cultivation, without further hindrance.

The Commission needs to recognize the hypocritical situation Europe finds itself in. Europe has a regulatory system that basically prevents GM varieties being grown in Europe; yet it imports millions of tons of GM soybean, maize, cotton and oil-seed rape, for use mainly in animal feed. The European animal feed market is totally dependent on GM produce imported from outside Europe and has been since the early 2000s.

Europe also has to face up to the fact that the GM revolution in plant breeding happened, and it happened quite a long time ago. GM is not new: It’s 20th century technology. We also cannot go on pretending that the gene editing revolution is not happening now: the first commercial gene edit crop was approved in Canada in 2014, so we are already falling well behind. Gene editing will develop in plant breeding and other sectors of the biomedical sciences regardless of what Europe does. Europe needs to recognize that and move its regulations towards alignment with its trading partners, based on sound science.

What do you think the UK’s relationship with GM and gene-edited plant organisms will look like in the future?

There is still a huge amount of uncertainty as to what will happen post-Brexit. We do not know what the long-term trading agreement will mean for UK regulation. Will the UK have to retain regulatory alignment with the EU or not? We just don’t know.

What we do know is that, quite surprisingly to many of us, crop biotechnology was one of the things Boris Johnson talked about in the first speech he made as Prime Minister in July 2019. He said that he wanted to push biotech forward – which would mean escaping European regulations. So that is something promising. But it’s still up in the air as to whether that will actually happen.

Professor Nigel Halford is Principal Research Scientist at Rothamsted Research, UK. He is the author of more than 130 scientific papers. Olivia Sewell is a marketing assistant and content creator at Global Engage.

This article was originally published on the Global Engage blog. The article was guest authored by Nigel Halford in a series for the 8th Plant Genomics & Gene Editing Congress: Europe. Follow Global Engage on Twitter @Agbio_GE and visit their LinkedIn page