This article or excerpt is included in the GLP’s daily curated selection of ideologically diverse news, opinion and analysis of biotechnology innovation.
As global temperatures continue climbing and weather patterns grow increasingly chaotic, we need to utilize every technological innovation at our disposal to slash greenhouse gas emissions. Everyone ostensibly agrees with such a sensible proposition, but the mainstream press, many consumers and even some government regulators stop short of endorsing one obvious solution to the challenge of climate change: GMO crops, specifically a variety of ryegrass engineered to minimize methane emissions from livestock.

The following article was originally written by retired analytical chemist Colin Parker as a letter to UK newspaper the Guardian. Parker’s commentary was a response to a story by the paper’s New Zealand correspondent Eleanor Ainge Roy, in which she discussed the latest research efforts to reduce methane emissions from livestock farming. This is an important question in New Zealand, where dairy farming is a major export industry. The current government is seeking to reduce greenhouse gas emissions across the board, and animal agriculture is an obvious starting point given its economic importance to the country.

Unfortunately, the Guardian article did not even mention the ryegrass variety, nor the legislative barriers keeping it and other biotech crops from reaching their full potential. This letter was, first and foremost, an appeal to the Guardian to correct this oversight in future reporting. More generally, however, Parker wanted to encourage the paper to provide scientifically accurate coverage of modern genetic technologies and chemistry, and give up its habit of unnecessarily frightening the public with scare stories.

As of this writing, the Guardian has not replied or published the letter.

Thank you for your article on research into ways to mitigate methane emissions from livestock farming in New Zealand. (“From red seaweed to climate-smart cows: New Zealand leads the fight against methane” Guardian, 01 Jan 2020).

I would like to ask you to consider several critical issues your article raised for me. May I begin by saying your upbeat “scientists around the country are being given the green light to run free with their best and brightest ideas” was, to say the very least, a rather optimistic view of the situation. The reality facing scientists is, unfortunately for actually making progress on climate change mitigation, much more complex and frustrating than that.

For example, a major innovation developed in New Zealand that you did not mention in your article is high metabolisable energy (HME) ryegrass. This is a project led by the nation’s publicly funded institute AgResearch, and has now progressed from greenhouse to field trials. By photosynthesizing more efficiently than regular ryegrass, it uses water and nutrients more effectively and stores more energy in a form livestock can use. Among the desirable effects of this novel ryegrass is a reduction in methane emissions from the livestock eating it. The greenhouse studies previously mentioned suggest that this ryegrass should increase productivity by at least 10 percent, though field trials and feeding experiments are needed to confirm the productivity increase and methane emissions reductions in conditions approximately those of real farms.

So, why is this development not receiving more favorable publicity? Why is it not getting the vocal support from politicians that red seaweed is? Because it’s a genetically modified organism (GMO), and therefore subject to some extreme prejudice. Development of the ryegrass is tightly controlled by New Zealand’s nearly 30-year-old and unnecessarily restrictive Hazardous Substances and New Organisms (HSNO) Act. Although the stated intent of that legislation was to make it possible to “proceed with caution” on genetic technologies, the reality is that the Act is applied with such an excess of caution that it allows almost zero progress. In fact, the field trials of HME ryegrass are essentially impossible in New Zealand, and are taking place in the US. This is not exactly encouraging scientists to “run free with their best and brightest ideas.”

I would also note that, in line with Europe, New Zealand law currently treats new gene-editing technologies, such as CRISPR-cas9, the same as the transgenic (GMO) technologies regulated by the HSNO. Yet, as you correctly note in your article with regard to “climate-smart” cows, these gene-editing techniques produce crops and animals essentially indistinguishable from their conventionally bred counterparts, just more quickly and more precisely.

Unless the law is amended to require these products to carry an artificial DNA “tag” that announces “edited via CRISPR,” gene editing is forensically identical to traditional breeding methods. These regulations must be updated if we are to take full advantage of the sustainability benefits afforded by gene-editing technology. 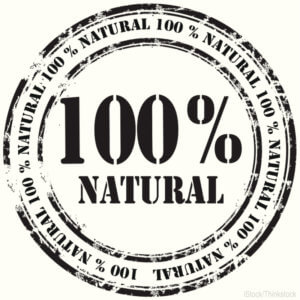 It’s very important to have an informed and wide-ranging discussion about how genetic technologies can advance climate change mitigation, rather than simply dismissing them as “unnatural,” which is objectively false anyway. Researchers sequencing the sweet potato genome found that all cultivated varieties of this staple food are naturally transgenic. Some 8,000 years ago, an aggressive soil bacteria species succeeded in transferring functioning genes into the ancestor of sweet potatoes. The first settlers in New Zealand over 1,000 years ago grew the kumara, the sweet potato they brought with them from the Pacific islands. As a result, supposedly “GE-Free New Zealand” has been growing a GMO staple crop ever since agriculture was established here. So much for avoiding “unnatural” products.

I raise all these issues with a Guardian correspondent because I am a former financial supporter of the the paper, who remembers fondly when your science coverage included Ben Goldacre on bad science. I withdrew my financial support in response to the paper’s chemically illiterate series Toxic America. That collection of articles was an uncritical assault on sound public health policy. The lead poisoning crisis in the city water of Flint, Michigan, for instance, began when the use of corrosion-control chemicals in water treatment facilities was suspended. Clearly, reducing the use of chemicals isn’t always a wise move, though Toxic America was devoid of such important subtleties.

I would like to hope that the Guardian could restore balance to its science coverage, including accurate reporting on the advantages of HME ryegrass. But I fear that the Guardian will continue to give too much credence to the genetic science deniers of the Greenpeace stripe, who rage blindly against any form of agriculture biotechnology, regardless of the scientific facts. Greenpeace in particular would rather see children in the Philippines suffer preventable disease and die in poverty than allow them to consume genetically modified crops biofortified with nutrients they so desperately need.

Along with its support for red seaweed, the New Zealand government should take tough emergency measures. They could start by urgently reviewing the outdated, cumbersome HSNO legislation covering genetic technologies. Activist groups such as Friends of the Earth, Greenpeace and, to a lesser degree, the Green and Labor parties, are science deniers with respect to modern genetic technologies, much to the frustration of working researchers in the biological, horticultural and agricultural fields, who have petitioned for changes to the HSNO Act. This includes the current Prime Minister’s Chief Science Advisor, Professor Juliet Gerrard, herself a biochemist and former food and crop researcher.

In June 2018, the outgoing prime minister’s Chief Science Advisor Sir Peter Gluckman called for a renewed discussion on genetic technologies. He pointed out that the evidence shows GMO-derived foods carry no greater risks than conventional foods. He further argued that retaining outdated and unnecessarily restrictive laws may limit future economic opportunities. He could have added, “and severely hinder responses to climate change.”

Colin Parker is a retired analytical chemist living in Auckland, New Zealand. He has worked in a variety of industries, including pharmaceuticals, pulp and paper production, and agriculture.