Infographic: 3 factors affecting how viruses jump from animals to humans

Raina Plowright of Montana State University is working with infectious disease experts, ecologists, and a range of other scientists to develop a general framework of the factors that influence how infectious agents jump from one species to another.

In the framework, Plowright and her colleagues identify three main areas that affect spillover: the physiology and ecology the reservoir species, how infected animals come in contact with humans, and what happens to humans after exposure to infection. 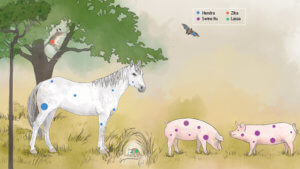 Zoonotic pathogens need a host species to survive. The prevalence and intensity of pathogenic infection in the reservoir animal population can influence the chances of spillover, as can the density of the reservoir species and its proximity to human populations. 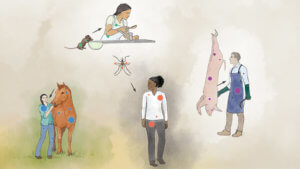 How humans come into contact with animals infected with zoonotic pathogens is another critical factor in spillover. Most commonly, people are exposed via the host animals’ excrement, during slaughter of livestock, and from bites, including from mosquitoes and other arthropods. 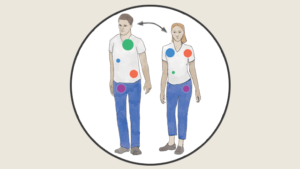 Finally, once the pathogen moves to a human, it has to battle our immune system and coopt cells in our body to replicate. Only then can the pathogen jump to other humans, replicate, spread, and cause an epidemic of disastrous proportions.