Life in lockdown is slowly becoming a rather grim norm for millions of citizens across the globe as the response to the COVID-19 pandemic continues. Governments in many countries have issued stay at home orders and businesses have been forced to close, resulting in the collapse of many high street institutions. It is becoming clear that COVID-19 represents more than just a healthcare challenge. It is also a considerable economic threat. However, while we are confined to our homes destined to ride out this challenge, one European country is taking a different approach to the pandemic.

In Sweden, life looks drastically different from the rest of Europe. While other countries have enforced strict lockdown measures, Sweden has resisted. Instead, the Swedish government have opted to keep large parts of the economy open and approach COVID-19 as something that is not going away any time soon. They are viewing it as something to manage as opposed to something to try and eradicate.

The government has, however, introduced some measures to slow the spread of the virus. Gatherings of more than 50 people have been banned; people are encouraged to work from home; and vulnerable members of society have been told to self-isolate. It is definitely not ‘business as usual’ in Sweden but, in contrast to other countries, non-essential businesses continue to trade.

Bars and restaurants continue to serve customers and the government is working to keep as much of the economy open as possible. Universities and senior schools have closed but primary schools remain open. Social distancing is recommended but the government is challenging citizens to take the responsibility on themselves to do the right thing. The public seem to be responding, with surveys suggesting 9 in 10 people are keeping a safe distance from others. However, recent images of crowded bars, parks and restaurants have led to questions about whether Sweden are persisting with a dangerous strategy.

Why is Sweden responding differently?

From the outset, the Swedish government turned to senior epidemiologists for predictions on how dangerous an unrestricted outbreak of COVID-19 could be. The team led by state epidemiologist Dr. Anders Tegnell anticipated a more limited impact than the scientists advising other European governments. Dr. Tegnell, who has been leading many of the press conferences in favor of Swedish political figures, has recommended an approach based purely on numbers, with little mention of the emotional impact of this crisis.

In short, the government is seeking a more manageable and sustainable approach to tackling the virus. The goal is to protect the vulnerable and slow the spread — without resorting to strict lockdowns that would devastate the economy and citizen morale. In addition, it is hoped that this approach of ‘controlled spread’ can help protect the Swedish population against the feared ‘second wave’ of infections that proved most deadly in the 1918 Spanish flu pandemic. In an interview with the BBC, Dr Tegnell touched on this point:

We know very little about the immunity of this disease, but most of the experts in Sweden agree that some kind of immunity we definitely will have because a lot of people that have been tested so far have produced antibodies … We hope this will make it easier for us in the long run.

How serious is the outbreak in Sweden?

Sweden’s approach has drawn criticism from many in the scientific community. This criticism is often backed by the fact that the death rate in Sweden is considerably higher than the neighboring Denmark, Norway and Finland where much stricter lockdowns are in place.

Related article:  Why all the COVID-induced blood clots, strokes and heart attacks? The coronavirus may be a blood vessel disease rather than a respiratory affliction
Follow the latest news and policy debates on agricultural biotech and biomedicine? Subscribe to our newsletter.
SIGN UP

However, when compared with other countries such as the UK, the Swedish approach appears to be a success story. There is evidence of a plateau in cases and a death rate that hasn’t risen as sharply or hit as high a peak as that observed in the UK. Intensive care units in the Swedish capital have empty beds and a new field hospital has yet to be used. Dr. Tegnell sees this as evidence that the approach is working:

To a great part, we have been able to achieve what we set out to achieve. Swedish healthcare keeps on working, basically with a lot of stress, but not in a way that they turn patients away.

However, the government cannot ignore the fact that the country remains in the top 20 nations in the world with regards to number of cases and has a higher death rate than anywhere else in Scandinavia. In particular, the country is seeing large numbers of deaths in care homes and there is a fear that the older generation is paying a price for this approach. Subsequently, the Swedish government is not opposed to increasing restrictions, but it maintains it is more important to adopt a long-term approach. In a recent interview with CNN, microbiologist Professor Jann Albert touched on the logic behind persisting with a more open approach:

(Stricter lockdowns) only serve to flatten the curve and flattening the curve doesn’t mean that cases disappear — they are just moved in time. And as long as the healthcare system reasonably can cope with and give good care to the ones that need care, it’s not clear that having the cases later in time is better. 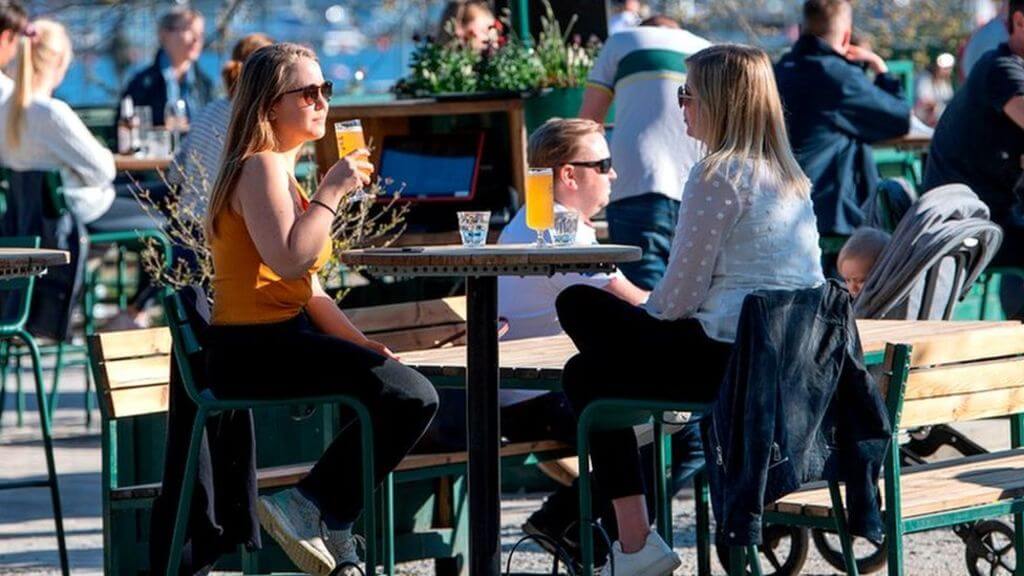 It’s a complex picture and only time will tell

What the Swedish approach really tells us is that this is an extremely complex issue. The truth is nobody really knows how bad the pandemic could get and governments are seeking the best approach to handling it. Every country is different on so many levels including population density, culture, public health and social housing situations. In Sweden, for example, around 60% of people work from home regularly, leading experts to believe the country is already well placed to adapt to a situation such as this. Looking at total infection and death counts really does not give you the full story. There are many factors in play and it is too early to know how each country will fare.

In reality, each country either needs to tailor an approach to their needs or prepare for a worst case scenario and take extreme measures to protect the population. Sweden’s approach is more risky than that taken by European counterparts but, if it pays off, the country may be better placed to recover from the economic fallout of this pandemic. Only time will tell and we will not know if the risk paid off for many months. But, as other countries see deaths mounting, it is easy to understand why they look on Sweden’s tactics with criticism and scrutiny.