Viewpoint: Time to stop thinking of testosterone as a ‘magic male molecule’

We place unreasonable trust in biological explanations of male behavior. Nowhere is this truer than with testosterone. Contemporary pundits invoke the hormone nicknamed ‘T’ to prove points about maleness and masculinity, to show how different men and women are, and to explain why some men (presumably those with more T) have greater libidos. Yet, despite the mythic properties popularly associated with T, in every rigorous scientific study to date there is no significant correlation in healthy men between levels of T and sexual desire.

Beginning in the 1990s and really picking up steam in the 2000s, sales of testosterone replacement therapies (TRTs) went from practically zero to over $5 billion annually in 2018. This was either because there was a sudden outbreak of ‘Low T’ when a major medical epidemic was finally recognized, or because T became marketed as a wonder drug for men thrown into a panic when they learned that their T levels declined 1 per cent annually after they hit 30.

The answer is not that men’s bodies changed or that Low T was horribly underdiagnosed before but that, in the minds of many, T became nothing short of a magic male molecule that could cure men of declining energy and sexual desire as they aged.

What’s more, many have been taught that, if you want to know what causes some men to be aggressive, you just test their T levels, right? Actually, wrong: the science doesn’t support this conclusion either. Some of the famous early studies linking T and aggression were conducted on prison populations and were used effectively to ‘prove’ that higher levels of T were found in some men (read: darker-skinned men), which explained why they were more violent, which explained why they had to be imprisoned in disproportionate numbers. The methodological flaws in these studies took decades to unravel, and new rigorous research showing little relation between T and aggression (except at very high or very low levels) is just now reaching the general public. 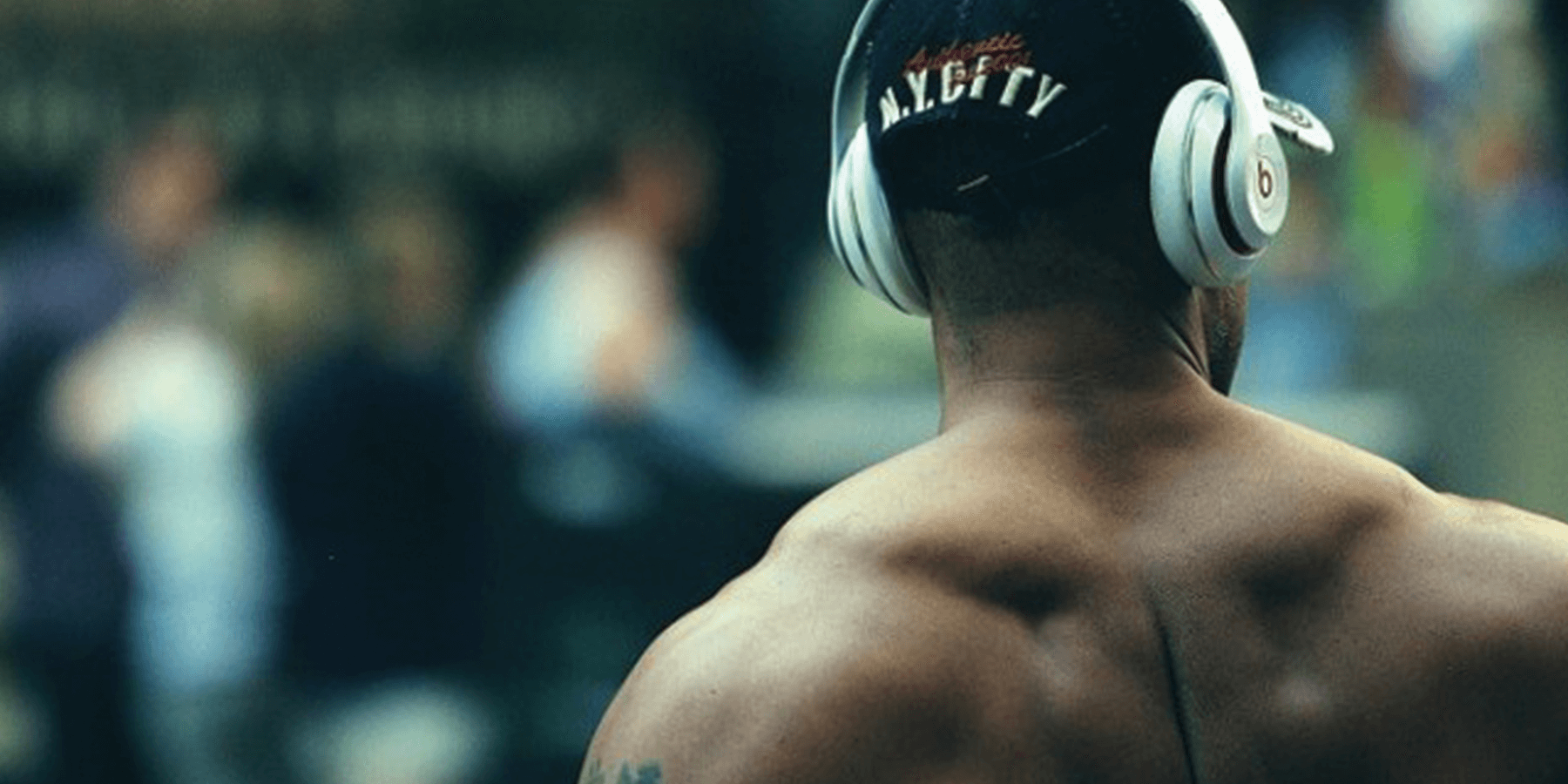 What’s more, it turns out that T is not just one thing (a sex hormone) with one purpose (male reproduction). T is also essential in the development of embryos, muscles, female as well as male brains, and red blood cells. Depending on a range of biological, environmental and social factors, its influence is varied – or negligible.

Robert Sapolsky, a neuroscientist at Stanford University in California, compiled a table showing that there were only 24 scientific articles on T and aggression 1970-80, but there were more than 1,000 in the decade of the 2010s. New discoveries about aggression and T? No, actually, although there were new findings in this period showing the importance of T in promoting ovulation. There is also a difference between correlation and cause (T levels and aggression, for example, provide a classic chicken-egg challenge). As leading experts on hormones have shown us for years, for the vast majority of men, it’s impossible to predict who will be aggressive based on their T level, just as if you find an aggressive man (or woman, for that matter), you can’t predict their T level.

Testosterone is a molecule that was mislabeled almost 100 years ago as a ‘sex hormone’, because (some things never change) scientists were looking for definitive biological differences between men and women, and T was supposed to unlock the mysteries of innate masculinity. T is important for men’s brains, biceps and … that other word for testicles, and it is essential to female bodies. And, for the record, (T level) size doesn’t necessarily mean anything: sometimes, the mere presence of T is more important than the quantity of the hormone. Sort of like starting a car, you just need fuel, whether it’s two gallons or 200. T doesn’t always create differences between men and women, or between men. To top it all off, there is even evidence that men who report changes after taking T supplements are just as likely reporting placebo effects as anything else.

Still, we continue to imbue T with supernatural powers. In 2018, a US Supreme Court seat hung in the balance. The issues at the confirmation hearings came to focus on male sexual violence against women. Thorough description and analysis were needed. Writers pro and con casually dropped in the T-word to describe, denounce or defend the past behaviour of Justice Brett Kavanaugh: one commentator in Forbes wrote about ‘testosterone-induced gang rapes’; another, interviewed on CNN, asked: ‘But we’re talking about a 17-year-old boy in high school with testosterone running high. Tell me, what boy hasn’t done this in high school?’; and a third, in a column in The New York Times, wrote: ‘That’s him riding a wave of testosterone and booze…’

And it is unlikely that many readers questioned the hormonal logic of Christine Lagarde, then chair of the International Monetary Fund, when she asserted that the economic collapse in 2008 was due in part to too many males in charge of the financial sector: ‘I honestly think that there should never be too much testosterone in one room.’

You can find T employed as a biomarker to explain (and sometimes excuse) male behavior in articles and speeches every day. Poetic license, one might say. Just a punchy way to talk about leaving males in charge. Yet when we raise T as significant in any way to explain male behavior, we can inadvertently excuse male behavior as somehow beyond the ability of actual men to control. Casual appeals to biological masculinity imply that patriarchal relationships are rooted in nature.

When we normalize the idea that T runs through all high-school boys, and that this explains why rape occurs, we have crossed from euphemism to offering men impunity to sexually assault women by offering them the defense ‘not guilty, by reason of hormones’.

Invoking men’s biology to explain their behavior too often ends up absolving their actions. When we bandy about terms such as T or Y chromosomes, it helps to spread the idea that men are controlled by their bodies. Thinking that hormones and genes can explain why boys will be boys lets men off the hook for all manner of sins. If you believe that T says something meaningful about how men act and think, you’re fooling yourself. Men behave the way they do because culture allows it, not because biology requires it.

No one could seriously argue that biology is solely responsible for determining what it means to be a man. But words such as testosterone and Y chromosomes slip into our descriptions of men’s activities, as if they explain more than they actually do. T doesn’t govern men’s aggression and sexuality. And it’s a shame we don’t hear as much about the research showing that higher levels of T in men just as easily correlate with generosity as with aggression. But generosity is less a stereotypically male virtue, and this would spoil the story about men’s inherent aggressiveness, especially manly men’s aggressiveness. And this has a profound impact on what men and women think about men’s natural inclinations.

We need to keep talking about toxic masculinity and the patriarchy. They’re real and they’re pernicious. And we also need new ways of talking about men, maleness and masculinity that get us out of the trap of thinking that men’s biology is their destiny. As it turns out, when we sift through the placebo effects and biobabble, T is not a magic male molecule at all but rather – as the researchers Rebecca Jordan-Young and Katrina Karkazis argue in their book Testosterone (2019) – a social molecule.

Regardless of what you call it, testosterone is too often used as an excuse for letting men off the hook and justifying male privilege.

Matthew Gutmann is professor of anthropology and faculty fellow at the Watson Institute for International and Public Affairs at Brown University. His latest book is Are Men Animals? How Modern Masculinity Sells Men Short (2019). Follow him on Twitter @MCGutmann

A version of this article was originally published at Aeon and has been republished here with permission. Follow the site on Twitter @aeonmag