Over 90 percent of US corn, cotton and soybean produced from GMO crops, latest USDA data show

Genetically Engineered (GE) seeds were commercially introduced in the United States for major field crops in 1996, with adoption rates increasing rapidly in the years that followed. Currently, over 90 percent of U.S. corn, upland cotton, and soybeans are produced using GE varieties. GE crops are broadly classified in this data product as herbicide-tolerant (HT), insect-resistant (Bt), or stacked varieties that are a combination of both HT and Bt traits.

Although other GE traits have been developed (such as virus and fungus resistance, drought resistance, and enhanced protein, oil, or vitamin content), HT and Bt traits are the most commonly used in U.S. crop production. While HT seeds are also widely used in alfalfa, canola, and sugar beet production, most GE acres are planted to three major field crops: corn, cotton, and soybeans. 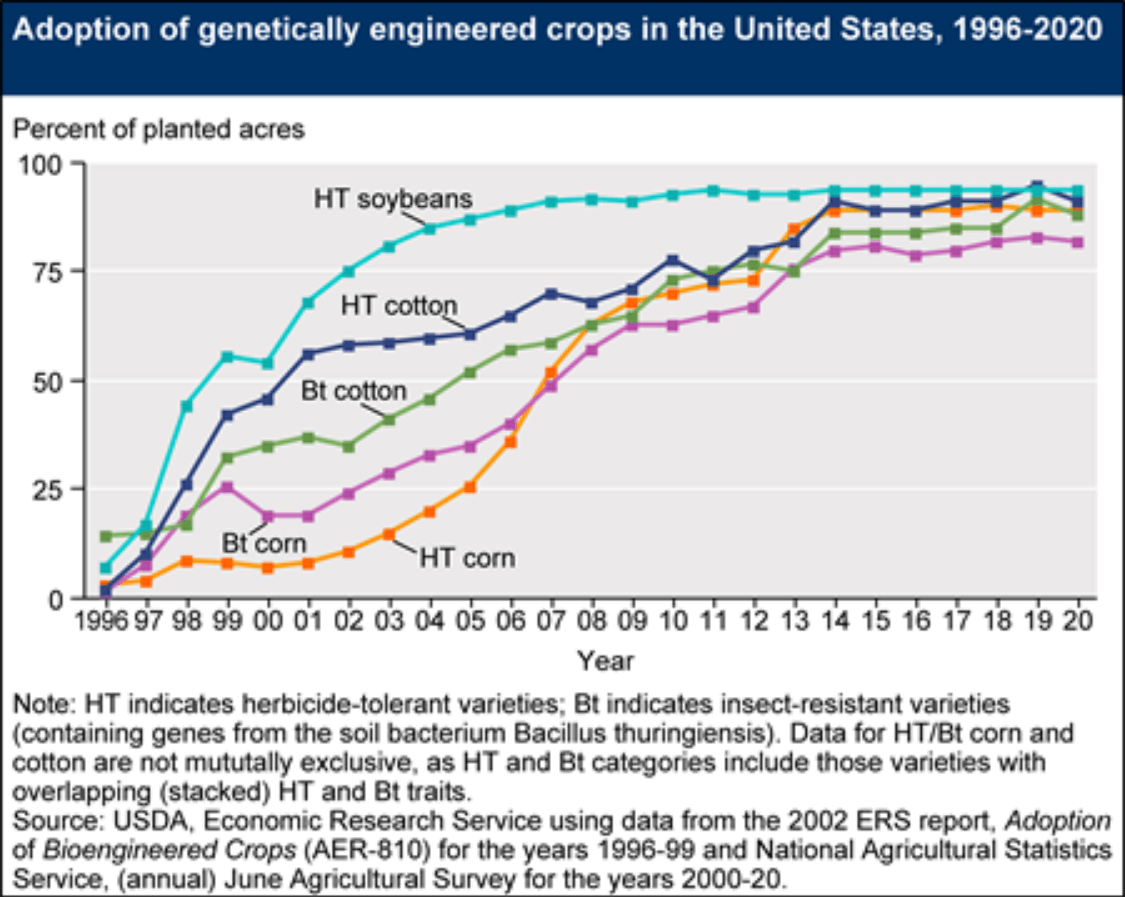