This article or excerpt is included in the GLP’s daily curated selection of ideologically diverse news, opinion and analysis of biotechnology innovation.
When you think of a typical meal in the US South, you will likely recall the rich, hearty dishes that have immortalized themselves in the food culture of the Southern States. Fried chicken, mashed potatoes, gravy, macaroni and cheese; it’s all mouth-watering stuff, but of course there is a catch. Foods like these are loaded with fats and, as a result, calories. A diet heavy in such dishes can have a detrimental impact on your health and wreak havoc on your heart and circulatory system.

The CDC has highlighted the fact that, as a result of such diets, various forms of heart disease kill more Southerners than any other disease. One such example can be found in the fact that Southern Counties record a much higher death rate for diseases such as strokes than the rest of America. Strokes are fast acting and deadly, occurring every 40 seconds in the United States, claiming a life every four minutes. That’s 140,000 deaths a year, the third highest total from any disease. Globally, strokes are an epidemic and the second highest cause of death. 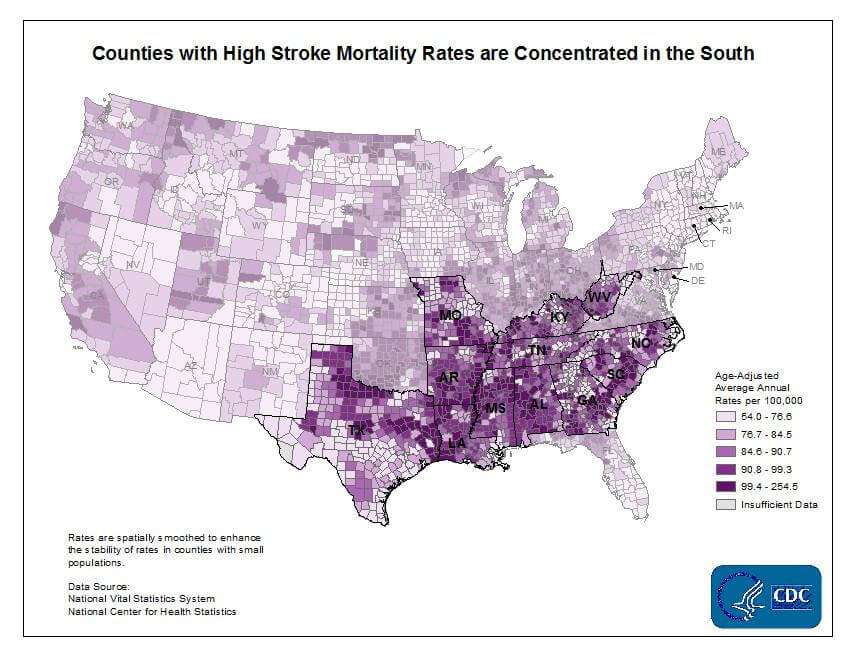 While a satisfying cure remains elusive, advances in biotechnology are offering new hope to the millions of people who experience strokes.

What is a stroke?

A stroke is triggered when a blood vessel in the brain gets blocked or bursts. Striking when the blood supply to part of the brain is cut off, a stroke deprives brain cells (neurons) of their critical supply of oxygen. If neurons go without oxygen for more than a few minutes, they start to die by the millions, so it is critical to act fast if you see any signs of onset. Typically a patient will exhibit distinct physical symptoms such as facial drooping, inability to raise arms and slurred speech, and the stroke usually occurs in one of two ways. During an ischemic stroke, the blood supply is stopped by a clot in a blood vessel, which accounts for roughly 85 percent of cases. A hemorrhagic stroke, in contrast, occurs when a blood vessel within the brain becomes weak and bursts.

Regardless of which scenario occurs, a stroke poses a serious threat to the health of a patient. A constant blood supply is the single most essential component in keeping the brain operational. Every cell within the body relies on oxygen from the blood in order to make energy and function, and the brain is a very “oxygen-hungry” organ. Despite its relatively small size, your brain requires 20 percent of your total oxygen supply. The damage can, therefore, be severe and irreversible if the blood supply to the brain is cut off for more than 10 minutes. For this reason, it is essential that current stroke therapies are administered quickly, but many stroke victims are still likely to suffer long-term consequences that can take years to correct. Consequently, scientists work tirelessly to find better therapies for stroke patients.

The need for new and innovative therapies for stroke patients is driven by limitations in currently approved medical interventions. There are two current drug regimens used to treat strokes. Anticoagulants such as warfarin break up existing bloodclots, preventing the most common types of strokes. Antiplatelets such as clopidogrel (Plavix) can be used to help prevent blood clots from forming altogether. But neither one of these drug types repairs the brain damage often associated with strokes.

Additionally, surgery can be performed to treat brain swelling and help prevent further bleeding, but the lingering problem is that patients are still often left with long-term issues after suffering a stroke. Recovery can be a long and arduous process because of the difficulty the brain has in replacing the cellular connections that are lost when neurons die as a result of a stroke. When the cells die, the functions they are responsible for are lost. Regaining those functions often involves a long course of “reablement” therapies aimed at teaching the brain to build new connections and re-learn skills that were lost after a stroke.

Research indicates that in many instances, a brain can heal itself after a stroke. Cells that are damaged are not beyond repair. They can regenerate. Researchers in the field are pushing for pharmaceutical options to help speed up this regeneration of the lost network of brain cells. This is where gene therapy could make a real difference. Gene therapy offers scientists the tools  required to genetically reprogram cells to help speed up the regeneration process during stroke recovery.

The use of gene therapy is still very much in its infancy, with a lot of research underway to ensure the technology can be implemented safely and effectively. Direct administration of DNA into the brain offers the advantage of producing high concentrations of therapeutic agents in a relatively localized environment. Gene transfer also provides longer duration of effect than traditional drug therapy. Recent studies have shown a lot of promise. 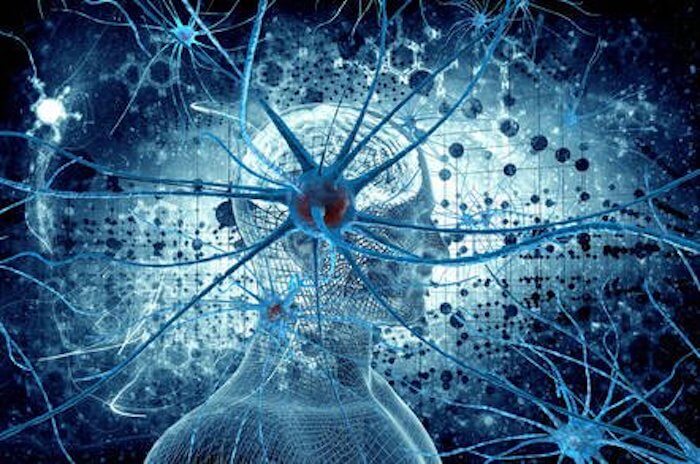 In one such study, researchers at Penn State University developed a gene therapy platform using a gene called neurogenic differentiation 1 (NeuroD1). The study, which was conducted on mice, investigated the potential of using a retrovirus to deliver NeuroD1 directly into the brains of mice that had suffered from a stroke. Researchers found that the therapy converted glial cells into the neuronal cells that are critical to regenerating lost brain tissue. Mice treated with this novel gene therapy not only lost less brain tissue but also showed a significant improvement in motor function. According to the leader of the research team, Prof Gong Chen:

The biggest obstacle for brain repair is that neurons cannot regenerate themselves. Many clinical trials for stroke have failed over the past several decades, largely because none of them can regenerate enough new neurons to replenish the lost neurons. I believe that turning glial cells that are already present in the brain into new neurons is the best way to replenish the lost neurons.

In another study from Florida Atlantic University, a research team explored the potential of using a protein called granulocyte-colony stimulating factor (G-CSF) to give cells in the brains of mice the “genetic push” they needed to trigger regeneration after stroke. The results were, once again, very positive, with treated mice showing an improvement in prognosis after stroke. The cells were more resistant to damage-induced death and this significantly improved behavioral functions in treated mice.

Future research will need to focus on uncovering the complete mechanisms by which GCSF retains the ER and mitochondrial homeostasis.

While Prentice underscored the preliminary nature of this research, the data generated so far indicate gene therapies are extremely promising avenues for improving the lives of stroke patients. And just last month, a team at the University of San Diego Medical School released a study showing that just a single treatment that inhibits a gene known as PTB resulted in the disappearance of symptoms associated with Parkinson’s disease and other neurodegenerative impairments.

“It’s my dream to see this through to clinical trials, to test this approach as a treatment for Parkinson’s disease, but also many other diseases where neurons are lost, such as Alzheimer’s and Huntington’s diseases and stroke,” said Xiang-Dong Fu, head of the research team. “And dreaming even bigger — what if we could target PTB to correct defects in other parts of the brain, to treat things like inherited brain defects?”

The positive nature of Xiang-Dong Fu’s outlook is something we can all feel inspired by. At present, the road to recovery for stroke patients is long and their quality of life can suffer. But we have the potential to kick-start that recovery and help the brain rebuild the precious connections that enable stroke victims to lead healthier lives. For now, there’s no easy answer; preventing a stroke remains a better option than treating and recovering from one. But the constant influx of advances in gene therapy could provide a quicker route to repairing the severe damage when it does occur—dramatically boosting the quality of life for millions of people.

‘They can put a key on their forehead. It sticks’: Ohio GOP embraces crackpot doctor’s view that COVID vaccines magnetize people and interface with 5G towers

Wait and see: Many parents remain cautious about getting their teens COVID vaccinated