Viewpoint: 5 reasons you should be eating GMOs

This article or excerpt is included in the GLP’s daily curated selection of ideologically diverse news, opinion and analysis of biotechnology innovation.
Impossible Burger is a household name best recognized for its successful introduction of a plant-based burger that “bleeds” and has no animal hormones or antibiotics. But, there is another notable “first” for Impossible Burger—it is the first product in stores to adopt the new USDA-approved “bioengineered” GMO (genetically modified organism) product label that will soon be federally-mandated. This puts a spotlight on a major debate: the safety of GMO products.

While there have been no proven documented cases of GMOs causing harm in humans or animals, numerous studies show that consumers generally don’t understand or lack familiarity with GMOs and are decidedly wary to try products that are genetically engineered.

For example, the pro-GMO organization GMO Answers found that 70% of adults don’t really know what GMOs are, and less than a third are comfortable having GMOs in their food. While nearly half of U.S. consumers say they would change their consumption habits to reduce their impact on the environment, it’s worth noting that organic and natural certifications are anti-GMO, creating an increasingly significant dilemma. Plus a new Regenerative Organic Certification adds soil health, animal welfare and farmer economics to organics, but remains unappreciative that GMOs are a major lever to achieve these new goals. While modern genetic engineering is a key enabler of sustainability, food security and health, many consumers automatically look at GMO labels unfavorably.

There continues to be a serious divide between the scientific community and consumer audiences, certifying that authorities are failing to mediate properly and consumers are receiving an inadequate education on the pros and cons of GMOs. As a hero technology for sustainability, nourishing the population, and supporting farmer economics, GMOs fall victim to a misguided negative perception and are actually quite aligned with prevailing consumer demands.

Here are five considerations to put myths to rest and make the case for GMOs:

You’ve eaten GMOs for most of your life and practically speaking, still do.

A GMO has had its DNA altered or modified in some way through genetic engineering. Approximately 60% of all processed foods on supermarket shelves contain GMO ingredients and, according to the USDA, 94% of soy and 92% of corn grown in the United States is GMO. Additionally, more than 90% of the corn and soy harvested for feed utilized in the production of livestock is GMO.

Humans have been altering the genetic makeup of plants for millennia, keeping seeds from the best crops and planting them in following years, selective breeding and crossbreeding, and conducting induced mutation to enable new varieties of crops that taste sweeter, grow bigger, and last longer. It is the technique of genetic-engineering that is new—modern genetic engineering utilizes biotechnology to intentionally direct a targeted change in a plant, animal, or microbial gene sequence to achieve a specific result. 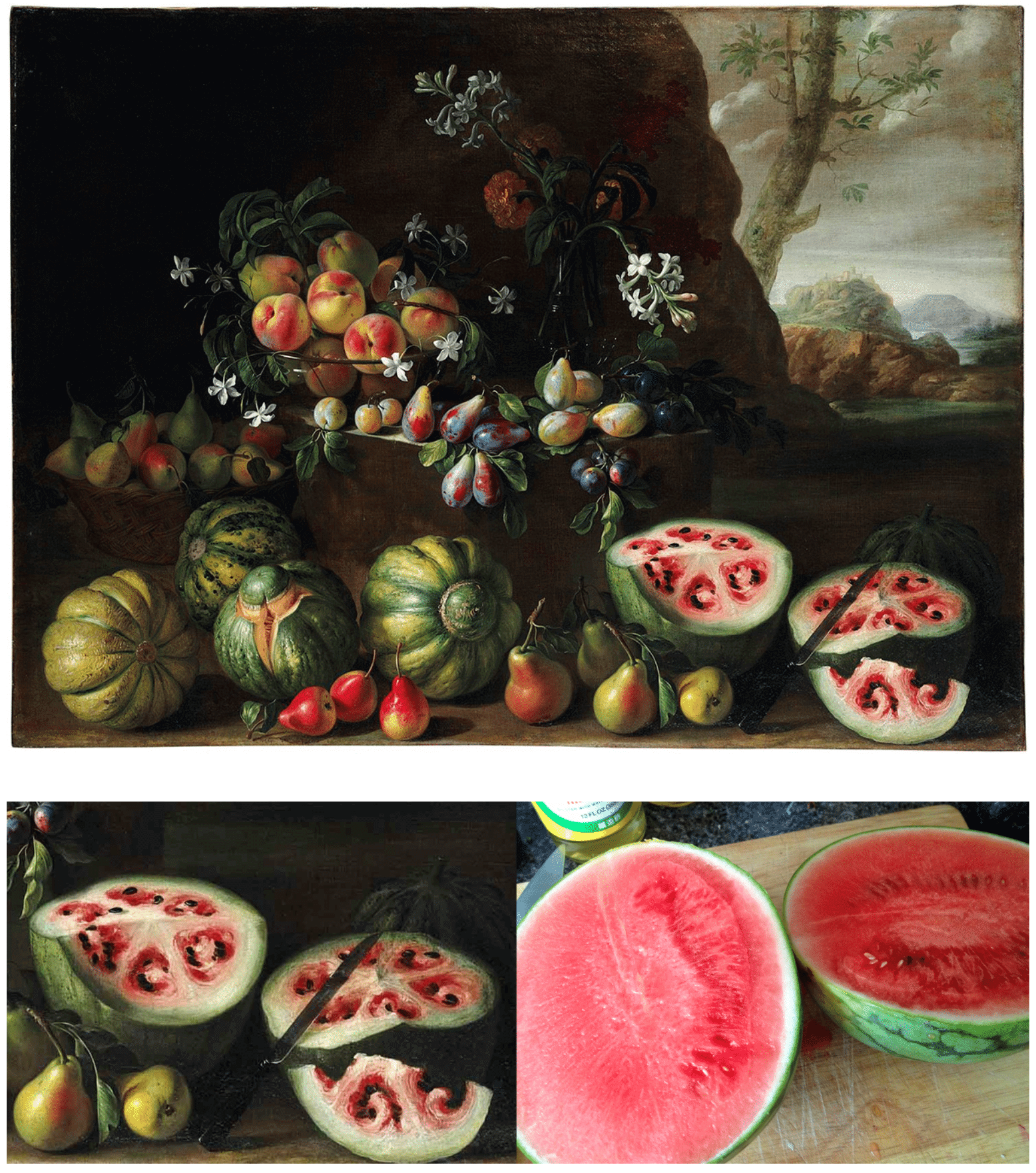 Take for instance watermelon. The watermelons we eat today contrast starkly with those depicted in a 17th-century painting by Italian artist Giovanni Stanchi. Over time, genetic modification through selective breeding has enabled watermelons of more consistent shape, fewer seeds, increased water and sugar, and bright, red flesh. Which version would you rather eat? Chances are, you’d choose the modern variety, which is also the more profitable type for the farmer and higher performing in terms of yield and nutrition.

GMO products undergo more rigorous testing than other foods we consume and are screened for toxins, allergens, nutrients, and proteins to make sure they are safe for human consumption. Additionally, Hundreds of digestion and safety studies examining the effects of feeding genetically engineered crops to various food-producing animal species revealed no disturbance to nutritional value, quality, or health. Regarding environmental safety, GMOs enable decreased reliance on chemical sprays that are harmful to soil and water run-off, and are controlled to mitigate gene flow.

Our food system has reached a pivotal moment. The United Nations estimates our global population will reach 9.7 billion by 2050, all of whom will depend on access to safe, nourishing, and affordable food, which the system today cannot support due to limited land, water scarcity, disease resistance, and climate change. If we are to dramatically improve production, we need to be able to improve yields across current acreage, expand farming in new regions and soil types, grow crops that can tolerate destructive weeds, pests, and molds, and perform in a changing climate. Next-gen biotechnology allows us to do this with greater success, speeds, safety and leads to novel breakthroughs in sustainable methods of production.

GMOs have been to the rescue to deliver life-saving nourishment.

820 million people globally are malnourished and biotechnology is the best toolset in our arsenal for addressing the urgent problems of food shortage and hunger, globally. As an example, a 1995 report by the World Health Organization, estimated that more than 254 million children of preschool ages across 60 countries suffered from vitamin A deficiency, which can lead to permanent blindness and death. In 1999 a team of scientists leveraged GMO-based “biofortification” to introduce two daffodil genes and one bacterial gene into rice plants that enable the staple crop to produce in its grains beta-carotene, a building block of vitamin A. The result was a genetically-engineered crop carrying a promise to prevent millions of deaths and alleviate the suffering of children and adults afflicted with vitamin A deficiency and micronutrient malnutrition in developing countries.

Consumers are plagued by prolific misinformation throughout the food industry. GMOs are just one variable in a complicated web that includes organic, all-natural, free-range, hormone-free, antibiotic-free, and a cornucopia of others that consumers navigate with varying degrees of accuracy to settle on a food ideology.

As experts and food system stakeholders, the onus is on us to better facilitate the communication between consumers and producers, as well as credibly separate myth from fact while in pursuit of feeding everyone sustainably. Consumers are increasingly shopping with purpose and we need to help them be unconflicted and successful.

Michael Lavin is an entrepreneur-investor, and leads Germin8 Ventures as a purpose-driven venture capital firm with strong strategic backing from CEOs, entrepreneurs, technologists and financiers across the Food & Agriculture industry. Before founding Germin8 Ventures, Michael was an investment banker and M&A strategist. Follow Michael on Twitter @Michael_A_Lavin

This article was originally published at SynBioBeta and has been republished here with permission. SynBioBeta can be found on Twitter @SynBioBeta