This article or excerpt is included in the GLP’s daily curated selection of ideologically diverse news, opinion and analysis of biotechnology innovation.
Alternative health champion Mike Adams has been banned from every social media platform but continues to spread his anti-GMO and anti-vaccine content on Facebook. Should the company step up its enforcement actions? Is that even possible? Don’t take brain-boosting supplements, a new study says, because there’s no way to know what you’re taking. Finally, are whole grains everything they’ve been cracked up to be?

Brain-boosting drugs or supplements thought to improve cognitive function, memory and creativity—known as nootropics—have grown increasingly popular in recent years. While there is evidence some of these substances (like caffeine and nicotine) have their intended effect, a new study shows that many such products likely offer no benefit or, worse, contain dangerous combinations of powerful pharmaceuticals. Should consumers be allowed access to these risky drugs absent oversight from the FDA? 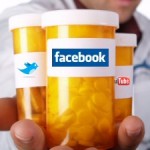 Are social media companies doing enough to suppress disinformation? The question was forced back into the spotlight following the publication of a report documenting how alt-health guru Mike Adams subverted Facebook’s effort to ban him from its platform. Adams, who once urged his followers to kill scientists and journalists who defend biotechnology, has evaded censorship by spreading his anti-vaccine, anti-GMO content through hundreds of “masked” domain names and dozens of public Facebook groups. Can this subversive activity be stopped?

A recent survey found that almost 50 percent of consumers couldn’t distinguish healthier breads, cereals and crackers from their lower nutrient counterparts, based on labels hyping the whole grain content of each product. On the surface, this raises questions about the honesty of food marketing. But there may be a bigger problem. Are whole grains really as nutritious as we’ve been led to believe? The answer is no, says science writer Hank Campbell, who argues that claims about the nutritional benefits of whole grains are based largely on questionable epidemiological studies.

It may be that, like you and me, respondents recognize that bread is bread and claims about it being health food based on a manufacturing process or how tedious it is to chew are simply correlational. Whole grain bread, crackers, or cereal positioned as a healthier alternative is as ridiculous as buying low-fat ice cream or orange juice.

So, do we need to rethink how “whole grain” products are marketed to the public, or is the real problem that we think whole-grain bread and low-fat orange juice are health foods?