As the CRISPR revolution advances, here’s how gene editing will actually help farmers and consumers

This article or excerpt is included in the GLP’s daily curated selection of ideologically diverse news, opinion and analysis of biotechnology innovation.
2020 has been an eventful year for gene editing. The recent Nobel Prize in Chemistry was awarded to Emmanuelle Charpentier and Jennifer A. Doudna for developing the CRISPR/Cas9; Europe has made important progress toward reforming its stifling crop biotech regulations; meanwhile, the USDA has actually overhauled its rules and approved 70 gene-edited plant varieties (up from just 7 in 2019).

These are major developments for a technology that began to showcase its potential shortly after its introduction, as researchers harnessed CRISPR to quickly develop a wide variety of gene-edited applications. Disease-resistant wheat, allergen-free peanuts, longer-lasting tomatoes, and biofuel-friendly poplar trees all made it from the drawing board to the laboratory in a few short years.

But what often gets lost in such high-level discussions is that moving these applications from the lab to the market where they can benefit farmers and consumers can be a tedious process. Some projects run into technical or regulatory hurdles that limit their progress and simply run out of funding. In other cases, the edited plant or animal may be ready for commercialization, but consumer skepticism fueled by years of activist fear mongering kills demand for the product.

Despite these unfortunate obstacles, much gene-editing research continues to advance, and some truly impressive applications have been developed by startups and universities and approved by regulators. Others products that could improve the lives of hundreds of millions of people are expected to follow the same path in the coming years. So, let’s take a look at how gene-editing is really being used to benefit farmers and consumers all over the world.

On December 14th, the US FDA approved a first-of-its-kind intentional genomic alteration (IGA) in a line of domestic pigs. Known as the GalSafe pig and developed by medical company Revivicor, it’s the first animal ever approved by the FDA for human food consumption and therapeutic uses such as organ transplants. The gene edit eliminates alpha-gal sugar on the surface of the pig’s cells, cutting the risk of severe allergic reaction in people with Alpha-gal syndrome (AGS) to the alpha-gal sugar found in red meat.

Today’s first ever approval of an animal biotechnology product for both food and as a potential source for biomedical use represents a tremendous milestone for scientific innovation …. As part of our public health mission, the FDA strongly supports advancing innovative animal biotechnology products that are safe for animals, safe for people, and achieve their intended results. Today’s action underscores the success of the FDA in modernizing our scientific processes to optimize a risk-based approach that advances cutting-edge innovations in which consumers can have confidence.

Recently approved by the United States Department of Agriculture and Colombia’s Agricultural Institute (ICA), blight-resistant rice is expected to have a global impact. This  gene-edited plant was developed by a research team from five countries and its performance has  already been evaluated in open field trials. The novel trait obtained using CRISPR/Cas-9 confers resistance to the bacterial blight disease caused by Xanthomonas oryzae, which infects the veins of the leaves and ultimately kills the plant.

If the disease is not detected in time, it can wipe out a farmer’s harvest; it’s a devastating threat to rice crops in Asia and the sub-Saharan region of West Africa, and the pathogen could easily makes it way to the Americas.  But if it gets here, it’ll be greeted by a crop impervious to its destructive effects. The rice was approved relatively quickly in the US and Colombia, because food safety officials in the two countries rightly distinguish between gene editing and transgenic (GMO) genetic modification and exempted the rice from additional regulatory hurdles.

The approval underscored the USDA’s commitment to facilitating innovation and set an important precedent in Colombia. Paul Chavarriaga, a researcher from the International Center for Tropical Agriculture (CIAT) declared to Agronegocios that

“The recognition from both the USDA and the ICA that this rice …. is the same [as] a conventional [variety] helps other countries make decisions and encourages researches by showing that it’s possible to reach the fields and the market because they do not have to face the strict regulation they did with transgenics.” [Google translation]

There is some good news coming out of Africa on the gene-editing front as well. Leena Tripathi, a leading scientist at the International Institute for Tropical Agriculture based in Nairobi, Kenya, is using CRISPR to protect bananas and other staple crops across Africa from several deadly pathogens.

Banana feeds more than 500 million people in tropical and subtropical countries and has been historically vulnerable to diseases and pests; the crop is also threatened by declining soil fertility, rising temperatures and drought caused by climate change, which are predicted to cut banana production globally. 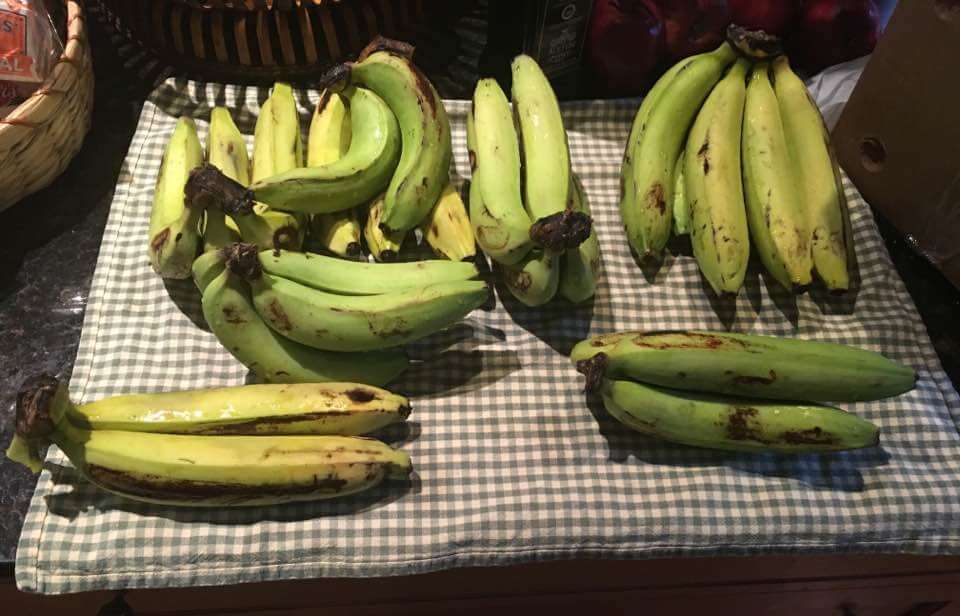 Researchers have reported that “genome editing can be applied for the improvement of banana by passing the natural bottlenecks of traditional breeding,” meaning it’s possible to identify genes associated with climate-related agronomic traits and use these to engineer cultivated bananas for a changing climate.

Since 2011, Leena has focused on developing varieties resistant to diseases such as bacterial wilt, fusarium wilt, and banana streak virus. With the emergence of new breeding techniques, she is using CRISPR to protect bananas from bacterial wilt and banana streak virus that together threaten millions of farmers in Uganda, Kenya, Rwanda, Tanzania, and Burundi. Currently, the gene-edited bananas are being grown in greenhouses to analyze their performance, and some of the plants should be ready for field trials in the next year, moving them closer to commercialization.

In many cases gene editing is only limited by heavy-handed regulators, so it’s encouraging when governments express their support for the technology. One of the best examples may be the EPA’s enthusiasm for “plant-incorporated protectants” (PIPS). These are pesticidal substances produced by plants themselves; scientists tweak the crop’s existing DNA or add genetic material to the plant’s genome which allows it to fight off pests. Transgenic Bt crops, which manufacture a pesticidal protein that kills certain pests when they feed on the plants, are the best-known example. But next-generation applications developed with gene editing are on the horizon. As GLP reported in July:

“Gene editing can be used to immunize plants against attacks from insects and deadly pathogens….The resistance trait is bred into the plants themselves, so [chemical] spraying is often cut to near zero. As they become available, these new plant varieties will rob anti-GMO activists of their current favorite line of attack: banning synthetic pesticides meant to be used in concert with biotech crops.”

EPA Administrator Andrew Wheeler declared during a November Agri-Pulse Open Mic that the agency is working to get these gene-edited products to the market, in order to cut down on agricultural chemical use. The announcement came just months after an August 2020 notice in which the EPA proposed

“regulations that would allow for an exemption …. for certain PIPs that are created in plants using biotechnology, as long as their pesticidal substances are found in plants that are sexually compatible with the recipient plant and meet the proposed exemption criteria, ensuring their safety.”

Sensible rules for everyone

Taken together, these developments are part of a positive trend that injects needed competition into the plant biotech sector, which is currently dominated by a handful of giant firms. Regulatory constraints, activist groups and fearful consumers still pose serious barriers to biotech innovation in agriculture, but the support for gene editing from regulatory bodies such as the USDA, EPA and several agricultural agencies in Latin America has motivated investors to put money into new research, allowing new companies to emerge and develop innovative products for farmers and consumers.

If this trend continues, gene-edited bananas and rice will be just two of many successful innovations made possible by genetic engineering.