This article or excerpt is included in the GLP’s daily curated selection of ideologically diverse news, opinion and analysis of biotechnology innovation.
COVID-19 has spared no ethnic, racial or religious group. It treats everyone with equal disdain. But that doesn’t mean that all communities have been treated equally or that vaccines, when they are finally rolled out, will be greeted equally across our diverse world.

For example, mysteriously, in Britain, the death rate from the pandemic has been higher among people who identify as Muslims, Jews, Hindus or Sikh than Christians or those with no stated religion. Muslim males have been hit the worst, more than two-and-a-half times more than males with no religious affiliation and four times females. Why? We don’t yet know.

What we do know is that the disease has sparked a rise in Islamophobia. That started early on in the crisis when Muslim-led religious gatherings were targeted for criticism as spreaders of the disease. 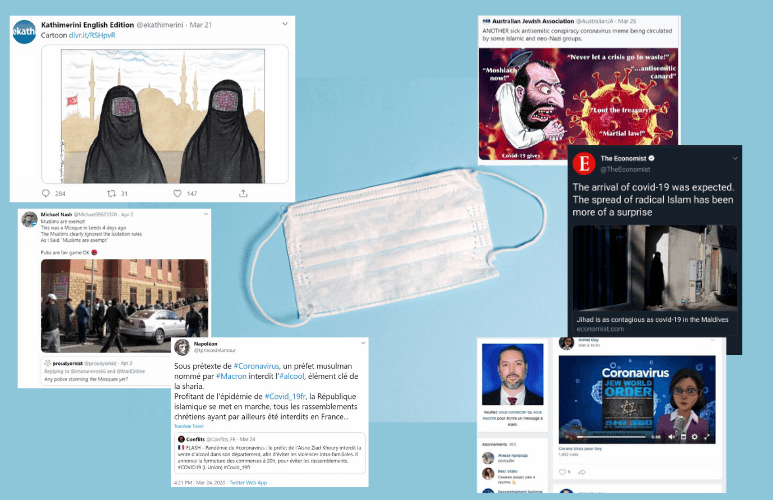 In India, an Islamic missionary gathering of 8,000 people in March ended up being a hotspot for the virus. This act served as a match that lit up simmering hatred and prejudice against Muslims that led to violent incidents against them in the country.

As resentment and hostility grew, bans on religious activities were enacted as COVID-19 safety measures. Mosques were closed down, religious gatherings were stopped in many countries like Pakistan. Hajj, an annual religious ritual that gathers approximately 2.5 million Muslims from around the world in Saudi Arabia, was closed for foreigners for the first time in 90 years.

The situation has worsened as ‘fake news’ has consumed all sides as the pandemic has raged. Many religious clerics, for example, mimicked many conservative Christians in rejecting the seriousness of the disease, urging Muslims to carry out religious duties as normal, and claiming COVID-19 is a conspiracy to sway them from Islam.

With the social discontent still simmering, we now stand amidst the second wave. Elusive treatment came and went, cases still rage on and unrest and global de-sensitization over the disease has grown.

Will a vaccine change the narrative?

Which is why the news regarding effective vaccines come at a very opportune time. Yet, as hopes that a vaccine could be the savior that ends the pandemic, concerns rose to the surface.

How do we distribute it in the largely undeveloped Muslim world? Who gets it first? How much will it cost and who will pay for it? And how long might it work for? And considerations need to be placed regarding distribution of the vaccine in LMICs (lower middle-income countries) where cold chain storage, timely delivery and management is not well developed.

And then there are religious complications.

Is the vaccine halal?

Halal, an Arabic word for permissible is the Islamic law that defines whether a particular act is allowed or not for Muslims to carry out. Over the last decade, this word has become increasingly common in the non-Muslim world, where many places now accommodate halal dietary requirements, offering food options that don’t contain pork or alcohol, for example.

With a 1.8 billion Muslim population in 2015, expecting to reach 2.2 billion in 2030, the demand for halal pharmaceuticals has grown. A halal item would require no pork or other prohibited ingredients (products or derivatives from non-permissible animals and alcohol) used in its manufacturing. If the product does contain halal animal derivatives, it must be acquired through halal means of slaughter according to Islamic law. Parallels can be made to Jewish ‘kosher’ products that have some religious limitations as well.

While vaccines in general are not forbidden under the Islamic dietary guidelines, concerns regarding how a vaccine is made and what ingredients it contains have arisen. As a result, the need for ‘halal certification of vaccines’ is being discussed across the Muslim world, most prominently in  Malaysia and Indonesia.

Malaysia has been trying to become a market leader for halal pharmaceutical production.

The Department of Standards Malaysia (DSM) under the International Trade and Industry Ministry (Miti) in 2012 developed the world’s first ISO-level standard as the guidelines for the manufacturing of halal pharmaceuticals, known as the MS2424, and in 2019 it was revised for vaccine manufacturing.

Malaysia’s intense focus stems from a growing country-wide hesitation about vaccines—a Muslim version of vaccine rejectionism. About 60% of the Muslim population has expressed halal vaccine concerns. A study conducted in 2015 found that a majority of the Muslim parents in the country refused to give their children vaccines because of fears that it contained porcine DNA and other religiously unacceptable ingredients. This research corroborates other data showing that many other Muslim countries including Nigeria, Pakistan and Indonesia have experienced rising cases of vaccine preventable diseases such as polio and measles.

The situation with COVID-19, while in some ways similar to other outbreaks in the past, is still unique, however. With the world living in a state of pandemic and cases continuously rising to rightening levels, allaying concerns about vaccines has taken on a crisis-level of importance.

Related article:  Billion-year-old microbes could give us new food, fuel sources—if we can figure out how to use them

Education is critical. Outside of lobbying for vaccine manufacturers to work on halal certification that can significantly delay the distribution of vaccine in the Muslim clearing misconceptions is key.

According to Google trends, the search question ‘what is the vaccine made of?’ increased by 525% in the days last month after the vaccine trial results were first announced, which paints an accurate picture of the worries many are feeling about the coming wave of COVID-19 vaccines. We fear what we don’t know and there is still quite a lot that is unclear regarding the vaccines that the leading three companies or partnerships (Pfizer-BioNTech, Moderna and Oxford-AstraZeneca) are bringing to market.

Traditional vaccines contain fragments of the disease-causing organism in order to elicit an immune response in the human body. In simpler terms, a vaccine works by waking up the body’s health-protecting army (white cells) to prepare their soldiers (T and B cells) for war. The quicker they are ready, the faster they can attack and stop the enemy (COVID-19) before it does damage to the human body.

Outside of these active components (disease-causing fragments), a  traditional vaccine is also known to include other ingredients such as preservatives (2-phenoxyethanol), stabilizers (sugars (lactose, sucrose), amino acids (glycine), gelatine, or proteins (recombinant human albumin, derived from yeast)). Lastly, they can have diluents like sterile water and adjuvant (aluminium salts like aluminium phosphate, aluminium hydroxide or potassium aluminium sulphate) to activate the immune response. The gelatine is usually made from porcine and is the subject of concern for both Jewish and Muslim communities.

However, the biotechnology-based COVID-19 vaccines developed by Pfizer (BNT162b2) and Moderna (mRNA-1273) are unique. This is because, instead of using  disease-causing fragments to illicit the immune response, these vaccines use genetic code to do that job.

The vaccines, therefore, are genetically engineered; they are developed synthetically and don’t use any live tissue or organism. What would be injected into the human body would be a genetic code (messenger RNA – nucleic acids that contain genetic instructions to create proteins) for the COVID-19 spike proteins.

“The RNA for mRNA vaccines is produced by a chemical process rather than the biological processes used to produce other vaccines, which involve growing cell cultures,” said Professor Alexander Edwards, associate professor of biomedical technology at Reading University.

This messenger RNA (mRNA), once inside the body, would instruct the body’s cells to read the code for the spike protein and produce a small amount of it. Once that is produced, the body’s immune system would be alerted and will start producing antibodies to protect the immune system.

While the exact specifications of the mRNA developed by both companies is not known, we do know that this code is enveloped in a lipid nanoparticle (also developed synthetically) to transport the code inside the body once injected. Both of these vaccines have specific storage temperature requirements to maintain stability, with Pfizer requiring -70C and Moderna vaccine -20C. To keep the vaccine potent during transportation and storage, usually stabilizers are needed (sugar or gelatin) and vaccines such as those for shingles or influenza normally contains porcine gelatin. This is where the general concern for halal stems from and further insights into the other ingredients used in the COVID-19 vaccine can allay those fears.

However, outside of increasing awareness regarding the specifics of the vaccines another some Muslim cleric/leaders are considering other steps to break down the barriers to vaccine acceptance: the issuance of fatwa regarding the life-saving value of a vaccine. In Islam, forgoing the halal requirements is permitted if it’s for a life-saving cause. And such conversations have now actively started, where most recently the National Committee for Malaysian Islamic Affairs met to discuss the same concerns, which they will present to the King to garner consent.

According to vice president and senior Muslim cleric Ma’ruf Amin’s spokesperson in Indonesia, “The vice president explained an important thing: If the vaccine is halal then that’s good, there’s no problem, but if it is not halal it’s also not a problem. Because it’s an emergency situation it’s okay to use [a non-halal vaccine].”

Considering halal guidelines and standardization are still not completely in effect and the fact that there are past examples of exemption cases on medicine, it can be hoped that the COVID vaccines would be exempt from such requirements.

The religious drama concerning vaccine acceptance underscores that there needs to be a concerted global effort to allay public concerns and establish an effective massive vaccination program that will benefit everyone, not just western countries.

Mariam Sajid has a masters degree in molecular genetics and is passionate about improving medical communications that aims to effectively translates scientific advancements to the public. Find her at her website.