Coffee reduces risk of heart failure? What are we to make of a new study based on artificial intelligence (AI)

When I was starting out in epidemiology in the early 1980’s I attended a lecture by Thomas Pearson, a cardiologist, on coffee and heart disease. His opening slide immediately caught the audience’s attention. It showed white–collar commuters, dressed for work and attaché cases in hand, jumping over hurdles in their morning race to the office. The clear message was that in male, Type A personalities caffeine intake was leading to heart attacks.

This distant memory came back to me after reading a recent story in the New York Times about a new study using artificial intelligence (AI) that indicated that coffee consumption may actually protect against heart failure (HF), one of a number of conditions that fall under the rubric of cardiovascular disease. 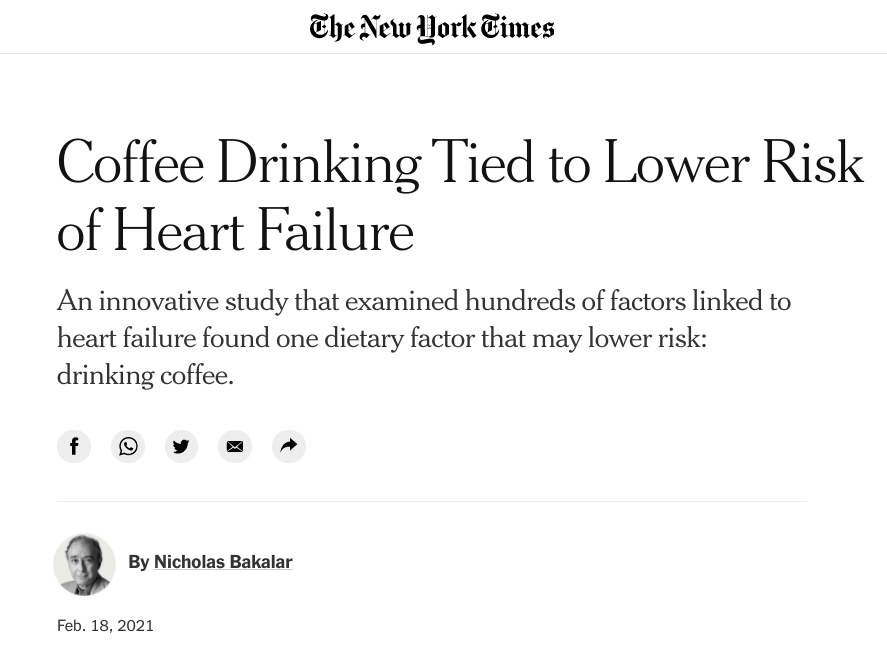 The article has received an unusual amount of attention both from scientists and the media.

Rather than starting from a specific hypothesis, the researchers used machine learning to find meaningful patterns in three large prospective studies, including the Framingham Heart Study, a cohort study that began in 1948, and two others. Participants in the studies were followed for decades and information on clinical factors and behavioral factors was obtained at multiple time points.

This approach eliminated the subjective element of researchers selecting which variables to include in their analysis. From among hundreds of clinical and behavioral factors, the machine learning program selected factors in the top 20 percent (41 factors) showing the highest correlation with coronary heart disease. These included smoking, marital status, red meat consumption, whole milk consumption, and coffee consumption.

The analysis showed that people who reported higher coffee intake had reduced long-term risk of heart failure (HF). This pattern was visible in all three cohorts. Compared to non-drinkers of coffee, drinkers of 1 cup per day showed no difference in risk, whereas drinkers of 2 and 3 or more cups per day had a 31 percent and a 29 percent reduction in risk, respectively.

Surprisingly, in this analysis, coffee drinking was comparable to known risk factors for HF, including age, blood pressure, heart rate, and weight.

There was no association with intake of decaffeinated coffee, and this led the authors to speculate that the coffee result might reflect the action of caffeine. 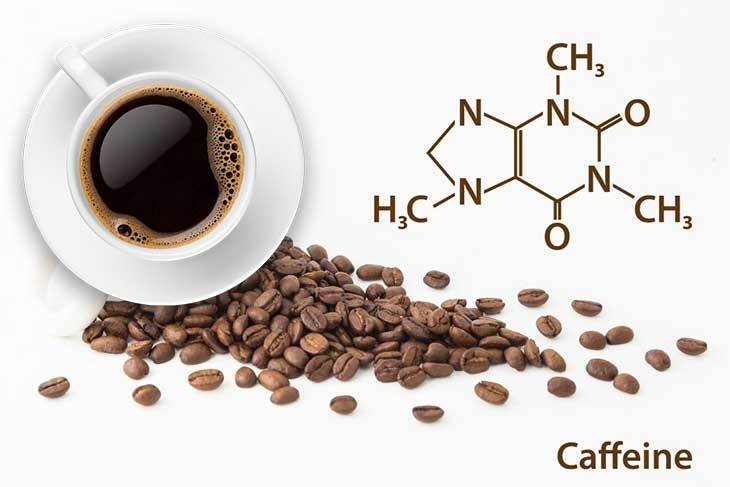 What are we to make of these results?

First, the data on coffee intake, which are sparse, showed no indication of a dose-response relationship between increasing intake of coffee and reduced risk of HF, which would have suggested a possible causal relationship.

Furthermore, as noted by the authors, the non-dietary and clinical factors in the top 20% were correlated with known risk factors. This means that the apparent reduction in risk attributed to coffee could be the result of other factors that co-vary with coffee drinking.

For example, coffee intake was positively associated with current smoking and inversely associated with hypertension and diabetes. This points up the difficulty of isolating a single factor from among the many components of diet and behavior generally and understanding its association with HF, or heart disease generally, which is the classic multi-factorial disease.

The report in the Times quoted a scientist not involved with the work, a cardiologist at the Yale School of Medicine, Dr. Harlan Krumholz, who “called the approach ‘innovative’ but noted one limitation was that ‘many other behaviors likely track with coffee consumption, and it is difficult to disentangle the specific effect of coffee from other things that may go along with it.’”

It appears that what has drawn so much media attention to this study was its use of AI, rather than any compelling results. Although the results of this study are, as the authors and an accompanying editorial make clear, difficult to interpret, AI holds the potential in the future for integrating information from sensors monitoring physical activity and physiology as well as from photographs of meals consumed to improve the quality of nutritional research, which has long been dependent on self-reports (food-frequency questionnaires and dietary recalls), which are known to be biased.

Looking back at over forty years of research on coffee and health, one notes a striking shift from viewing coffee as something harmful to viewing it as providing a potential health benefit.

In the study published by Thomas Pearson and colleagues in 1986, after controlling for such factors as age, smoking, hypertension, and serum cholesterol, young men drinking five or more cups of coffee per day, compared to those drinking no coffee had a two-and-a-half-fold increased risk of coronary heart disease.

However, a 1992 meta-analysis of 11 prospective studies found no association of drinking from one to more than 6 cups of coffee per day relative to drinking little or no coffee.

In the 1980s, other epidemiologists also reported that coffee drinking increased the risk of cancer of the bladder and pancreas. Based on these early studies, in 1991 the International Agency for Research on Cancer (IARC) classified coffee drinking as a “possible carcinogen,” causing bladder cancer. (In 2016 IARC revised its conclusion, stating that “there was not conclusive evidence for a carcinogenic effect”).

In recent years the results of large, prospective studies from many different countries have shown a striking pattern of coffee drinking being associated with a reduced risk cardiovascular disease, a number of different types of cancer, and a variety of other conditions.

Regarding cancer, meta-analyses of studies have shown an “inverse association” – suggesting that coffee drinking is protective — with a number of cancers, including those of the liver, endometrium, melanoma, and oral and pharyngeal cancer. Postmenopausal breast cancer, colorectal, and prostate cancer also showed inverse associations in some meta-analyses; however, the results were less consistent for these cancers.

No association — that is, no increase or decrease in risk with coffee consumption was seen with cancers of the ovary, pancreas, stomach, bladder, kidney, or thyroid in recent studies.

Coffee drinking has also been found to be inversely associated with all-cause mortality.

Thus, coffee appears to be either something that possesses beneficial activity (possibly due to phenolic compounds with anti-oxidant activity) or to be correlated with other beneficial exposures or behaviors.

What accounts for the “change of sign” in studies of coffee drinking and health from the 80s and 90s to the present? How has coffee gone from being a potential threat to being seen as a component of a healthy diet?

One possible explanation is that we have many more large prospective datasets from many different countries today than were available thirty years ago. The size of these studies has made it possible to do a better job of adjusting for confounding variables and correcting for biases. The number of meta-analyses examining coffee and different diseases has surged in the past ten years.

And yet, forty years of studies of the health effects of coffee drinking testifies to the difficulty of isolating a single component of a complex and varied diet, against the background of other behaviors, and linking it conclusively to health or disease.

Considering the possibilities of using AI to integrate a variety of data, including geolocation, input from sensors, and participant-driven food and beverage photographs, the author of the editorial commented that these innovations could be “transformational.”

Related article:  Getting to the bottom of reports of declining male fertility