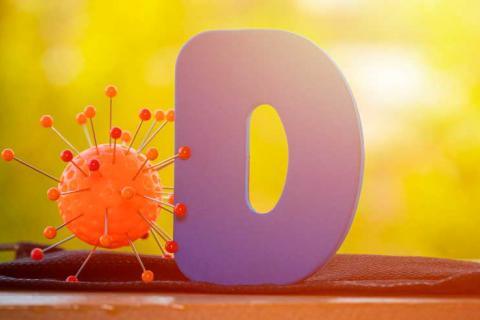 Views on Vitamin D are almost as polarized as politics; in fact the whole debate around COVID-19 and vitamin D has become politics given some scientists have called on world governments to get their populations to increase vitamin D consumption five to ten times higher than current recommendations.

But the problem with people badly wanting something to be true is that when evidence potentially pertinent to their cause comes along, they’ll often seize on it as confirmation of their bias, neglecting to look more critically at the data or to listen to those more qualified to do critique it.

This couldn’t be truer than with a recent non peer-reviewed Lancet preprint that appears to show near miraculous effects of a vitamin D3 metabolite (calcifediol) on Spanish hospitalized COVID-19 patients.  The research prompted British Member of Parliament and keen vitamin D advocate, David Davis, to declare on Twitter that the vitamin slashes COVID-19 deaths and should be therefore given in high doses to all vulnerable groups with immediate effect. 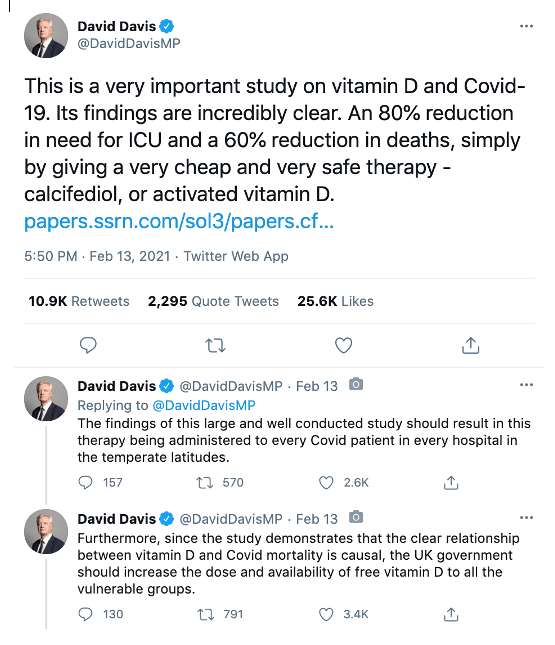 Alas, the study has more holes than Swiss cheese.

Like this politician, I’m sure we would all rejoice if something as simple and cost-effective as vitamin D could help turn around the fortunes of seriously ill COVID-19 patients.

Also, like him, most of us are not crack statisticians nor experts in the intricacies of scientific study design (I am not, but know enough to not be dangerous and realize my limitations). The moral of this story: If you aren’t well-equipped enough to interrogate a scientific paper you should defer to people that can, rather than prematurely spouting off embarrassing nonsense on Twitter.

And it turns out there’s A WORLD of things not right with this study, most of them still unfolding in a robust discussion on PubPeer as I write.

For a start, despite posing as a randomized controlled trial the design looks actually to be a cluster randomised trial with eight hospital wards being randomized, not individual patients. Cluster randomization requires a different type of statistical analysis that the researchers didn’t apply, so they need to rerun the stats. Also it’s a big deal in the context of this specific trial, as meaningful results aren’t really possible from the eight cluster size due to a massive loss of statistical power.

Even then it appears that the process of assigning patients to wards wasn’t fully random. For example, patients were informed as to the treatment options available to them, which might have led them to request, or be encouraged, to go to specific wards.

Related article:  ‘Reverse dieting’ fad reality check: Is it possible to maintain a lower body weight while consuming more calories?
Follow the latest news and policy debates on agricultural biotech and biomedicine? Subscribe to our newsletter.
SIGN UP

The above might go towards explaining why there also significant baseline differences between the groups. Whatever the reason  there were more females and higher starting vitamin D levels in those that received the calcifediol, which could easily confound the results.

The preprint also states that 50 patients within the control group received the vitamin D metabolite during ICU admission “at the discretion of the treating physicians and outside the original protocol”. This feels like a significant breach of the protocol, again calling into question the validity of the study’s results.

The Bottom line? The saga of this miracle vitamin D paper is ongoing but the study seems likely to be irredeemably flawed to the point where it has no use.

Angela Dowden is a British award-winning health journalist and registered nutritionist with over twenty years of experience writing for consumer sites and publications that have a global reach. These days she hangs out quite a bit in LA, where she likes to sniff out nutri-nonsense and write about it. Find Angela on Twitter @DietWrite