Across the eastern seaboard, the majestic American Chestnut tree once dominated forests. A main source of timber for cabins, shipbuilding, and lumber, this once ubiquitous tree has been nearly wiped out over the last century by fungal blight, leaving only doomed saplings to sprout from the forest floor. However, new genetic engineering (GE) techniques can imbue these trees with disease resistance and give them a chance to return to their former arboreal splendor.

Historically, opposition to GE techniques, particularly in environmentalist movements, has limited their application as a conservation tool, so I never thought I would read an essay about the promise of a GE tree in Sierra magazine. But that’s what was published last month, following the Sierra Club’s comment in October on a federal petition for deregulation of the genetically engineered American Chestnut tree. Breaking free from their historical blanket opposition to Genetically Modified Organisms (GMOs), the Sierra Club wrote in favor of a genetically engineered American Chestnut tree resistant to the destructive blight that wiped it out over the last century. This new development by a high-profile environmental group could open doors to a more productive conversation about what GMOs are acceptable and why.

Despite the Sierra Club’s call for a ban on the planting and release of all genetically engineered organisms, the difference in this case appears to be its conservation purpose. After all, the GE chestnut is right in their sweet spot: restoration of a beloved keystone species in Appalachian forests ravaged by strip mining. While I’m glad to see exceptions being made, the Sierra Club should expand upon their reasoning about the GE chestnut to include other GMOs that serve a wider variety of conservation purposes.

Broadly, the Sierra Club articulates that the benefits of this particular GMO outweigh any risks. Their rationale highlights the very low potential environmental risk following the release of this GE chestnut into forests. However, I find their other reasoning less convincing. Namely, that intention matters, that this GMO was developed for conservation purposes rather than profit, and that genetic engineering should never be the first approach to a problem, particularly when motivated by profit. Impact almost always matters more than intention — good intentions can lead to devastating impacts — and no matter the motivation for making a GMO, profit or otherwise, our regulatory system evaluates the risks it poses in the same way.

If we disregard intention and profit motive, what other GMOs have benefits that outweigh the risks? The answer is mostly subjective but is at the heart of the debate surrounding GMOs. For example, the genetically engineered Rainbow Papaya, developed in the late 1990s by scientists at the universities of Hawaii and Cornell, is resistant to a virus that decimated papaya plantations in Hawaii. Since the spread of the virus was ineffectively controlled by other means, like pesticides (for the insect that spreads the virus), this GE papaya saved the Hawaiian papaya industry, including many small producers. Like the GE chestnut, the Rainbow Papaya’s only genetically engineered trait is disease resistance, and both are unlikely to become invasive. So both the Rainbow Papaya and GE chestnut have massive benefits, low risks, and were developed by nonprofits — the only difference is that the GE chestnut was developed with the intention of conserving a species in the wild, while the GE papaya was developed to conserve an agricultural species. But narrowly defining conservation to exclude agriculture leaves out important strategies and opportunities. 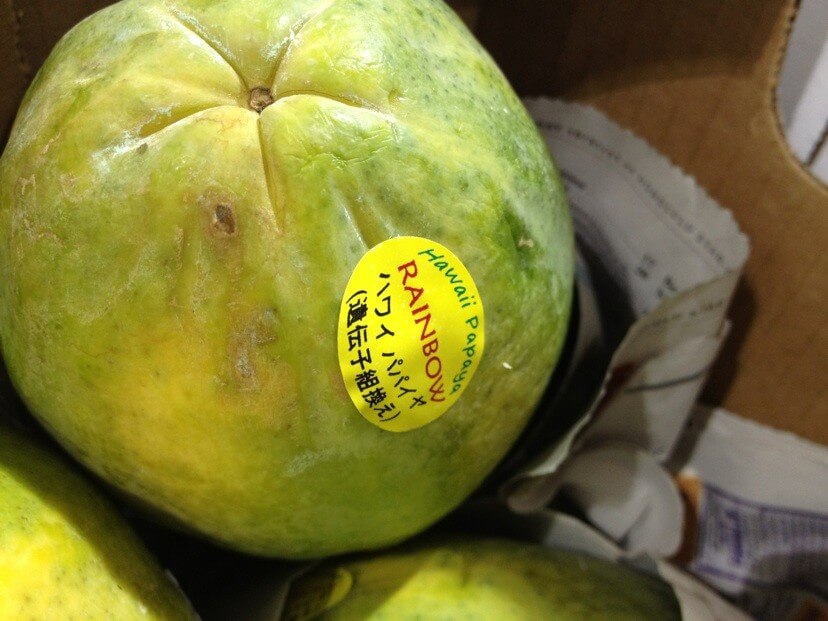 I argue that agriculture contributes to conservation and the benefits of agricultural intensification outweigh the downsides. Agriculture covers almost 40% of all land area worldwide, and it is still expanding in most regions. The more food we can grow on existing farmland, the less we need to expand into wild areas, destroying wildlife habitat and threatening endangered species. So far, GE crops have contributed to increased crop yields by reducing weed pressure and pest damage, and they seem poised to help adapt crops to climate change by reducing yield loss to drought and extreme heat impacts. Newer genetic engineering research is developing crops that use nitrogen more efficiently, therefore requiring less fertilizer input and decreasing runoff. Conservation isn’t just saving species and bringing them back from the dead — we need to conserve existing wildlands for them too.

The Sierra Club’s decision follows in the footsteps of The American Chestnut Foundation (TACF), which, with limited success over the last 30 years, has been using conventional backcross breeding techniques to develop a chestnut tree resistant to blight. The New York chapter of TACF has been using genetic engineering to introduce resistance for almost as long, and when it became clear backcross breeding wouldn’t create a blight-resistant chestnut on its own, TACF at large decided the use of genetic engineering was now acceptable, explaining “…we need all methods to do this. You’re never going to solve such a big problem with one solution.”

With the rise of CRISPR gene editing and changes in regulation, we’ll see a wider variety of GE traits with a growing number of organizations developing them. To change their mind, the Sierra Club needed a GMO developed by a nonprofit organization for a conservation purpose they care about. We’ll see what comes next.

As a proponent of the use of genetic engineering as a tool to address environmental problems, this is what I’ve been waiting for — a broader conversation about which GMOs are acceptable and why, rather than blanket opposition based on the technology. The Sierra Club seems to have arrived at this decision by reassessing their values, as well as the features of this specific GMO, including application, trait, species, and intended environment. I urge them to reconsider other GMOs with wide-ranging utility based on these criteria.

Emma Kovak is a food and agriculture analyst at the Breakthrough Institute. Follow her on Twitter @EmmaKovak