The Just Label It Campaign (JLIT), founded in 2012 by “Organic Voices” (an organic industry coalition which also goes by “Only Organic” and “The Organic Voices Action Fund”) in cooperation with, staffed and housed at the Environmental Working Group in Washington, DC. In interviews the 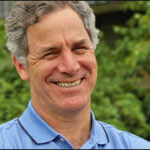 According to their website, donations to the group are NOT tax deductible; however, state government business filings shows the group claims to be a 501c3 tax exempt organization (see funding section below). The group, however, operates both the Organic Voices trade association group and Just Label It campaigns out of same offices as the non-profit Environmental Working Group at 1436 U St. NW, Washington, D.C. 20009.

The object purpose of the organization was listed as “To advocate for the rights of Americans to safe and health food and farming… This corporation is organized exclusively as a social welfare organization… with the mailing address PO Box 5523, Manchester, NH 03108-5523.” In 2013 the

documents were amended to note Scott Faber (Environmental Working Group) as Executive Director as of meetings held by the board of directors on 2/20/203 and 5/8/2013 at which the articles were amended to state the organization would be a 501c3 tax-exempt organization (an organization which must not be organized or operated for the benefit of any private or commercial interests) and changed the name to “Organic Voices.” [5]

While proclaiming to be a charitable organization with 2013 business filings stating they are a 501c3 tax exempt organization, Organic Voices’ Just Label It campaign has been promoted by industry trade publications quoting Gary Hirshberg and other organic industry executives as running advertising campaigns whose goal is an industry funded initiative to “sell organic to the masses” tied in with the Environmental Working Group’s non-profit activities such as publishing the “Dirty Dozen” and “Clean 15” lists. They note they will use advertising, social media and political lobbying to get organizations to demand GMO-free organic foods and convert consumers to organic purchasing.[8]

Fenton Communications, infamous for their role in the Alar in Apples causes cancer scare[9], provides the PR support to Organic Voices and the Just Label It campaign.[10] Redwood Interactive claims to be working on the Organic Voices “Only Organic” campaign, under the direction of “A group of USDA Organic-approved companies seeking to maximize the reach” of their marketing efforts to spread the work about the the differences of organic foods.[11] They are also using the Humanaut “brand invention” digital advertising agency.[12]

While not a non-profit, the Organic Voices campaign has been promoted as a “non-profit or community organization” by Just Label it outreach manager Katey Parker] in promoting the early campaign website listed at the Environmental Working Group offices with government ID# 45-4471572 (note: this is not a registered government tax id).[16]