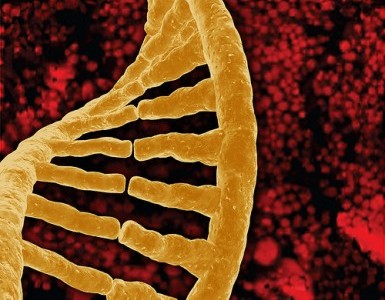 Where are the “guardians” of science literacy when it comes to push back on the increasingly shrill histrionics by science deniers?

Three remarkable 2012 developments in the world of agricultural biotechnology—Le Affair Séralini, the rejection of California Proposition 37 and the White House’s reversal of its political opposition to letting its own Office of Science and Technology Policy and the Food and Drug Administration do their jobs in promptly evaluating (and in the end approving) the safety of genetically modified salmon—has put anti-GMO campaigners and journalists on the defensive.

Many mainstream journalists have recently ‘come out of the closet’ so to speak, covering biotechnology critically but without the anti-technology biases of their ideological compatriots have infected their world views on so numerous science subjects, from genetics to energy extraction (hydraulic fracturing) to chemicals.

Perhaps, then, it’s no surprise that the “anti forces” are trying to regroup. Their latest embarrassing attempt to re-corral the anti-technology herd has been on stark display in recent days in the bizarre, histrionic reaction to an otherwise obscure, technical study released last month in GM Crops & Foods, a prominent biotech journal.

The article, ungainly titled “Possible consequences of the overlap between the CaMV 35S promoter regions in plant transformation vectors used and the viral gene VI in transgenic plants,” set off a feeding frenzy among the scientifically unwashed.

Within hours this article was replicated or reported upon by every odd-ball anti-GMO organization and website, led by the Organic Consumers Association and the Institute for Responsible Technology. The implications of this new study are potentially horrific if one believes anti-GMO ideologues.

That’s just sloppy reporting. “Contrary to recent claims, the data published in the paper by Podevin and du Jardin do not represent a new discovery of a viral gene nor do they indicate safety concerns in previously evaluated GMOs,” noted Professor Joe Perry, Chair of the European Food Safety Authority (EFSA) GMO Panel.”

Any journalist remotely familiar with GM research would know that the use of the CaMV promoter in genetic modification has been standard practice since the 1980s. Certainly, the Organic Consumers Association, which has featured and promoted the article for two weeks, knew what the twisted version of this article that they were now trumpeting was both old news and a canard. It echoes a 1999 paper by Joe Cummins, OCA founder, Cauliflower Mosaic Viral Promoter –  A Recipe for Disaster?  The Cummins article was echoed in a web post by one of his co-authors, Mae Won Ho.

Then and now, Cummins suggested that that the DNA coding from which this promoter was derived closely resembles the hepatitis B virus. But as we now know, noted Cornell University’s Cohen Laboratory genomics researcher Peter Loring Borst in an email to me, “[A]lmost all living organisms resemble each other over vast regions of the genome. This is one of the most solid pieces of evidence confirming our common ancestry and the truth of evolution.”

The EFSA has responded online to the three major current allegations.

“[T]he virus concerned is a plant virus, not a human virus, with no documented adverse effect on human health,” reaffirmed EFSA’s Perry. On the contrary, he said, the virus has “a history of safe use in food; it infects many plants with no recorded health effects on humans.”

This current article’s brazen activism disguised as reporting is all too common across the web. It’s the nature of “news” in an echo chamber filled with minds that are mercurial as well as the moronic. More disturbing, however, is how quickly so-called “mainstream” journalists run with this garbage.

The UK’s Daily Mail (ok, maybe it’s not good an example of the reputable mainstream press), was the worst offender, running a sizable feature by its “consumer affairs editor” headlined, “Uncovered,” It hyped, erroneously, that the EFSA had failed in its regulatory responsibility to identify a “poisonous” and “dangerous” gene found in common foods. The article gave trash journalism a bad name.

Much of this embarrassingly self-serving advocacy reporting could have been avoided of course if the campaigners had even a passing understanding of science, let alone genetics. They could even have read the research paper. It was unequivocal in its conclusion: “No risks to human health were identified when this gene was present in GM plants.”

While assessing how to respond to the anti-GM forces latest embarrassing outburst, I had a fascinating email exchange with Burst, a beekeeper turned genomics researcher.

Thirteen years ago, in his 1999 screed, OCA’s Cummins withdrawing all transgenic products with this virus, which is practically all transgenic crops released. That was not done, of course, and as Borst sardonically noted to me, “the disaster that they predicted from Cauliflower Virus never occurred. Yet, the specter is being raised again.”

Borst referred me to a 2005 article in the prestigious publication Nature Biotechnology, which addressed the so-called ‘GM viral gene threat’.

DNA from plant viruses [are] used as promoters/terminators or other functional elements, or in nonfunctional form to suppress viral genes. Viral DNA sequences by themselves do not appear to pose a hazard, and many have become incorporated into the genomes of plants.

Historically, humans have been consuming cauliflower mosaic virus and its 35S promoter at much higher levels than those in uninfected transgenic plants. Unsupported claims that the 35S promoter is unstable, prone to transfer and insertion into the DNA of other cells, thereby causing cancer in humans, have been extensively rebutted by the scientific community and are without merit.

Given the extensive exposure of humans to plant viruses and their DNA in most foods, there is no justification for using the presence of small segments of viral DNA resulting from genetic engineering as the basis for [condemning] all transgenic plants containing them.

Personally, I was very skeptical of genetic engineering up till about 2005, when I began to realize that most of the objections to it were based on lack of understanding, and knee jerk reactions to modern science and technology,” Borst added in his note.

Fact is, most people don’t have the faintest idea of the extent to which modern advanced science permeates our lives. People harken back to some golden age before the industrial revolution, oblivious to the fact that people died from things like tuberculosis (Henry D Thoreau) and tetanus (his brother). Even up till 1955, people lived in fear of polio (I caught it that very year, the year the vaccine was made public—too late for me).

So, I have followed both sides of the argument for many years. The anti-GMO faction is a branch of the organic farming movement, the roots of which can be traced back to Rudolf Steiner (a certified lunatic), et al. Mae-Wan Ho and Joe Cummins are just the latest in a series of people who are convinced that genetic modification is evil, and they build their case around that concept.

Late in my life, I was hired by a lab at Cornell University as support staff doing research into the molecular components of meiosis, using transgenic mice. I maintain many transgenic lines, do the genotyping and am involved in immuno-histochemistry and high magnification imaging using immunofluorescence. I handle genetically modified organisms on a daily basis.

Unfortunately, I see no real solution to the problem of people being afraid of and condemning that which they know nothing about. When the information is provided that would help to inform them, they are suspicious of the presentation and look to see where the funding came from. If it came from industry or government, the research is summarily dismissed as tainted.

There are two kinds of ignorance, unintentional and intentional. The former is cured by education; the latter is a terminal illness.

Jon Entine, founder and executive director of the Genetic Literacy Project, is senior fellow at the Center for Risk & Health Communication and STATS (Statistical Assessment Service) at George Mason University.