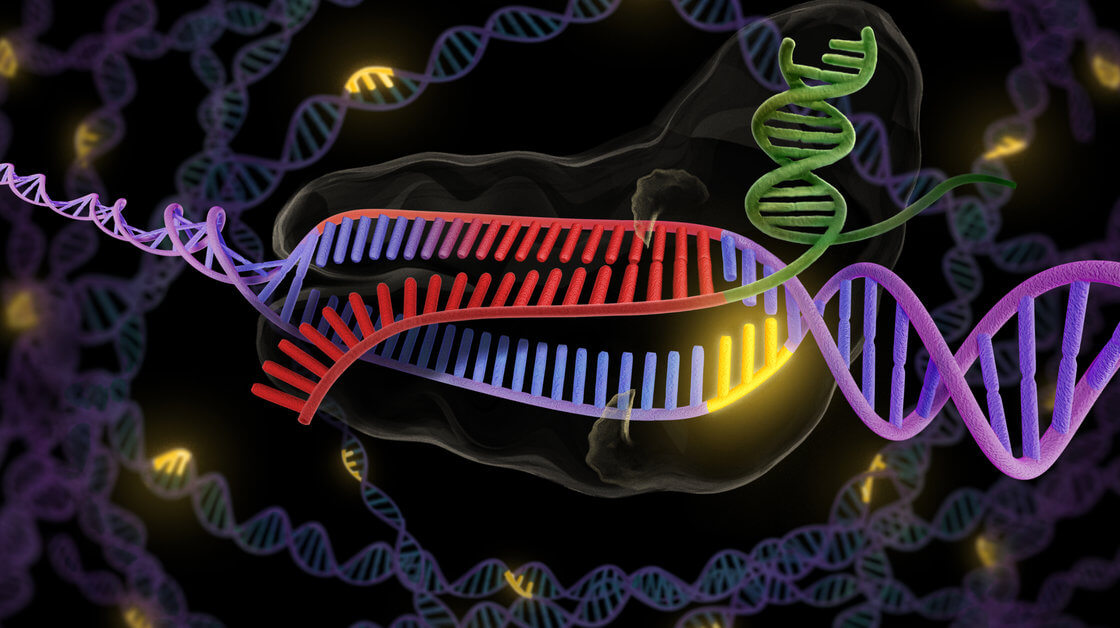 If there was really any hope that the new gene-editing techniques would be accepted as benign by anti-GMO activists, it has vanished.

Last week I wrote about how Chinese researchers used a gene editing method, the one called CRISPR, to silence three genes that make bread wheat susceptible to the fungal disease powdery mildew. And how another researcher argued that, since this research did not involve transgenics–the transfer of foreign genes into an organism–perhaps both regulators and opponents of GMOs would find it acceptable.

That optimism is evidence that at least some scientists really haven’t grasped a central (if somewhat vague) worry about genetic engineering: that the very idea of altering organisms’ genes is unnatural and therefore unacceptable. There are other objections too, of course, the political and economic ones, but let’s ignore them for now.

The point is that, for those who are concerned about GMOs, the methodology for genetic modification of an organism is irrelevant. The problem, for them, is the modification itself, not how it is done.

Logically, of course, that’s ridiculous. It ignores at least 15,000 years of human history. As I wrote here at GLP last fall, we invented dogs via selective breeding of wolves at least that long ago (and some think this first human genetic experimentation took place much earlier, 30,000 years or more ago.) To say nothing of agriculture, which began a little later but has created, for good and ill, this warming planet and its 7+ billion people.

The GMO opponents don’t seem notice that conventional breeding techniques are also “unnatural.” That is genetic modification too, just like gene transfer and gene editing based in molecular biology. Or maybe they are just accepting the reality of a done deal. It’s no exaggeration to point out that targeted genetic modification of plants and animals underlies everything we are and do, and has done so for several thousand years. Barring an apocalypse, there’s no going back, not ever.

It’s quite clear that gene-editing techniques are applicable to procedures far more complex than just disabling disease-related genes, as the researchers did with bread wheat. They can certainly involve not just gene editing but gene transfer, creation of the anathema transgenic organisms.

Harvard scientists recently proposed using CRISPR plus gene transfer to modify mosquitoes so that they would be unable to infect people with the malaria parasite. Preventing malaria is a worthy goal if ever there was one, but this approach–genetic modification of an entire vector species–is breathtaking.

Carl Zimmer wrote about the mosquito gene-drive proposal in his weekly New York Times column, which included his trademark brilliantly clear explanations of how the technique would work. He pointed out that mosquitoes are not the only possible target for this approach. “The new technology could potentially be used against a wide range of other species that are deemed a threat, like invasive predators, herbicide-resistant weeds and bat-killing fungi.”

To their credit, the researchers who proposed this ambitious plan are aware of its implications and potential dangers–not to mention the uproar projects like this will generate. So they have called for public discussion and possible new regulatory approaches. The scientists described the gene-drive project in a paper in the journal eLife and also in an open-access blog post at Scientific American. Their regulatory proposals appeared in an open-access paper in Science.

Zimmer quoted a couple of other scientists who had reservations about the Harvard scientists’ proposals. One was Jennifer Doudna, who pioneered CRISPR in her lab at Berkeley. “Realistically, it’s not going to go as easily as they make it sound,” she said. But she also thinks the long-term prospects are good, at least in some species. Alison A. Snow, an ecologist at Ohio State University, was more alarmed, concerned that some proposals for gene drives could cause ecological havoc.

Meanwhile, potential applications of CRISPR are proliferating. HIV infects people by nestling into their DNA, making the virus enormously difficult to get rid of. Last week, scientists at Temple University reported using CRISPR to cut out key portions of the virus in infected cells and then repair the DNA. John Timmer described the process simply in a blog post at Ars Technica.

This approach is experimental, not yet ready for HIV therapy. Alan Cann, author of the textbook Principles of Molecular Virology, described the paper approvingly but observed, “In spite of the breezy optimism of this paper (and this is progress), the work described has only been carried out on cultured cells in vitro. It is not clear whether or how easily it will be to replicate this finding in animals, and we’re still along way away from clinical trials which will be needed to show if this approach works in HIV-infected people.”

One problem, Timmer notes, is getting the CRISPR package into infected cells efficiently. “It’s rather easy to do in a culture dish, but it’s another thing entirely to do it efficiently in the human body,” he says. He also points out that a different gene editing technique for dealing with HIV is already in clinical trials. In this case the target is not HIV itself, but disabling a human gene encoding a protein that HIV uses to get into cells.

When I wrote about CRISPR and other gene-editing techniques for the first time here at GLP in February, I noted that CRISPR makes possible targeted modifications of almost any gene. Specific genes can be turned off, turned on, and/or edited. The potential applications of the CRISPR system can hardly be overstated. And, to make it irresistible, CRISPR is simpler and cheaper than any other current approach to genome modification.

I described gene editing’s potential applications for gene therapy, for the study of gene functions, for making epigenetic modifications that can turn genes off and on in precise ways, and for “smart bombs” that can target disease-causing bacteria without harming benign bugs.

Gene editing can also make genetically modified animals–including attempts at improving our own species. It’s an impressive–and sobering–list even without the sweeping proposals from the Harvard researchers, which would modify entire species and ecosystems.

It’s not a moment too soon to adopt the Harvard researchers’ suggestion to get cracking on “public discussion of environmental and security concerns, research into areas of uncertainty, and development and testing of safety features” of gene-editing techniques and gene-drive systems. As they point out, this lead time “allows adaptation of regulations and conventions in light of emerging information on benefits, risks, and policy gaps.”

The venerable Recombinant DNA Advisory Committee (RAC), put together decades ago to oversee basic research on and clinical applications of genetic modification, has been more or less moribund for some time, and was essentially declared out of business when the National Institutes of Health decided in May that RAC no longer needed to approve clinical trials of gene therapy.

That decision was the result of a recommendation from the Institute of Medicine. At the same time, the IOM also recommended “that NIH consider replacing the RAC with a similar body that would also review other types of risky clinical research,” according to Jocelyn Kaiser at ScienceInsider.

Whatever happened to that very sane proposal? Your move, NIH. White House? Somebody? There will never be a better time. Or a better reason.

Even the scientists doing the research think so.