The GLP aggregated and excerpted this blog/article to reflect the diversity of news, opinion, and analysis.

It shouldn’t have been a surprise, because salt has no genes. But Hayden Nasir, chief executive of the Austin, Texas-based company, said advertising the absence of GMOs was good business.

Numerous products–remarkably even including water–are being sold as GMO free or non GMO for no other reason that the label provides a marketing edge: consumers pay higher prices for a perceived value that in fact does not exist. 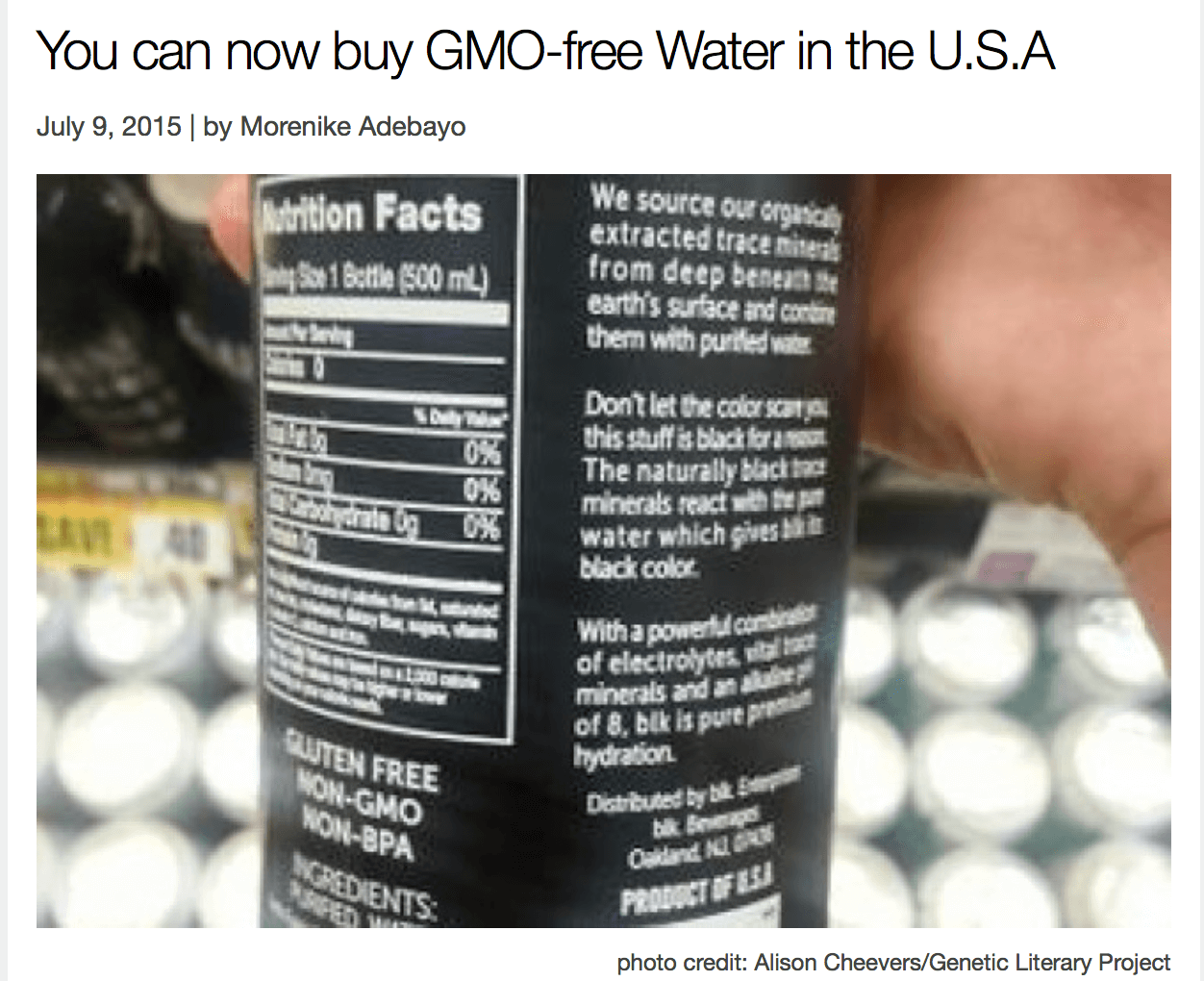 While the U.S. government and major science groups say evidence shows that GMOs are safe, consumer concern has grown so strong that some vendors of products such as blueberries and lettuce are paying for non-GMO labeling even though their products aren’t among the small number of crops that are genetically modified in the U.S.

The Non-GMO Project, a not-for-profit organization that, for a fee, can certify that a company’s product has no GM ingredients, has logged a big increase in the number of fruit and vegetable sellers requesting its stamp of approval in the past two years, according to Megan Westgate, executive director. The group charges companies anywhere from several hundred dollars to several thousand to certify. 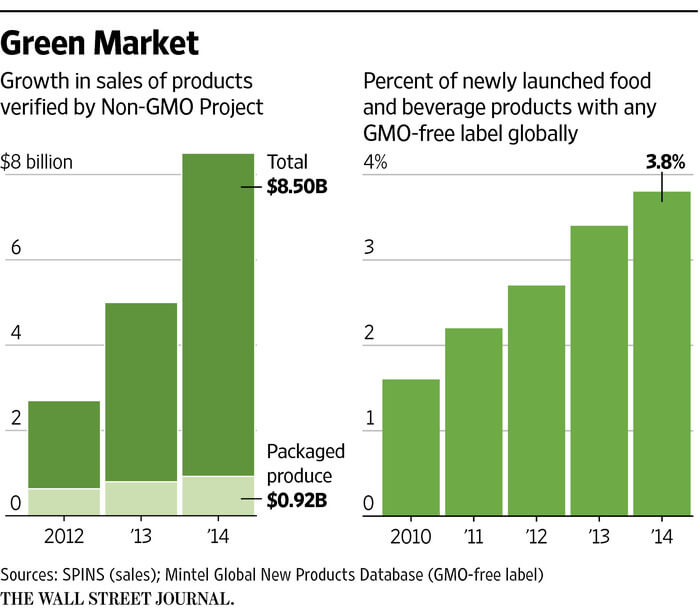 Supporters of biotechnology object to putting the non-GMO stamp on fresh produce with no commercially available GMO variants. It spreads misinformation and casts unfounded doubts on the scientific process and the safety of the food supply, said Jon Entine, executive director of the Genetic Literacy Project, which generally supports biotechnology. The fact that the Non-GMO Project classifies nearly all foods as either at “high risk” or “low risk” of genetic modification is disingenuous because it implies they can cause injury, he said.

Ms. Westgate said the goal of the Non-GMO Project, which was started in 2005, is to shrink the market for existing GMO ingredients and prevent new commercial biotech crops.

The full text of this post is behind a paywall. Read full, original post here: Food Goes ‘GMO Free’ With Same Ingredients