Does the organic led anti-GMO campaign have race-related undertones?

Writer Julie Kelly questions whether aspects of the organic industry’s anti-“Dark Act” campaign and other commercial marketing tactics might lead many people to conclude it is mounting a not-so-concealed appeal to a predominantly white upper-income customer base.

In July, the U.S. House voted overwhelmingly to pass HR 1599, the Safe and Accurate Food Labeling Act that pre-empts individual state GMO labeling laws. Forty-five Democrats voted in favor of the bill, including several members of the Congressional Black Caucus who were concerned that mandatory GMO labels would impose even higher food costs on their constituents. Some studies 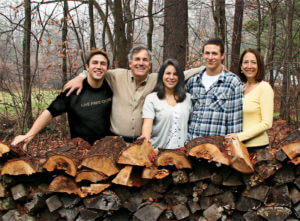 indicate labeling could cost a family an extra $400-500 per year, not much for most households, certainly an added strain for lower-income consumers.

That did not sit well with the pro-labeling crowd. Just Label It, the group led by Stonyfield Organic Chairman Gary Hirshberg, was very displeased with those Democrats who voted with the Republican majority to pass the bill. To express the outrage of biotechnology science opponents, Just Label It devoted a section on its website titled “Dark Act Death Star,” calling out those Democratic legislators:

Below are the Democratic Members of Congress that have supported the DARK Act. The DARK Act, H.R. 1599, would preempt states from requiring GMO labeling, make it virtually impossible for FDA to mandate a national GMO labeling system, codify a voluntary labeling system and allow “Natural” foods to contain GMO labeling. 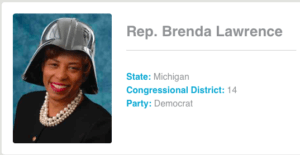 In a truly juvenile and tasteless move, Hirshberg also posted accompanying photos of the lawmakers mocked up with Death Star helmets (ala Star Wars). Note that almost half of the legislators are African-American legislators, which seems particularly offensive because anti-GMO advocates have taken to refer the law-they-hate as the “DARK Act.” In other words, rather than act like a grown-up and accept the real possibility that the legislators were voting their conscience and in their constituents’ best interest, Hirshberg threw a hissy-fit because they did not vote in his best interest.

Note to Gary: It’s the US Congress, not the Stonyfield Organic Congress.

There’s a little more to this desultory story, however. Upon viewing the photos, I realized it was the first time I’d seen pictures of minorities on the Just Label It website. Ever. It got me thinking, and prompted me to ask what some might think is an awkward question: Are organics – and the anti-GMO crusade in particular – a form of “white privilege”?

I feel comfortable raising this issue (even though others have cautioned against doing so) in part because of my personal background. I represent the ideal target consumer for both the organic industry and anti-GMO movement. I’m an educated, suburban mom who lives in a relatively affluent area with both the means and the time to buy any food product I want. Within a matter of minutes, I can be at Trader Joe’s, Whole Foods (even though I don’t shop at either any more), Costco, Wal-Mart and a number of local grocery stores.

I’ve dealt with my own paranoia and worries about food; I made every bite of baby food my daughters ate because I was convinced the jar version wasn’t natural enough. When my youngest daughter was diagnosed with some behavioral issues not long after we brought her home from Korea, I turned to food as a possible culprit. I banned fruit snacks, juice and most sugar from her diet, convinced they were contributing to her behavior (it didn’t work).

So if the organic folks have a “poster mom” in mind for their ideal consumer, I’m most likely it. But what about other American’s moms and dads who are not in such a privileged situation, who watch every dollar they spend at the grocery store while trying to feed their family healthy meals? 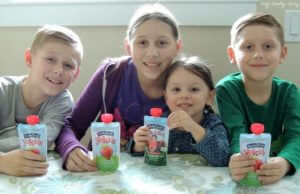 Just Label It and the anti-GMO movement in general have revealed themselves as an elitist crusade using white affluent moms to sway other white affluent moms while largely excluding the hard choices of the less privileged – many of whom are minorities – and discounting their concerns about the higher cost of organic foods and other trendy non-GMO products that charge a hefty premium for what scientists overwhelmingly says offer no nutritional or health benefits. Kind of myopic, yes?

There’s plenty of evidence to support my point, but perhaps nothing is more symbolic than the Capitol Hill press conference earlier this summer featuring the Queen of White Privilege, Gwyneth Paltrow. The event was sponsored by Just Label It following the passage of HR 1599. Ms. Paltrow – whose lifestyle advice can only be attained by the tippy-top 1% – followed script by repeating the hollow lines of the anti-GMO crowd. “I’m not here as an expert, I’m here as a mother, an American mother who honestly believes that I have a right to know what’s in the food I feed my family,” Paltrow said in an unconvincing I’m-just-like-you tone. She posed for pictures with fawning U.S. Senators than was probably quickly whisked off to her private jet to head back to one of her many homes. 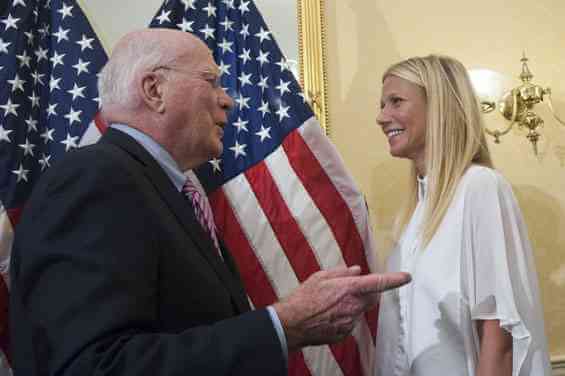 Paltrow’s remarks were the same lines echoed by several Hollywood actresses in videos released this year via the Conceal or Reveal campaign, produced by a variety of anti-GMO production groups backed by Just Label It. Before Mother’s Day, Hirshberg produced a video with the message, ‘this Mother’s Day, give mom the right to know what’s in the food we feed our kids.” The video featured a host of actresses from Mariel Hemingway to Molly Sims, promising to protect their children from the implied evils of GMO foods.

A few months later, the campaign released another video produced by a Just Label funded anti-GMO group known as Mamavation showing more actresses asking moms to sign the “Conceal or Reveal” petition to urge companies to label GMOs. “I’m signing the Conceal or Reveal petition to tell them they have to be on the side of the moms,” said Sarah Michelle Gellar. Other celebrities on the video included Ginnifer Goodwin and fitness expert Jillian Michael.

Not only did the wealthy, famous moms miss the point that GMO labels tell consumers nothing and jack up prices on everyday products for millions of moms, the videos had another thing missing: a mom of color. Not one minority actress or celebrity was included in the video. Not one.

Quite interesting from an organization run by a guy who recently used racially-charged language to impugn the American food system. “I’m ready to do my part to change an unjust system,” Hirshberg told Esca Bona, a Texas food movement group. “A system which I call food apartheid, food slavery and food prison.” 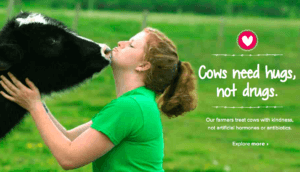 And, for a guy who believes food divides people with same level of brutality as slavery and apartheid, he doesn’t seem to be doing much about it. If a picture (or video) is worth a thousand words, then almost all of the materials associated with organic companies and the non-GMO movement buttress my “white privilege” observations.

Nearly all of the people featured on the videos and photos from Just Label It, Only Organic, 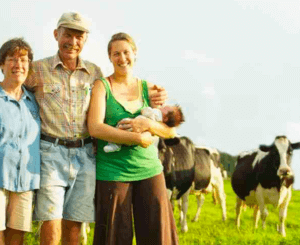 Stonyfield, Non-GMO Project and Nature’s Path websites are white. Most of the packaging for Stonyfield products features white babies and children.

And it’s not just inconsequential marketing materials. Once you research the leadership of organic organizations, companies and the anti-GMO movement, it doesn’t seem like overlooking minorities – particularly African-Americans – is a fluke.

The Organic Trade Association has a 15-member board and not one African-American. There are no African-Americans on the board of directors for the Non-GMO Project. Or Whole Foods (Chipotle didn’t respond to an email inquiry about whether the company has any minority representation on its board.) Hirshberg’s own Stonyfield Organics production headquarters appears to be a ‘whites only’ club. 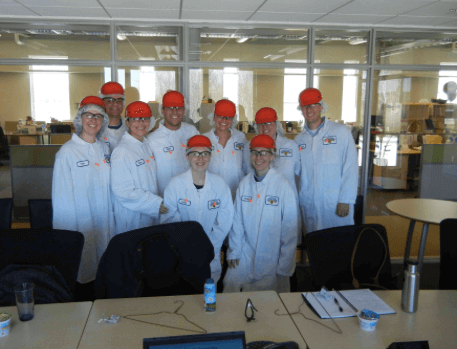 Using wealthy, white actresses to push a fear filled message about their need for GMO labeling while unwittingly helping organic corporations enrich their bottom line is one thing; excluding minorities while portraying your industry as the vanguard of all that is good and virtuous is quite another.

It’s hard to see how any other food industry or political crusade like anti-GMO could get away with such a absence of fair representation of minorities. If organic executives like Gary Hirshberg think the American food system is comparable to “apartheid,” perhaps he should re-examine his own role in that divide.

Julie Kelly is the owner of Now You’re Cooking in Orland Park, Illinois. She is a cooking instructor and food writer, but her biggest job is being a mom. She can be reached at [email protected] or on Twitter at @Julie_kelly2.