Eighty-year-old Gogo Mutimba from Chitora about 50 kilometres south of the border city of Mutare in Zimbabwe stares blankly at the clear October blistering afternoon sun.

With a frown she remarked dejectedly, “We are now living like the biblical birds of the air; we have now placed our fate in the hands of God”. And she added: “Many days on end we sleep on empty stomachs. But thank God we are still alive”.

And Joseph Mutisi of Gundyanga area in Chimanimani district also revealed that he at times go for four days without a meal. “The food situation is very critical and at times we survive on porridge made from baobab fruits. At times we go for four days we even a meal,” Mutisi said.

In Buhera district about 300 kilometres east of the capital, Harare, 61 year-old Shellington Tavaringana told a harrowing story of starvation. “We are really struggling. We don’t food and we don’t have money to buy food,” said Tavaringana, who is married to five wives.

“We hope our government will help us. I have many children I don’t even know whether we will survive up to the next harvest next year in May, that is if we are going to harvest anything at all in the next farming season,” he said.

However, the Meteorological Services Department in Zimbabwe has already forecast a late start to the 2015 to 2016 rain season for the whole country. The 2015 to 2016 season is expected to be short, starting in December and ending in February next year. The Meteorological Services Department’s forecast follows the Southern Africa Regional Climate Outlook Forum (SARCOF)’s prediction that there will be normal to below normal rains in the whole southern African region.

Nekias Mukwindidza a village elder from Mpudzi Resettlement Scheme in Manicaland province said many people in the area were on the brink of starvation. “Our harvests in the past season were really bad and we don’t have money to buy food. We are expecting our next harvest mid next year and if nothing is done as matter of urgency many people are going to die,” Mukwindidza said. 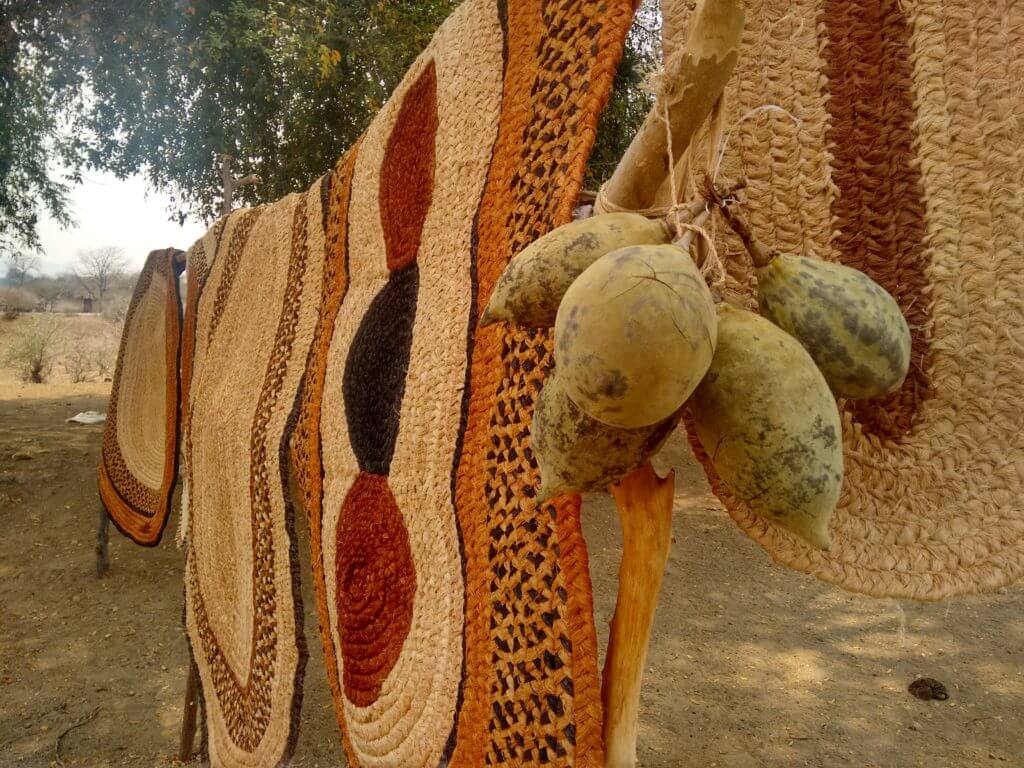 A volunteer village health worker in the same area, Elliot Nzarayebani said cases of malnutrition among children were on the rise. “The situation is dire. People here need food urgently,” Nzarayebani said.

Zimbabwe is facing a crippling maize (staple in Zimbabwe) shortage. Vice President of Zimbabwe, Emmerson Mnangagwa, has revealed that the cash strapped government needs at least US$300 million to import 700 000 tons of maize to meet national consumption. And According to the World Food Program (WFP), Zimbabwe’s food crisis will affect 1.5 million people this year.

Scientists believe that varieties of drought tolerance maize could go a long way toward addressing the desperate situation. But despite the maize shortage, Agriculture Minister Joseph Made in Zimbabwe still maintains that GMOs should remain banned in the country.

“We have an environmentally clean policy in which as a country we are not genetically modified tolerant.” he said. He added:

This is the main reason why our agriculture products, food, beef, poultry are on demand worldwide, it’s because we grow then in a clean environment. Food shortages are a result of drought, and the solution does not lie with the introduction of GMOs, but broadening out irrigation spectrum, educating the farmer to broaden livelihoods, crop-livestock production mix.

Minister Made said this year the government had set aside US$500 000 for cloud seeding, of which it had already paid US$250 000 to the Metrological Services Department in Zimbabwe for the exercise.

“We are not going to pollute our environment, no. We will not introduce GMOs, but we will rehabilitate irrigation schemes, giving the farmers equipment in groups, so that they can grow throughout the year. We have ready markets in Russia and the EU where our products are on high demand because it is non-GMO. We cannot introduce GMO at a time those countries that started it are queuing for our products. GMOs pollute the environment,” he said.

However, various researches have shown that GMOs in no way contribute to pollution. In fact Bt crops result in a sharp reduction of insecticide use, dramatically lowering pesticide exposure. And herbicide tolerant crops in other countries have allowed farmers to switch to much less toxic chemicals. Overall, the science consensus is that GMO crops would be as sustainable or more sustainable than the crops now grown in Zimbabwe.

There are no safety or health concerns, either, according to the global consensus. In a scientific opinion on an application for the placing on the market of herbicide-tolerant genetically modified maize NK603 × T25 for food and feed uses, import and processing from Monsanto, the European Food Safety Authority (EFSA) said single events NK603 and T25 were combined to produce the stack two-event maize NK603 × T25. The EFSA GMO Panel previously assessed the two single events and did not identify safety concerns in the context of their scope.

Various local and international experts have exhorted the Zimbabwean government to warm up to GMOs in the face of the current maize shortages. Zimbabwean agricultural expert and economist, Eddie Cross said GMO varieties yield better and were often of better quality and more commercially attractive.

“Commercial farmers elsewhere in the world have no choice but to use GMO varieties–the current market price for maize in the USA is about $176 per ton delivered to silo and Zimbabwean farmers struggle to survive on twice that price,” Cross said.

Cross added that in Zimbabwe the debate about GMOs was largely academic as the country imports 70 to 80 percent of food and most of that is GMO. The ones being punished are Zimbabwean farmers and local population who are forced to pay higher costs for imported food.

The continued restriction on GMO varieties is therefore rather meaningless. There is no evidence that GMO varieties are a threat to health or nutrition and the economic benefits for farmers are overwhelming. In fact I would go so far as to say that unless we allow farmers free choice in this area, they are unlikely to ever be able to compete.

An expert from the Department of Crop and Soil Sciences and Institute for Plant Breeding, Genetics and Genomics at the University of Georgia, Wayne Parrott, said to increase the competitiveness and productivity of Zimbabwe’s agricultural sector, GM crops would definitely help. He said Zimbabwe’s neighbor South Africa is already a large producer of GM maize.

“So if you want an idea of what GM maize can do for Zimbabwe, you only need to look south. South Africa is the world’s 9th largest producer of GMOs and will be adding drought-tolerant maize in 2017 to the list of crops grown there. I really cannot imagine that farmers in South Africa would continue to grow them year after year if there were no advantages,” he said.

He said as far as safety goes, GMOs were safe as any other food. Parrot was quick to add that “keeping in mind that they must be combined with best agronomic practices (crop rotations, integrated pest management) to ensure sustainability”.

In a presentation at the Zimbabwe Food Conference and Expo 2015, agricultural expert, Andrew Mwashita said genetic engineering was capable of creating plants better resistant to weeds, pests and other diseases.

“It will result in using less herbicides and pesticides, developing crops adaptive to soil salinity and fortification of specific vitamins in food crops,” Mwashita said. “The point is that anything on the market has been rigorously assessed in at least a half-dozen countries around the world”.

And Charles Tawazadza, a farmer in Chipinge east of Zimbabwe said it was high time the government give Zimbabweans a choice to decide whether they like GM products or not.

“This blanket ban does not work. Let the people decide. It should be a question of choice,” Tawazadza said.

However, as starvation persists in the country, Zimbabwe’s dilemma escalates; to eat or not to eat GMOs.

Andrew Mambondiyani is an award winning independent journalist based in Zimbabwe with more than 10 years journalism experience. Between 2010 and 2011 he served as a Knight Science Journalism Fellow at MIT. In 2008 he served as a Middlebury Environment Journalism Fellow. His journalism work has appeared in various local and international media organisations including Reuters, BBC, Yale E360, Think Africa Press and SciDev.net. He has a special interest in climate change, food security and sustainable development. Contact him on Twitter @mambondiyani