Myth busting: There is no such thing as GMO sugar

Roughly 55 percent of the United States sugar supply is derived from sugar beets, the remainder from sugarcane. Until recently, no one really cared about the source of their sugar, because the end product, pure sucrose, is identical. What changed the dialogue was the introduction of and acceptance of genetically engineered (GE) sugar beets. Right from the start and continuing today, anti-GMO organizations have tried their hardest to scare people about where their sugar is sourced from: 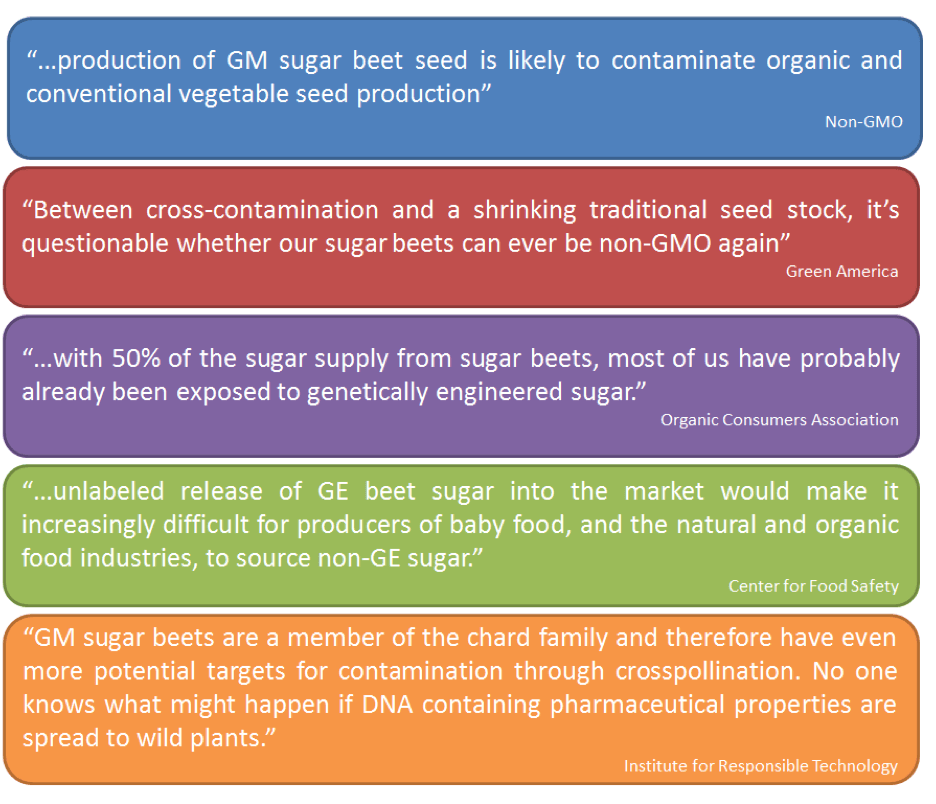 Those are bizarre claims because sucrose — sugar — whether derived from sugar cane or sugar beets, contains to DNA. No lab could determine its source. Warnings to consumers to boycott so-called GMO sugar makes no scientific sense.

Kevin Folta, Chairman of the Horticultural Sciences Department at the University of Florida, nicely illustrates how all sugar is the same, regardless of source. 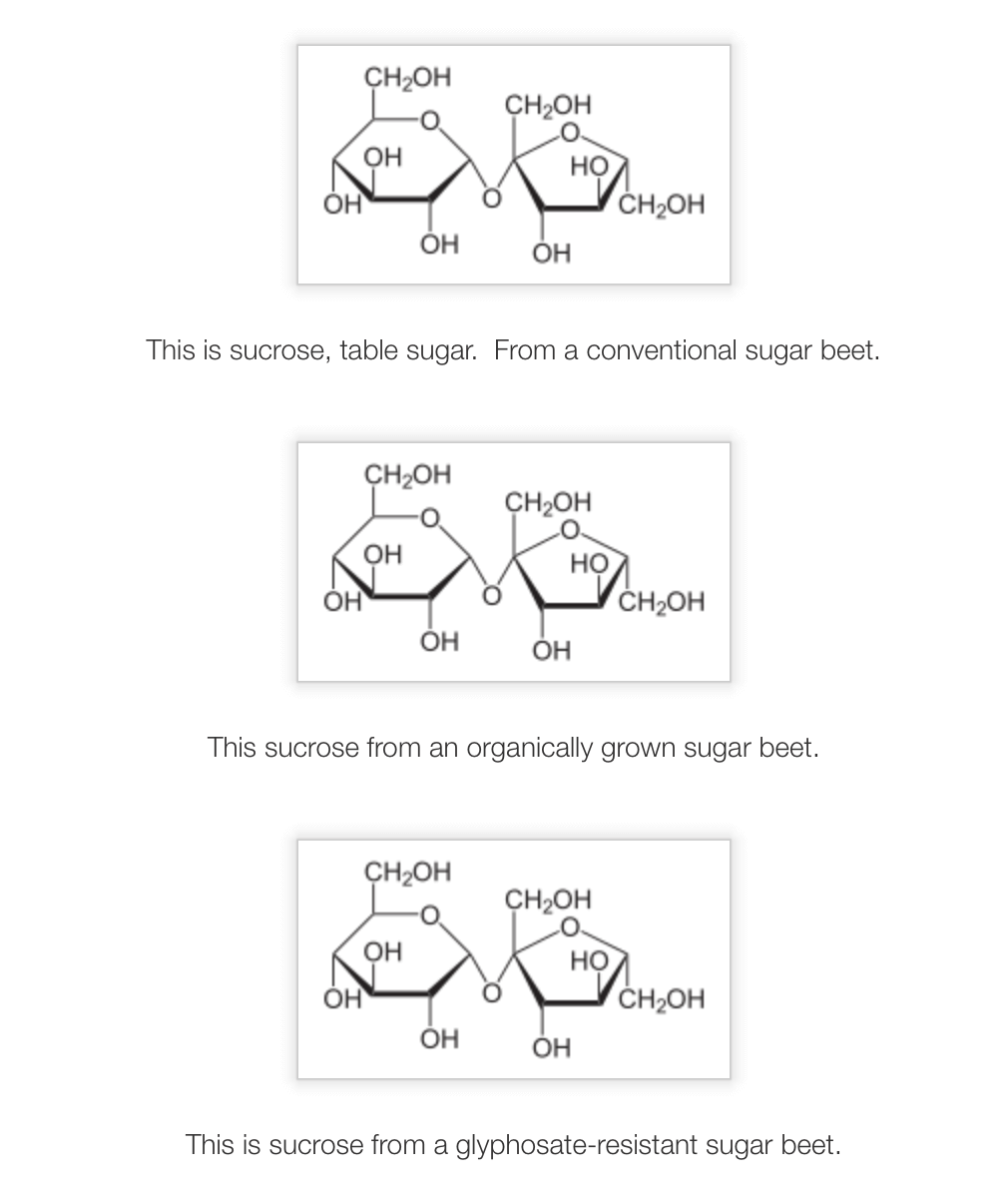 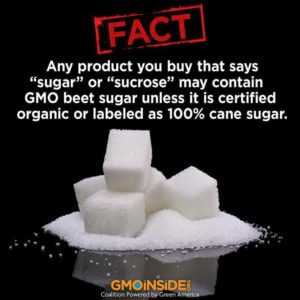 This has been proven in the lab. The sugar is free from DNA and protein since it is all chewed up during the refining process. This has also been proven at the commercial scale. Every sugar beet processing plant in the U.S. and Canada has been screened by an independent testing organization and all the sugar was found to be GMO-free.

Other countries freely accept and understand this unique quality of sugar and some, like Australia, allow sugar derived from GE sugar beets to be labeled as GMO-free since the final product contains no GE trait.

In a time when many people are interested in supporting small farms and buying food locally, it is also sadly ironic that sugar beets are being so vilified. Most sugar beets in the U.S. are sourced from grower-owned cooperatives. Small family farmers run the whole business from the planting of the seed to sale of the sugar. Their job has become increasingly difficult because of the fear and misinformation related to contamination and elimination of choice rooted in activist opposition to GE sugar beets.

According to Jeffrey Smith, the former yogic flying instructor who runs the one-man NGO pompously named The Institute for Responsible Technology, GE sugar beets contain pharmaceutical properties. That’s plain false. There is only one type of GE sugar beet seed: herbicide tolerant. This sugar beet was genetically engineered by introducing a slightly modified version of a gene (based on a bacterial sequence) that naturally occurs in all plants. That precise, minor genetic change has manifested into large environmental benefit for sugar beet farmers.

Prior to commercial approval of the GE sugar beet, a comprehensive, peer reviewed study conducted at the University of Reading in Britain concluded that cultivating GE herbicide tolerant sugar beets is less harmful to the environment and human health than farming conventional sugar beets.

… global warming, ozone depletion, ecotoxicity of water and acidification and nutrification of soil and water, were much lower for the herbicide-tolerant crop than for the conventional crop. Emissions contributing to summer smog, toxic particulate matter and carcinogenicity, which have negative human health impacts, were also substantially lower for the herbicide-tolerant crop.

Since 2009, glyphosate tolerant sugar beets have made up more than 95 percent of the commercial sugar beet production in the U.S. Over that time, inputs and productivity data gathered from farmer-owned cooperatives show 25 environmental benefits to using GE sugar beets, ranging from 20 percent higher yields and reduced chemical input, to implementation of conservation tillage and reduced fossil fuel consumption. The findings highlight the importance of genetic engineering in the long term sustainability of the farmer-owned industry.

In 2015, the cooperatives submitted a formal report to the National Academy of Sciences as part of their mission to improve public policy, decision making and public understanding of science. So when anti-GMO ideologues such as Washington-based Green America asks whether sugar beets can be non-GE in the future, the real question should be should sugar beets be non-GE in the future? With so many benefits to the growers and the planet, my answer to that question would be a resounding “no”. Nevertheless, all commercial sugar beet seed companies still actively produce conventional seeds so the U.S. farmers and food marketers will always have a choice as to whether or not they want to embrace GE technology.

What about cross contamination?

Sugar beets are biennial and do not produce flowers when grown for sugar; the only time pollen is shed from a sugar beet plant is during seed production. All commercial seed production for the entire U.S. occurs in Oregon. Sugar beets are close relatives of Swiss chard and table beets, so they can fertilize each other and they are all present in Oregon.

Upon introduction of GE sugar beets, the sugar beet seed companies recognized the need to voluntarily implement practices to reduce the risk of unintended pollen flow. They identified publically where they were located so organic farmers could mind isolation distances, they increased their minimum isolation distance to greater than twice the Oregon Seed Certification program mandate, and they moved the GE trait to the female side of the hybrid (the side that does not produce pollen) so only conventional pollen would be present.

Despite these measures, in 2008, the activist Center for Food Safety backed an Oregon organic seed producer, Frank Morton, in suing the Federal government over the perceived threat of contamination. Despite all the uproar, claims of lost business and imminent threat, Morton still rund a thriving business today. Morton is not alone in over-exaggerating risk. As the Genetic Literacy Project wrote in an article posted in November, “There is no record that any farmer in the U.S. has ever lost certification as a result of so-called “contamination” — although one would never know it based on the propaganda on the web.” 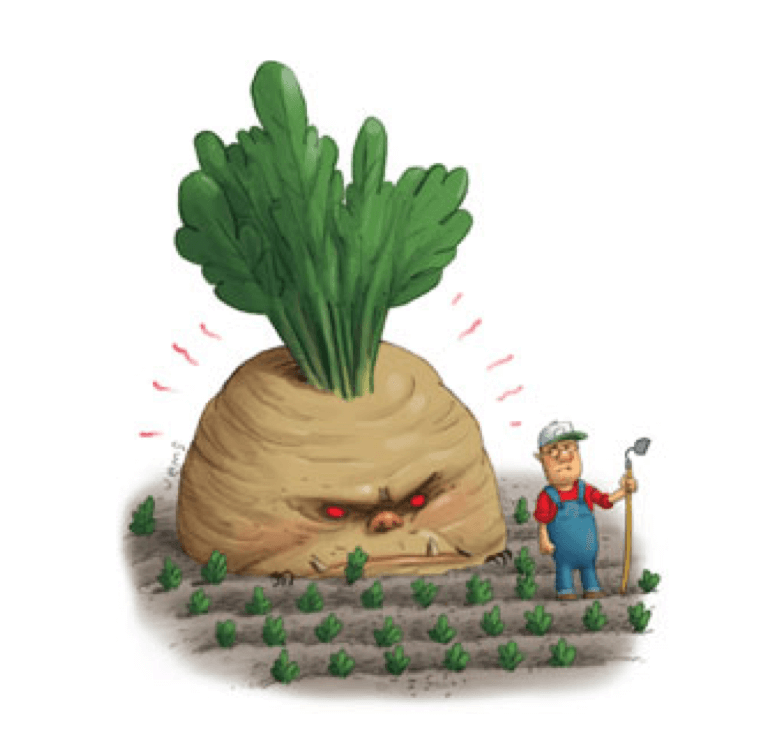 When examining the facts behind the fear, the risks associated with biotech beets is minimal. Although there is an overwhelming scientific consensus on GE crop safety, some are still leery of consuming foods made with crops grown from GE seeds, but with sugar, the product in the bag is still GMO-free. Moreover, production farm data has shown that using GE sugar beets to produce that sugar is friendly for the farmer and our environment.

With solid coexistence strategies among farmers in place, there is little threat that one farmer’s choice to cultivate GE sugar beets would negatively impact his neighbor’s ability to raise organic crops. Advocacy groups that encourage consumers to avoid sugar derived from GE sugar beets really only target small, farmer-owned businesses.