Advances in genomics, from the Human Genome Project to next-generation sequencing (NGS), have been hailed for their potential to understand how we humans differ from each other (and how we’re the same). But a number of scholars and scientists fear that these advances will just breed more discrimination and abuse.

Race and genetics haven’t had a pretty marriage — a subject explored in depth in GLP Executive Director Jon Entine’s book Taboo: Why Black Athletes Dominate Sports and Why We’re Afraid to Talk About It. From the justification of slavery based on skin color to the untreated syphilis of the Tuskegee experiments, to research projects asking for self-definition of race by participants, science and politics are often entangled when race and diversity issues are discussed.

At the 2014 meeting of the American Association for the Advancement of Science, Penn State anthropologist Nina Jablonski warned that genomics advances — including next-generation sequencing applications — could readily usher in a new area of what she called “scientific racism.” One of her specific warnings was against developing treatments that are targeted toward specific racial populations instead of toward an individual.

At the same meeting, Joseph Graves, a biologist at the University of North Carolina in Greensboro, argued that “racial medicine has risen again,” citing a monograph he co-authored that stated “some scholars… assert that analyses of DNA polymorphisms unambiguously partition individuals into groups that are very similar to lay conceptions of race.”

Are scientists in fact suggesting humans can be grouped in somewhat distinct but overlapping populations, popularly called races? Are modern genomics, and next-generation sequencing in particular, vulnerable to an overstatement of human differences? After all, the American Anthropological Association — long known for its rejection of the biological and genetic basis of the classification human differences — formally stated 17 years ago that there’s no such thing as “race.”

The rejection of biological population classifications by social scientists, particularly postmodernists, is not shared by many biologists, population geneticists and physical anthropologists who cite powerful evidence that physical characteristics, among other things, appear to trend according to somewhat classic racial groupings — and this knowledge may help determine the risk of disease in certain populations. Most important and most sensitive, these experts have said, is to arrive at a correct definition of “race” that separates itself from the historical misuse of the term.

The formal scientific idea of race can be traced back to Carl Linnaeus (1707-1778), the father of taxonomy, who attempted to classify nearly every known creature at the time according to physical characteristics. Linnaeus classified humans into four races based on their continent of ancestry: European, American, African, and Asian. He also included somewhat simplistic and often stereotypical personality traits, abilities, and skill sets in his classifications.

Studies since then, which incorporated modern genetic analyses using single nucleotide polymorphisms, microsatellites, and restriction fragment length polymorphisms, all point toward genetic clusters for five ancestral centers (Pacific Islanders were later added) for human beings. They are akin to “races” but meant to be stripped of many of the outdated social assumptions about race — the baggage of racist history.These clusters have loose borders and naturally overlap due to migration and breeding preferences. But they underscore a definition of race, according  to Stanford University geneticist Neil Risch, that’s based on continent of origin and not any “lay conception of race” based on skin color.

The human genome was first sequenced in 2001, which opened the door to, not just the possibility of therapies based on our genes, but also a greater understanding of what makes us human, and what makes each of us humans unique. The Human Genome Project showed us that 99.9 percent of our genome was identical to that of every other human, suggesting that the genetic basis for our individual differences were minimal. Since part of the 0.1 percent difference includes male-female differences, and differences in the frequency of certain genes, that 0.1 becomes both smaller and arguably more significant.

And differences in disease-causing gene frequency have been found to differ by population category, including by “race”. As Entine wrote in another book on population genetics, “Abraham’s Children: Race, Identity and the DNA of the Chosen People”:

There are thousands of genetic disorders, hundreds of which disproportionately affect one racial or ethnic group more than another. Although rare in blacks and Asians, cystic fibrosis is a common lethal genetic disease in those of Northern European ancestry. Whites are more likely to get multiple sclerosis than all other population groups, while blacks and some Mediterranean populations are susceptible to sickle cell anemia. Hepatitis C is more common in Asian populations. Some two million whites worldwide now carry copies of a mutant gene that makes them immune to AIDs. Rare mutations may help insulate southern Asians from severe acute reparatory syndrome (SARS). The presence of one gene is a potent risk factor of Alzheimer’s in whites, but not for blacks. The variant of one gene may explain why black women have twice the risk premature delivery than women of European ancestry. Those of African ancestry are more susceptible to heart disease and are 50 percent more likely than whites to die of colorectal cancer, even if they receive the same treatment Irish and others of Celtic ancestry are disproportionately victimized by Dupuytren’s disease, also known as claw hand. One mutation accounts for the sensitivity of the Japanese to alcohol while another gene variant carried by at least a fifth of all Semites helps them breakdown liquor in their bloodstream, protecting them against alcoholism. When it comes to disease and certain behaviors, ancestry — or the common popular term, “race” — matters.

Other past studies (that preceded the advent of NGS) showed that African-Americans have higher rates of sickle-cell disease and are more likely than white Americans to carry a gene, APOL1, that has some protective effect against trypanosomiasis (sleeping sickness). And in 2005, the U.S. Food and Drug Administration approved a heart failure drug, BiDil, for use only in African-American cardiac patients.

Related article:  Can CRISPR help us stop wasting so much food?

However, some geneticists, like Sergio Pena of the Universidade Federal de Minas Gerais in Brazil, are challenging those assumptions using NGS techniques to sequence the genes of Africans from different geographic regions. This data suggest that interpersonal genetic diversity was sufficiently large to call into question the validity of using culture or skin pigmentation as a means of categorizing humans. In fact, the frequency of different alleles for CYP2D6, a gene involved in the metabolism of drugs, varies significantly by region across Africa. For example, the frequency of the CYP2D6*17 allele is 0.9 in Ethiopia, 0.17 in Tanzania, and 0.34 in Zimbabwe. Skin color, meanwhile, is only controlled by a small number of genes in our genome, and is not connected to pharmacogenomics.

Pena (and more than a few anthropologists) point to next-generation sequencing as the way to finally find an empirical model for individual genetic variation, showing how our genes vary but also how they’re affected by the environment. UCLA kidney specialist and scientist Keith Norris recently wrote that ideally, individual genotyping and personalized pharmacogenomics could replace the reliance on risk assessment based on race or ethnicity, assuming we know enough about every gene that has to do with at least the most common diseases that afflict us. But we’re not there yet. And genes will continue to flow differently through different groups of people.

While it’s a mistake to mash all these inhabitants from one continent (and their descendants) together in a single “black” or “African” category (or, by extension, to assume all “African Americans” are genetically the same) it’s equally inappropriate to not look for variations among populations. 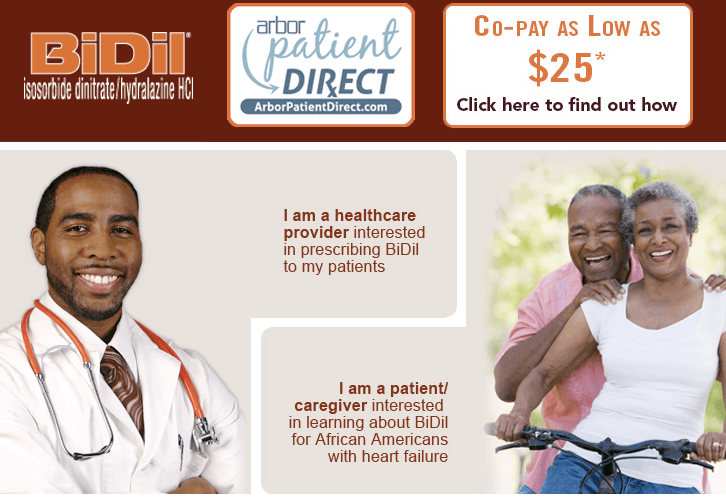 However, after the drug’s approval, researchers found that comparing the drug against certain physiological events in the body (known as endpoints), BiDil and standard heart failure therapies were equally effective. In addition, a study of physicians showed some hesitancy to prescribe Bidil, in large part because of questions about the drug’s effectiveness. Perhaps if studies accounted for populations instead of one race, a different drug — or series of drugs — may have resulted.

UCLA’s Norris also published a study on survival of kidney dialysis and how survival rates different by race. In this study, Hispanics had lower mortality rates than either whites or blacks. But, had Norris’ team not separated out Hispanic participants in the study, the data could have been interpreted to show (falsely) lower mortality rates for whites and blacks.

While the idea of race by skin color, type of hair, or personality is a controversial concept, race as the reality of a population is not. Genetic characteristics and differences (both genotype and phenotype) develop with us as we pass through generations, shaped by how we adapt to various regions of the world. These genetic changes mean that different groups of us react differently to pathogens or our genes — from bone marrow transplant reactions, to sickle cell anemia, to Tay Sachs disease. Fear of political discrimination, or post-modernist political correctness will not help us arrive at a full understanding of the patterns of these variations.