These days when you hear the word “Venezuela” you immediately think of long lines of people trying to buy food, misery and hunger. But in 2000, Venezuela was a middle-income country, with a lot of problems, but with optimistic and hopeful people. Our universities were well funded, our teachers well paid, and we were pioneers in the region in biotechnology.

We had an early sign of dark times that would come later and of the anti-intellectualism that destroyed the lives of millions of people. An experimental field of genetically modified papaya was burned by fanatical anti-GM activists, and the scientists responsible for the experiments were harassed and threatened with jail. I was in my first year in college and I got a front-row seat to the campaign of lies, fear and misinformation that was unleashed in Mérida by these activists.

All sort of rumors were told, radio interviews with naturopaths and activists, and newspaper articles claiming that we should not buy any nice and big vegetables because it was almost certain they were genetically modified (GM). Activists said that these papayas had “rat genes” that would give us the bubonic plague—Or they had caused mental retardation in newborns in Lagunillas, where the experimental field was located.

Many posters were pasted all over my beloved Mérida, claiming that GMOs were deadly, and that these activists supported life. I remember that people were scared, they were nervous, and the scientists scared, thinking they’d go to jail.

Nobody was countering these wild claims, they stood unopposed and we lost a great chance to communicate science. But I cannot blame the professors who kept a low profile.

I tried to do my bit: vandalizing their posters with my own slogans, writing my first article in a newspaper, talking on the radio, and even talking to some of these activists. Of course, I did not do a lot. I was young, naive, inexperienced and it was only me against a resolute movement. The people on my side had too much to lose and they didn’t speak. I had nothing to lose, I was full of teenage rage and bravado, it was me against the world. Of course, the world won, and I moved on to other things, but this issue always remained close to my heart. 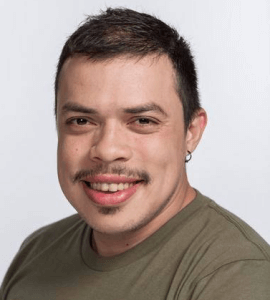 Now I realize that the version of the scientists in this story has never been told. They had remained silent all these years, after devastating losses, after witnessing the work of a lifetime being persecuted and banned, after seeing the Government of Venezuela promoting ignorance and irrational fears. I think it’s time  for us to listen to them and learn from their experience. I also want to learn how are the papaya farmers doing now. Have they solved their problems? Have the anti-GMO activists (some of them foreign) remained in touch with them and helped them take care of their fields? Are they are doing better after the destruction and prohibition of GM papayas?

We know a lot about farmers of GM papaya from Hawaii, we know they are thriving and that their fields are healthy, free of disease, and they do not need to use pesticides to get rid of the aphids that carry the papaya ringspot virus.

That’s why I want to finance a documentary about these farmers and scientists. I want to talk with them before it ‘s too late and the lessons are lost irrevocably. I also want to talk to some of these activists and see if they have changed their mind and if they think what they did then was right. In order to do this, I need your help. I need funds to pay the crew and filming expenses for a documentary telling us the highlights of the story; we also want to make a proper social and cultural study of farmers and understand how their lives have been affected by these agricultural problems.

Link to Kickstarter fundraising for the documentary

Thank you for your donations and if you can’t donate, please spread this campaign and help us to reach more people. It is important to tell this story and learn as much as possible of the tragedy that now destroys Venezuela. This prohibition was one of the first symptoms of the disease that destroyed my country: fanaticism that rejects facts. slander their opponents and never questions their mistakes.

This article originally appeared on Yes I Transgenics (I Do Want GMO’s) under the title Silenced crops: The Venezuelan Biotechnology That Could Never Be and was reposted with permission from the author.

Guido Núñez-Mujica is a computational biologist from Mérida, Venezuela. He founded the first Skeptical Association in Venezuela and co-founded LavaAmp, a biotech company devoted to making DNA diagnostics affordable and portable for developing countries, democratizing access to molecular biology techniques – work that appeared in publications like Wired, Bio Techniques and Nature.