40 years ago—on July 20, 1976—the first of two landing crafts touched down on the surface of Mars, beginning the main act of NASA’s Project Viking, the search for evidence of microbial life native to the planet. Each of the two Viking landing crafts (Viking lander 1 [VL1] and Viking lander 2 [VL2]) carried a biology package consisting of three experiments, plus there were instruments for testing the planet’s chemistry. No one had ever done anything as bold as this to look directly for Martian life. Previously, the Soviet Union had made attempts to land probes on Mars with limited success.

The Viking experiments were performed at two distinct regions of the planet’s surface that were separated by 6,500 kilometers and, taking all experimental findings together, the science team did not think there was a strong case for concluding that they had detected life.

In the words of the late astronomer and science communicator, Carl Sagan, “Extraordinary claims require extraordinary evidence.” This has been the mindset for the last four decades and many astrobiologists agree that it’s perfectly fitting. But as Mars astrobiology enters a fifth decade, it’s important to keep in mind that the Viking experiments did at least provide some not-so-extraordinary evidence in favor of life, enough to say that the overall results were ambiguous.

The Viking spacecraft departed Earth in 1975 and set down on Mars in the summer of 1976 with the basic premise that any microorganisms native to Mars would have certain things in common with terrestrial life. For one thing, organisms would be associated with organic matter; they’d be made of organics and either would consume organic matter for energy and building material, or they’d be able to produce their own organic matter, using energy from the Sun—just like photosynthetic microbes and plants on Earth.

The chemistry instrument that looked for organic matter, called a gas chromatograph-mass spectrometer (GCMS), failed to detect organics at both landing sites. Or rather, the GCMS detected only certain organic compounds in samples of Mars dirt; it found chloromethane (CH3Cl) and dichloromethane (CH2Cl2), but of these were dismissed as residues that must have been from the landers, since they’re cleaning agents that were used in the process of sterilizing the craft so as not to carry Earth microbes to Mars. It didn’t make sense that organics on the Martian surface should consist principally of CH3Cl and CH2Cl2, so the result of the search for organics was a ‘no’.

Today, the organic result from Viking looks different, because more recent missions have detected the presence of a chemical called perchlorate (ClO4–). Perchlorate enables water to exist as liquid, even with the very low pressure of the Martian atmosphere. But if present on Mars, organic compounds, including many of the compounds connected with Earth life, would be converted by the perchlorate into CH3Cl and CH2Cl2. So, if the dirt at the two Viking landing sites contains perchlorate, the organic compounds detected by the Viking GCMS were not remnants from Earth, but native to Mars.

The three instruments in the Viking biology package together produced ambiguous results. One experiment, called the pyrolytic release (RR) experiment, demonstrated the chemical conversion of carbon dioxide (CO2) and carbon monoxide (CO) into small amounts of organic matter in Mars dirt samples. That’s what you might expect from something with biochemistry similar to a plant, but here’s the rub: it happened both when dirt samples were exposed to ultraviolet (UV) light and also in samples kept in the dark. That’s actually a negative result; it suggests a non-biological, chemical reaction occurring in the Martian dirt. 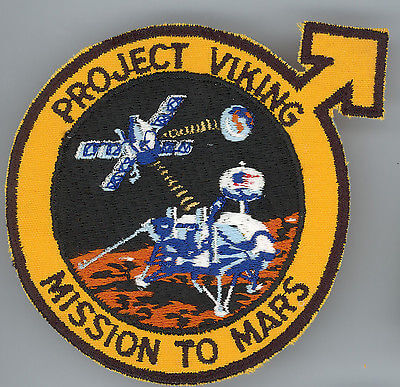 But another experiment, the labeled release (LR) experiment, found that Martian dirt treated with a mixture of organic compounds, a kind of snack, converted the compounds to carbon-containing gas, such as CO2 or methane (CH4). This happened in several samples taken at both landing sites after samples were placed directly into the LR instrument, but it did not happen if, prior to testing, dirt samples were heated to temperatures high enough to kill all Earth microorganisms.That finding was suggestive of the presence of Martian life.

The third biology experiment—called the gas exchange (GEx) experiment—failed to detect evidence of life. This did not negate the results of the LR, but after the GCMS apparently failed to detect organics, the consensus was that the LR response must have been caused by some chemistry in the dirt that mimicked life and had yet to be understood. Such a chemical cause would have to be rendered inactive by heat, and has yet to be demonstrated.

Anticipating that a non-biological chemistry mimicking life will never be demonstrated on the Red Planet, LR principle investigator, Gilbert Levin, and his co-investigator Patricia Straat, maintain that their experiment actually did detect Martian life 40 years ago.

“Each proposed chemical explanation has been rebutted,” the 92-year old Levin told me last month when we chatted about the Viking legacy that’s being celebrated now at NASA’s Langley Research Center, in Virginia.

“Another thing to bear in mind is that of the thousands of LR tests on Earth soils—pure, mixed, and wild cultures of microorganisms—none has ever produced a false positive or false negative!” Levin added. “That’s a pretty astounding qualification for any experiment!”

Given the new understanding of Mars with respect to perchlorate, the eventual demonstration of the presence of organic matter looks highly probable, which may add weight to Levin’s claim that his experiment found Martian life. But the astrobiology community will want evidence stronger than the results of the LR performed on Mars four decades ago.

One way to provide such evidence could involve an updated form of the LR, one that looks for differences in response to “left-handed” versus “right-handed” chemical compounds. Just like your right and left hands, organic compounds exist in 3-dimensional mirror image forms that cannot be superimposed on one another. The phenomenon is called chirality and left and right forms of molecules have differing chemical behaviors. Thus, all life on Earth uses only left-handed amino acids to make proteins, and uses only right-handed sugars.

In its first proposed form, Levin’s LR would have tested left-handed and right-handed compounds separately, such that if one chiral form produced gas in Mars dirt and the opposite form did not, that would be an unambiguous indication of life. Due to Viking weight restrictions, however, Levin and Straat had to combine their test compounds into a single mixture containing both left-handed and right-handed forms, so the dirt heating was added as a less ideal control condition. But today, miniaturization technology would enable more to be sent, but consuming less space and mass.

“Pat and I submitted several proposals for a chiral LR to NASA over the years, but were always rejected with the flat statement that no life detection tests would be funded,” Levin said. But he keeps trying, now with the goal of getting his chiral LR integrated into an experiment called HABIT, slated to travel to Mars in 2020 as part of the joint European Space Agency/Russian Federal Space Agency ExoMars project.

It may prove the existence of Martian life, or perhaps not, but one message of the endeavor stands undisputed: searching for life on another planet requires patience.