‘We Love GMOs and Vaccines’ back, as Facebook lifts block: Neidenbach on home planting of GMOs

Note: This is the first post since Facebook, in an unprecedented move, restored the  We Love GMOs and Vaccines page. Usually Facebook takes one month or more before even considering whether to restore a censored site. It’s accessible here, and the author, Stephen Neidenbach, allowed us to repost his new post in full.

There is a lot of emotion these days surrounding the use of seeds created with genetic engineering. Some groups have grown concerned about associated pesticides and what they see as corporate control. Scientists tell us that the technology is beneficial and poses no additional risk compared to other breeding methods.

I wanted to find this out for myself. In March, I contacted Rupp Seeds, one of many suppliers of seed for farmers. The immediate problem I faced was that of scale: I live in a very small Annapolis duplex with a lawn that takes me about five minutes to cut. Transgenic seeds are more expensive and only economical for large scale farming, where the increased costs are offset by savings in other areas. The smallest quantity I was able to purchase was a package of 2,500 sweet corn seeds and 1,000 squash seeds. At about $45 for each bag of seed, this was going to be an expensive experiment.

Rupp had me complete two technology user agreements, one for each crop. These are the controversial agreements farmers must sign to use the patented seed. I agreed not to sell the seeds to others, and not to save any for future years. Part of the increased cost for the seed is due to the production and regulatory red tape biotechnology companies face, and they want to recoup their expenses with patents. These patents last about 20 years, and some of the first GE crops are already coming off patent. 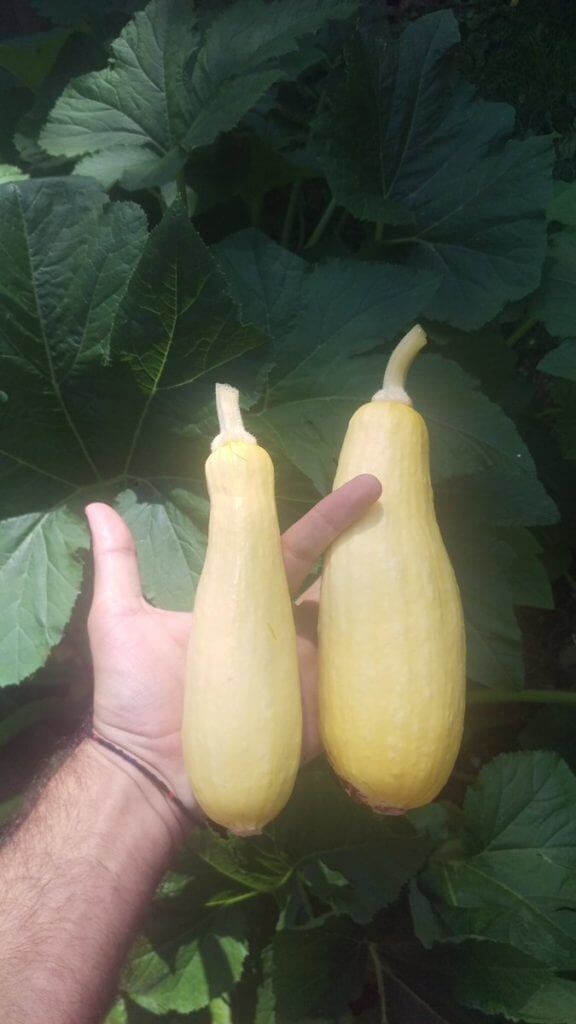 I was not prepared for the squash. I planted nine seeds resistant to different diseases. Essentially they were vaccinated as proteins from the viruses were inserted to create immunity. This should allow farmers that plant these varieties to use less fungicide. Each squash plant just kept growing, invading a large chunk of my back yard. When the squash is harvested, more grow in its place. Next year one seed is all my family needs for a summer of squash it seems.

The corn is a bit more controversial. The Seminis variety Obsession II is glyphosate tolerant and contains a gene from the naturally occurring bacteria bacillus thuringus (an organic insecticide). I accidentally killed my first batch. When a few weeds started growing I wanted to test out the herbicide tolerant trait. It turns out the Roundup sold in stores to homeowners contains an additional herbicide called pelargonic acid. The corn was not tolerant to pelargonic acid and died quickly. 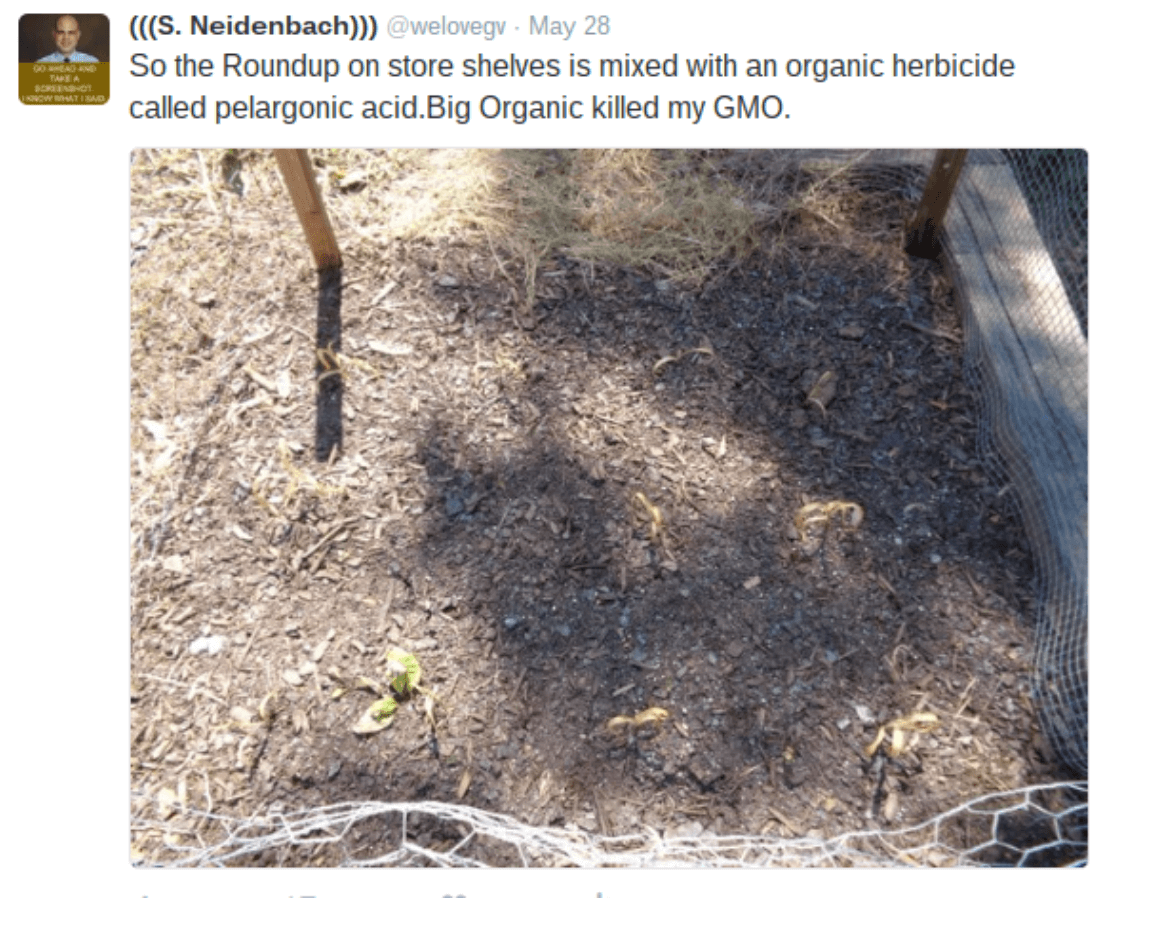 My second planting went quite well, but I was mildly disappointed to discover that I never even got the chance to spray glyphosate on them. These fast growing stalks quickly out competed the weeds for sunlight. The idea that farmers are out there “drenching” their corn in glyphosate is one of the greatest internet myths out there. The amount sprayed will certainly vary by climate conditions and month planted. But long before anything known as food emerges from the stalks the sun will be prevented from reaching the weeds. 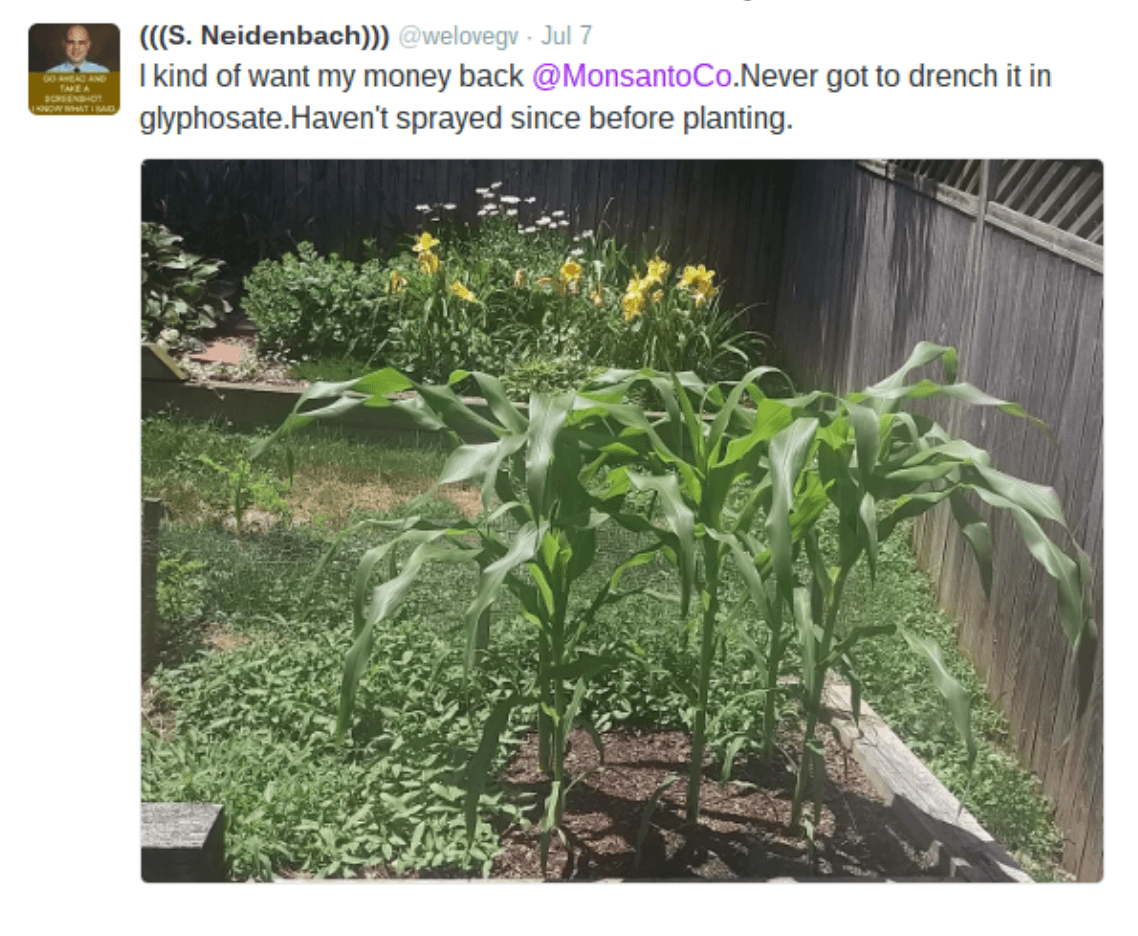 It is a shame that seed companies do not yet offer any biotech traits for the home market. A big part of the reason the anti-biotechnology movement became so strong was simple lack of exposure to the technology. Many in the organic movement like to “grow food not lawns”. That is a sentiment I can get behind. There is something special about my children learning how our food is grown. I challenge people to take this a step further and grow their own GMOs and show their neighbors and friends that there is nothing to fear.

Stephan Neidenbach is a middle school teacher in living in Annapolis, MD. He holds a BS in business administration from Salisbury University and a MS in Instructional Technology from University of Maryland University College. He started and runs the Facebook group We Love GMOs and Vaccines, follow him on twitter @welovegv.