Men are from Earth, women are too: Sexes not so different when it comes to sex

Are men really from Mars and women from Venus, when it comes to desire, relationships, and sexual arousal?

Folklore, marketing, and until recently even the approach to mental health, all have worked on the assumption that men and women are inherently different when it comes to romance. However, the belief does not dovetail with actual research. There are gender differences in sexual behavior, to be sure, but with certain phenomena—arousal by visual stimulus, speed of arousal, tendency for promiscuity, and capacity to enjoy sex to name a few—women are actually much more similar to men than they are often assumed to be.

Hysteria and perception of women’s sexuality in psychiatry

In common usage, the word hysteria connotes a state of uncontrolled excitement, but it has a more specific meaning in psychopathology, which has roots far back in history. In Greek, hysteria (υστερια) is derived from the word for uterus. For thousands of years, the term was used to describe conditions manifesting with a variety of symptoms, such as anxiety and panic, depression, hallucinations, paralysis, phobias, palpitations, and menstrual problems.

For most of history, it was thought that only women were affected, and initially the uterus was believed to be the origin of the problem. According to the ancient Greek physician Hippocrates, physical and psychological problems were triggered by the wandering of the uterus throughout a woman’s body. Both Hippocrates and later the Roman physician Claudius Galen emphasized the involvement of the uterus as one way to distinguish hysteria from epilepsy. As time went on, ancient physicians developed all sorts of variations of the idea, including that the uterus could be triggered to wander about due to inadequate sexual stimulation or lack of fertilization. 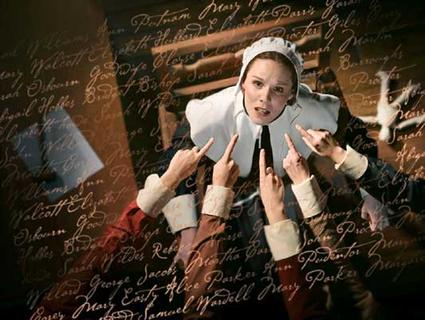 It was not until the 17th century that English physician Thomas Willis (1621-1675) proposed that hysteria was rooted in the brain. By that time, hysteria had become associated with religion—such that a woman experiencing any kind of psychological or neurological distress was thought to be involved in witchcraft. Women were considered weak and susceptible to the influence of Satanic forces. In all likelihood, these were cases of psychiatric illness triggered by stress, sometimes affecting several women at once. The most infamous example occurred in Salem, Massachusetts in 1692-3.

By the 19th century, devils were no longer considered to be the cause, but Sigmund Freud and his contemporaries studied the phenomenon of hysteria and understood that it could afflict men too. Indeed, to a large degree, the emergence of the very field of psychiatry can be attributed to the study of the hysteria phenomenon.

When early editions of the American Psychiatric Association’s Diagnostic and Statistical Manual came out in the 20th century, hysteria was among the conditions described with specific criteria for diagnosis. Today, however, hysteria is a broadly applied term that encompasses four categories of conditions: somatization disorder, conversion disorder, dissociative disorders, and borderline personality disorder. These categories all involve some combination of the various physical and mental symptoms mentioned earlier, but what this illustrates is that culturally there has been a conception that mental disturbance, inappropriate or uncontrolled movement, and sexual disturbance in women are all connected in some way.

Old habits die hard. Mary Roach, the author of numerous books popularizing the science of the human body, once learned of a woman who would orgasm every time that she brushed her teeth. Her dentist was interviewed, and you might have expected to get a report of excellent oral hygiene for such a woman. But, as it turned out, she switched from brushing to an all mouthwash regimen, believing her special ability to be the work of demons.

And modest myths are more pervasive. With the cultural baggage connected with hysteria, our society has accumulated a good number of assumptions concerning the relative sex drive of females compared with males. Recently, Big Think highlighted a book by journalist Daniel Bergner, titled What Do Women Want? the essence of the review being this:

The idea that women are less sexually desiring than men is an idea that has been ingrained in society for a fairly long time. Women aren’t expected to be turned on as often as men are, and often it’s said that it is more difficult for women to be turned on in the first place. While men have been known to wear their sexualities on their sleeves, women have been taught and trained to be more coy. According to studies by Meredith Chiver, and here discussed by Daniel Bergner, the way society thinks of women is far from accurate.

Bergner’s work is written around Meredith Chiver’s research, but that research is part of a trend of studies that are gradually undoing ideas about female sexuality that are ingrained in the minds of men, but also in the minds of many women themselves.

Related article:  Seeing patterns that aren't there? Understanding how the brain forms opinions — And implications for science

One such idea is that low sex drive in woman results purely from their thoughts, rather than from some definable biological mechanism. But for years physicians have been offering drug treatment to treat what’s called hypoactive sexual desire disorder (HSDD), estimated to afflict roughly 1 in every 10 women. A fairly new agent, flibanserin is thought to work against HSDD by adjusting the balance between the neurotransmitters norepinephrine and dopamine, which trigger sexual excitement, and serotonin, which does the opposite.

“Men have a number of treatment options for sexual dysfunction,” said Cindy Whitehead, CEO of Sprout Pharmaceuticals, the company that makes flibanserin, during a clinical study of the drug last year. “Up until now, the treatment paradigm for women with sexual dysfunction has essentially been: Let’s take a drug that works in men and let’s see if it works in women.”

The libido drugs for men—sildenafil (Viagra®) is the most popular—work by increasing blood flow through the genitals themselves. This may suggest that when men have a libido problem it’s a blood flow problem, but men too can lose interest in sex due to social and psychological factors.

There’s a popular idea that women require a much longer time than men to warm up to sex, but studies show that this is false. When shown pictures of penises, for instance, female subjects arouse easily. Researchers have even tested images of erect versus flaccid penises; the science is sophisticated.

Another long-held assumption has been that men tend to want attractive, younger women myth, whereas women seek men of power. But peer-reviewed studies in which subjects were put through various speed-dating scenarios have show that both genders prefer both beauty and power in their mates. 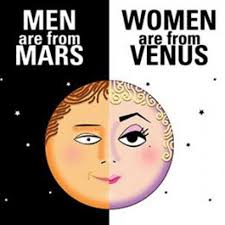 It’s also assumed that men want more sex partners compared with women, desire casual sex more, and that women overall have fewer orgasms. But a fascinating article “Men, Women, and the Bedroom,” published by sex researcher Terri Conley and four colleagues at the University of Michigan dispels these notions.

There’s also a notion floating around that men think about sex more than women do, but a study published in 2011 involving college students, found that this was only partly true. Whereas males in college do report thinking about sex more than their female classmates, the men also reported thinking more about sleep and food.

Now that hysteria is no longer a specific condition acknowledge by psychiatrists, society itself is gradually shedding the myth too. Writing for Psychology Today in 2012, Susan Krauss Whitbourne Ph.D. pointed out how the world of cinema has become more open to present stories highlighting the female libido:

Women are flocking to Magic Mike like bachelorettes to a Chippendale party. However, this isn’t the first movie to appeal to women’s lustier tastes. Though the story line may be lighter than its 1997 predecessor, The Full Monty, both movies share a fascination with the male body in motion. The Full Monty did exceptionally well in the box office itself, becoming the top grossing film in the UK until the release of Titanic later in the year.

Krauss Whitbourne goes on to point out that explicitly ‘sexually aware female protagonists’ have actually been around for almost a century if we expand the examples from cinema to literature:

We only have to think back to 1928’s Lady Chatterly’s Lover, written by D.H. Lawrence (and banned in its entirety until 1960), to realize that female sexuality has been the driving force behind the success of plenty of literature, from the so-called “bodice rippers” to Erica Jong’s 1973 Fear of Flying, which introduced the unforgettable phrase “Zipless F***” into popular parlance.

As for why it took longer for movie directors and writers to highlight the female libido compared with novel writers and publishers, Krauss Whitbourne had a fairly cynical explanation: “On a date, the man usually pays… It’s easier to get a man to take a woman to a chick flick if some of the chicks flick off their underwear,” she wrote. “When you’re trying to sell movie tickets, make sure that the guy who’s buying will be satisfied with your product.”

But now that women are more often paying customers, the perspective of directors and producers has changed, so we can expect more movies in the years to come getting into the sexual motives of women the way that film used to do only for men.